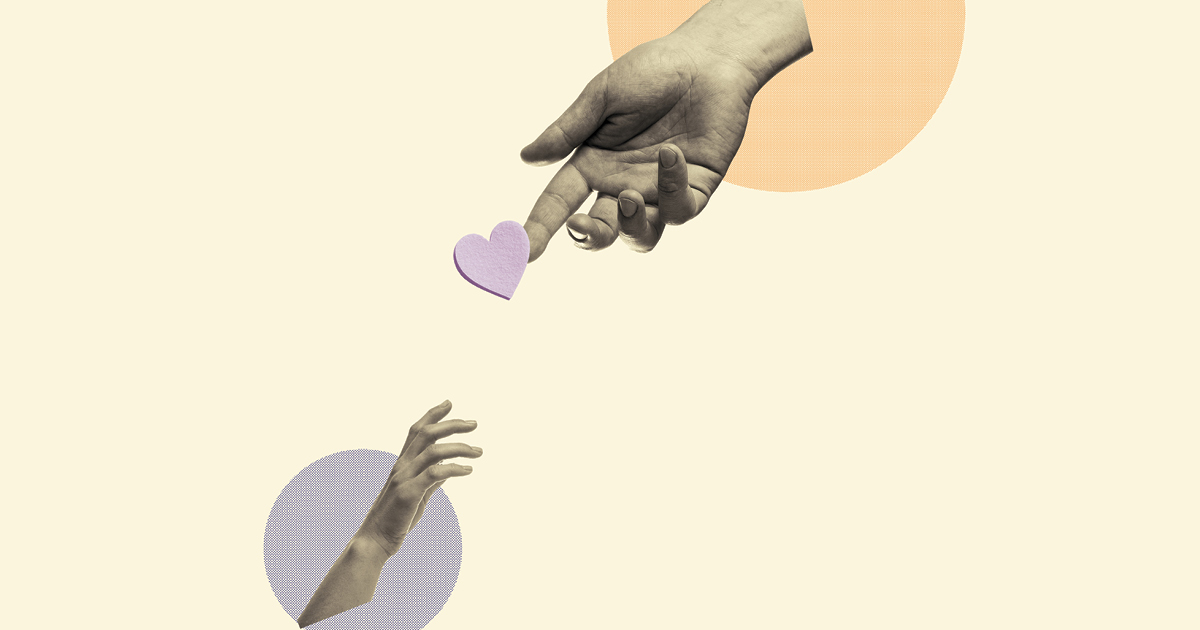 Resurrection Revelations: How Jesus Honoured Women and Men and Still Does

We Cannot Continue to Pit Women’s Pasts Against Them

Women were instrumental in Jesus’s ministry. They welcomed him into their homes, provided for his needs physically and financially. They were last at the cross and first at the tomb. The New Testament records multiple times when Jesus sought out and empowered women. His relationship and connection with them contrasts dramatically with that of men, as demonstrated on the first Easter morning.

The Gospel writers recount Resurrection Day with varying degrees of detail and perspective. Luke shares an extended account of Jesus walking alongside two disciples on their way to Emmaus (Luke 24:13–35). John gives a detailed account of Mary Magdalene encountering Jesus at the tomb (John 20:11–18). These two accounts have much in common—and much that is different. The men seem to respond mostly with their heads, while Mary Magdalene’s heart is wholly engaged. What can we learn from this?

Learning with Our Minds: The Road to Emmaus

Luke 24:13–35 tells of an encounter two disciples have on their way from Jerusalem to Emmaus, a village within walking distance of Jerusalem. The journey gives them ample time to discuss the events of the past three days, including the startling news Mary Magdalene and the other women had brought to them that resurrection morning. While engrossed in conversation, a third person falls in step with them and asks what they’re talking about. Neither of them yet recognises Jesus; in fact, Luke specifically says in verse 16 that they are “kept from recognising him.”

Astonished that this stranger is unaware of recent events, the men fill him in. They focus on unsentimental facts and chronology; they are eyewitnesses to the crucifixion whose only apparent emotion is amazement (v. 22).

After his opening enquiries, it’s interesting that rather than reassure them, Jesus first rebukes them for failing to see how all the evidence comes together. He then methodically and meticulously unfolds the Old Testament prophecies, following the scarlet thread of Messianic promises, to explain that the man they speak about could only be the promised Messiah.

This must have been the most extraordinary and anointed Bible study of all time. Had the men realised who Jesus was earlier, they would have missed this teaching, which traced God’s plan for his people from earliest times to its fulfilment over the past three days. They needed to have this unpacked for them. Jesus doesn’t appeal to their emotions, but to their intellect. He carefully lays out the truth, like a first-century jigsaw puzzle.

Still recognition does not dawn.

Jesus’s explanation piques their interest, arouses their curiosity, and stirs a spiritual hunger within them. With evening approaching and with good eastern hospitality, they invite their unknown companion in to share food together. Having broken open the Scriptures, Jesus now gives thanks and breaks bread. In this moment, the two disciples are finally allowed to recognise Jesus. For an instant they see him before he vanishes. They aren’t instructed to carry this news to anyone, but they are sufficiently re-energised by the enormity of what has just unfolded that, open-mouthed, they hot-foot it back to Jerusalem, where they see Jesus again in the upper room together with all the disciples.

There is a final clue in Luke’s account that points to a new way of divine communication. In reflecting on their strange experience, they ask the question in verse 32, “Were not our hearts burning within us while he talked with us on the road and opened the scriptures to us?” Although the men responded to an appeal to their cognitive understanding, their emotions began to engage in a new way in the presence of the resurrected Jesus. Although the Holy Spirit was not poured out until Pentecost, he was clearly at work in this moment.

Responding with Our Hearts: The Empty Tomb

Compare the Emmaus encounter with the simpler meeting Jesus has with Mary Magdalene in John 20:11–18. Here she stands crying near the empty tomb, confused and distressed. When Jesus appears in front of her, she assumes he is the gardener. She asks him where they’ve taken Jesus’s body.

He says just one word: “Mary.”

There is no Bible study, no trawling of ancient texts, no examining of doctrine, no exegesis of theology. Jesus simply speaks her name.

The relationship Mary Magdalene has with Jesus is dramatically, radically different from that of the two Emmaus walkers. Mary Magdalene’s heart was engaged, not just her head. Perhaps this is only natural when we remember Mary’s story. She was miraculously made whole by Jesus after a life of torment and oppression by evil spirits. Luke 8:2 tells us that she had been host to seven demons. Whether that’s a numerical reference, or use of the biblical number of completeness to indicate how riddled she was with them, we can only imagine the freedom and relief she must have experienced once Jesus had dealt with them.

Mary embodied a heart of gratitude and devotion in not only following Jesus from this time, but supporting him financially and being present in the dark hours of his crucifixion. Her response reveals an intimacy, a sensitivity, and a spiritual awareness we don’t see with the men. It’s interesting that Mary’s resurrection day story is recorded by John, “the disciple whom Jesus loved” (John 13:23), a man who was not embarrassed by love for his rabbi and master.

Unlike the Emmaus story, Jesus doesn’t disappear once Mary realises who he is. Instead, she is given a specific message to give to his disciples and must tear herself away to deliver it.

This is extraordinary. A woman is commissioned to carry news of Jesus’s resurrection even though her testimony would rarely have been admitted into a contemporary court of law. Jesus trusts and empowers her while simultaneously giving the disciples the opportunity to widen their circle of trust and embrace her joyful news.

Luke’s account suggests that the men had a cognitive understanding of Jesus and perhaps therefore, a more distant, less invested relationship. But, with a single word, Mary Magdalene recognised him. Do we long for him to whisper our name in that way? How he must long for both women and men to respond as quickly and with such devotion.

We’ve seen that Jesus entrusted news of his resurrection to women; something that was jarringly out of step with the culture. It shows the honour Jesus gave to his female disciples. It underlines the veracity of his resurrection too. A fictitious tale would never have cited women as the bearers of this news, let alone one with the troubled history of Mary.

A Body Unified in the Heart and Mind of Christ: Women and Men Working Together

The emotional, visceral connection Mary Magdalene had with Jesus is a vital, foundational component of relationship with God. And so is the thoughtful, intellectual connection the Emmaus disciples had. We are being shown that women and men in oneness must both represent God to see his kingdom truly come.

Just as a family flourishes with both a father and mother, so it is in the family of God.

This should not surprise us. Right back in Genesis 1 and 2, it’s clear that God made and commissioned Adam and Eve to rule, subdue, and fill the earth together. It was a joint mandate reflecting the character and nature of our Triune God—and it was “very good” (Gen. 1:30). Father, Son, and Holy Spirit live and function in complete unconditional and serving love, in a relationship of mutual honour. This is the same oneness which women and men are to demonstrate as a reflection of the fullness and nature of God. It is not about hierarchy, chronology, position, or importance.

Neither is it just God and men, or God and women, that we desperately need in the kingdom, but the biblical oneness of women and men working together. Without this we rob the world of seeing and knowing what God is truly like. God’s image becomes warped. Only together can women and men faithfully represent and reflect the oneness nature of God.

Paul says we are all, “God’s handiwork, created in Christ Jesus to do good works, which God prepared in advance for us to do” (Eph 2:10). “Us” means women and men. We each have tasks to complete that God has specifically devised and ordained. Only when we work together will we truly see God’s kingdom come, flourish, reproduce, rule, subdue, and disciple others. It’s not a job for only half of God’s workforce and family.

Yes, we are often different in the way we process ideas, thoughts, and feelings. Some of us might lead with emotional intelligence, like Mary Magdalene. Others might lead with intellectual intelligence, like the two disciples on their way to Emmaus. But let’s be clear: it is our individual gifting from God that determines which way we will lean, not our gender. Both approaches—from the heart and from the mind—are not only valid, but crucial, for the health of the body of believers, and to rightly represent God.

Jesus entrusted the good news of his resurrection—the best news in all of history—to women as well as men. They carry it still and should be empowered to do so effectively, so that all might both hear of the saving grace of Jesus and see the true nature and character of God through women and men working together in oneness of the same heart and mind.