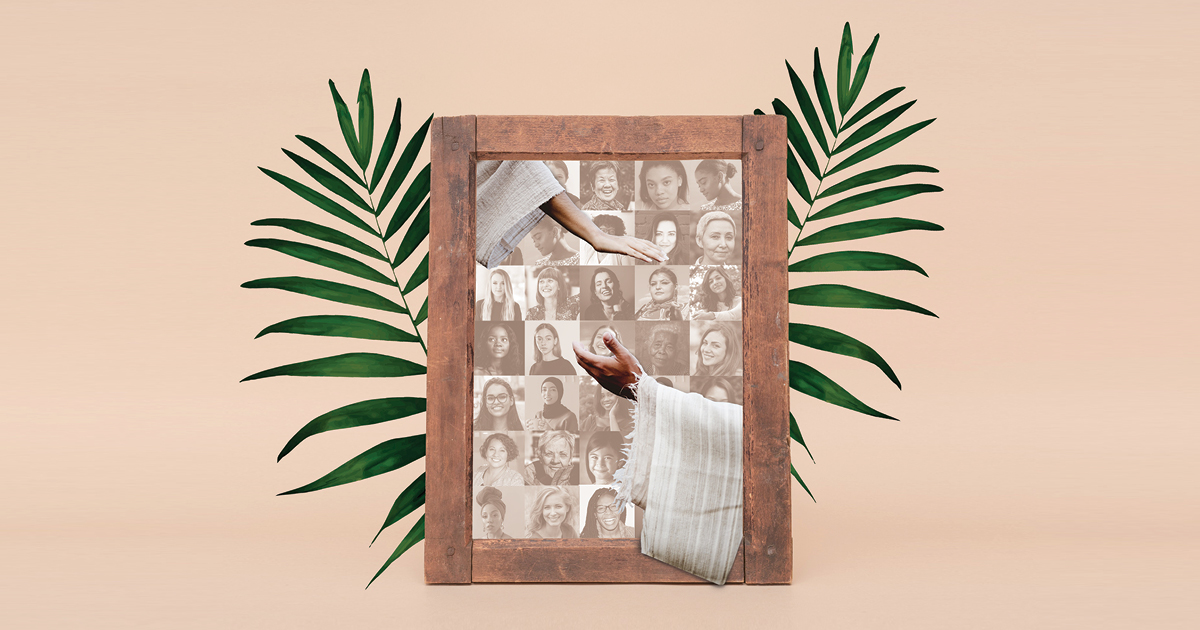 I often wonder whether we truly believe that God’s Spirit speaks to us through Scripture.1 If the Bible is our guide in life and faith, why do we prioritize the voices of biblical men, giving them more authority than the biblical women we also encounter? Perhaps this helps explain why my students—women and men alike—have trouble naming more than a handful of biblical women when surveyed at the beginning of my course2 compared to the many they know during finals.

The devaluing of biblical women is particularly perplexing given the experiences of women cited in the Gospels. Women disciples followed Christ from town to town. They sat at his feet as students and financed his missionary work. Women witnessed Christ’s miracles, including and supremely his death and resurrection! Christ greeted women at the highest moment of human history—Easter morning.

One woman stands above the others.

Luke introduces Mary Magdalene as one of the women who traveled with the disciples (8:2). Delivered from seven demons by Christ (Mark 16:9), could this have inspired her devotion as a disciple and patron who helped fund Christ’s missionary activity? The fact that she’s not identified through a family connection breaks rank with “cultural paterfamilia (male-head of family)”4 expectations, suggesting she is an older woman with financial capacity.

Even more astonishing, Jerome (347–419/420) suggests that Mary’s second name, “Magdalene” or magdala, means “tower” of light, an honor given to her not vicariously through her male-head but through her own character as a “beacon” of Christian faith.5 After all, Mary is often mentioned first among Christ’s female disciples (Matt. 27:56, 61; 28:1; Mark 15:40, 47; 16:1; Luke 8:2-3; 24:10).6 Because she also witnessed Christ’s crucifixion (Matt. 27:50-56; Mark 15:32-40; John 19:25) and his burial (Matt. 27:61; Mark 15:47), Mary knew, beyond a shadow of doubt, that Christ was dead and buried, as we recite in the Apostle’s Creed. Unlike any other disciple or follower of Christ, Mary Magdalene was among the first to witness Christ risen from the dead (Matt. 28:10). She holds the longest private conversation with the risen Christ, and he sends her to tell the other apostles the news that he is ascending to “my Father and your Father, to my God and your God” (John 20:14–17). Christ tells Mary she has a family association, and it is the same as Christ’s! She belongs to the Jesus clan, and Mary is Christ’s first apostle.

Outstanding among the men and women disciples, Mary joins a company of distinguished women apostles—celebrated by male apostles like Paul, who named Junia as prominent also among the apostles (Rom. 16:7). Mary, the woman whom Christ called by name to spread the joyous news to those who would, like her, become apostles, evangelists, and church planters. If ever there was a person in the Gospels to learn from, to follow by example, and to honor as an apostle among apostles, it is Mary Magdalene. It’s not about her gender—it is about her calling, her deliverance, her devotion, and her towering faith. Her story is part of God’s Word and speaks to us with spiritual authority. Thanks be to God.

[1] In honor of Gordon Fee and his book, Listening to the Spirit in the Text (Grand Rapids: Eerdmans, 2000).

[2] Teaching Women in History and Theology at Fuller Theological Seminary—an institution that requires faculty to fully support the ordination of women—I often notice a significant learning curve in students’ familiarity with biblical women as the course progresses.