Get our quarterly print editions delivered to your home or office.

Priscilla Papers, the journal of CBE International, serves as an academic instrument for furthering the mission of CBE, “to promote the biblical message that God calls women and men of all cultures, races, and classes to share authority equally in service and leadership in the home, church, and world.” Priscilla Papers publishes interdisciplinary, evangelical scholarship on topics related to a biblical view of gender equality and justice. Essential to an academic journal is a group of scholars who ably advise the editor. Priscilla Papers is pleased to have a fourteen-member Peer Review Team to serve this purpose. A brief summary of the three-level process follows:

1. Articles are first evaluated by the editor, Jeff Miller, to ensure they are high-quality and support the nature and mission of the journal.

2. Articles that meet with approval of the editor are then sent to a member of the Peer Review Team whose expertise encompasses the topic of the article. The reviewer has the responsibility of assessing an article’s quality as thoroughly researched and carefully argued. The reviewer accepts or rejects the article and gives advice for improvement when appropriate. It should be emphasized that our review process is confidential and double blind: the reviewer does not know who the author is and vice versa.

3. Articles that receive peer review approval are then improved on the basis of the reviewer’s advice (where appropriate) and sent to CBE president and Priscilla Papers publisher Mimi Haddad for final approval. Haddad holds a PhD in historical theology and teaches at Fuller Theological Seminary. She further ensures that the articles are indeed suitable to the journal’s nature and mission.

4. In summary, each article is evaluated by three academic adjudicators: the editor, a peer reviewer, and the publisher.

5. The process outlined above concerns articles. Priscilla Papers also publishes book reviews and, occasionally, sermons. These publications are of a different nature and require approval from the editor and the publisher, not from a peer reviewer.

Brief descriptions of the credentials of the Peer Review Team and the editor are given below. 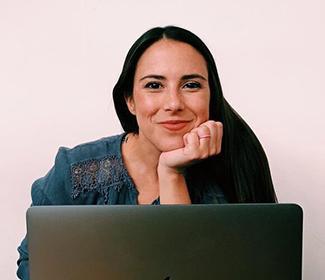 Katrina “Kat” Armas holds MDiv and MAT degrees from Fuller Theological Seminary in southern California. She has published in several venues, including Sojourners, RELEVANT, Fathom Magazine, and CBE’s Mutuality and Priscilla Papers. She is affiliated with Fuller Youth Institute, Missio Alliance, and other ministries. Her book, Abuelita Faith: What Women on the Margins Teach Us about Wisdom, Persistence, and Strength (Brazos Press 2021), speaks from the intersection of women, Scripture, and Cuban identity. She also explores these topics on her podcast, “The Protagonistas,” which centers the voices of Black, Indigenous, and other women of color in church leadership and theology. Read and listen to more from Kat at www.KatArmas.com. 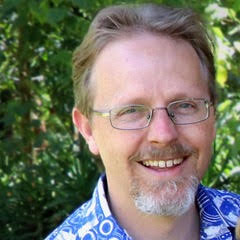 Joshua Barron holds an MDiv from Emmanuel Christian Seminary and is a PhD candidate in World Christianity at Nairobi Evangelical Graduate School of Theology. He and his wife Ruth have ministered in Kenya with the Community Christian Churches and the Africa Inland Church for over fifteen years, as well as the Maasai Discipleship Training Institute and the Community Christian Bible Training Institute. A staff member of the Association for Christian Theological Education in Africa (ACTEA), Joshua has published research in Priscilla Papers, Conspectus, Global Missiology, International Review of Mission, Journal of African Christian Biography, Journal of Chemical Physics, Missio Dei, Stellenbosch Theological Journal, and the Journal of Language, Culture, and Religion. 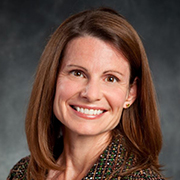 Lynn H. Cohick holds a PhD in New Testament and Christian Origins from the University of Pennsylvania and is Provost/Dean and Professor of New Testament at Denver Seminary. Her publications include Women in the World of the Earliest Christians (Baker Academic 2009) and Christian Women in the Patristic World (with co-author Amy Brown Hughes, Baker Academic 2017), as well as several commentaries and a long list of essays and journal articles. Dr. Cohick holds membership in the North American Patristics Society, the Society of Biblical Literature, the Evangelical Theological Society, and the Institute for Biblical Research. 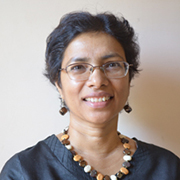 Havilah Dharamraj is the Head of the Department of Biblical Studies at the South Asia Institute of Advanced Christian Studies (SAIACS) in Bangalore, India. Her academic degrees include an MS in biochemistry, an MA in Christianity, and a PhD from the University of Durham, UK. In addition to various academic articles, she is author of the books, Ruth: A Pastoral and Contextual Commentary (Langham 2019), Altogether Lovely: A Thematic and Intertextual Reading of the Song of Songs (Fortress 2018), and A Prophet Like Moses?: A Narrative-Theological Reading of the Elijah Stories (Paternoster 2011), as well as an editor of South Asia Bible Commentary: A One-Volume Commentary on the Whole Bible (Zondervan 2015). With a keen interest in storytelling, she promotes the use of the various Indian storytelling traditions for preaching and teaching. 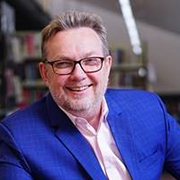 Tim Foster is Vice Principal of Ridley College in Melbourne, Australia, where he teaches in pastoral theology and New Testament. He holds degrees from Moore Theological College, the University of Sydney, and the University of Technology, Sydney, as well as a DMin from Fuller Theological Seminary. Tim has filled several pastoral roles and is a member of the Evangelical Theological Society. His several publications include “1 Timothy 2:8–15 and Gender Wars at Ephesus,” which appeared in Priscilla Papers in the summer of 2016. 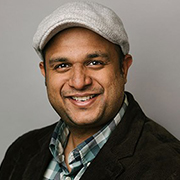 Nijay Gupta teaches New Testament at Northern Seminary near Chicago, Illinois. He holds ThM and MDiv degrees from Gordon-Conwell Theological Seminary and a PhD from the University of Durham, UK. Dr. Gupta is prolific as an author and editor, and he serves the guild of biblical studies in a variety of ways. In seminary, Gupta was a teaching assistant for the late Dr. Catherine Kroeger, a founder of CBE. 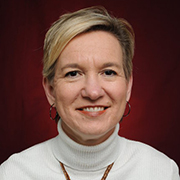 Susan Harris Howell, Ed.D. is Professor of Psychology at Campbellsville University in Campbellsville, Kentucky. She has published extensively on the topic of gender equality and is the author of Buried Talents: Overcoming Gendered Socialization to Answer God’s Call. Dr. Howell is a member of the American Psychological Association and the Christian Association for Psychological Studies. 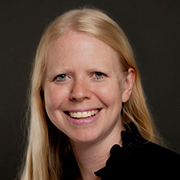 Loretta Hunnicutt is Professor of History at Pepperdine University in Malibu, California. She holds an MA from Pepperdine and a PhD from Georgetown University, Washington, DC. In addition to journal articles and encyclopedia contributions, she has published the book, The Life of Selina Campbell: A Fellow Soldier in the Cause of Restoration (University of Alabama 2001) and is finishing a book on women in the history of the Christian Churches and Churches of Christ. 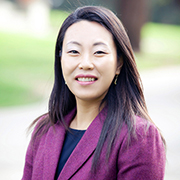 Kyong-Jin Lee teaches Old Testament at Fuller Theological Seminary in southern California. She holds an MTS from Harvard Divinity School and a PhD from Yale University. Her research interests center around the post-exilic writings of the Old Testament, together with their social, political, and theological contexts. In addition to various shorter publications, she has authored the book, The Authority and Authorization of Torah in the Persian Period (Peeters 2011). She is a member of the Catholic Biblical Association, the European Association of Biblical Studies, the National Association of Professors of Hebrew, and the Society of Biblical Literature. Dr. Lee grew up in La Paz, Bolivia, in a missionary family. 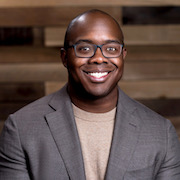 Esau McCaulley is an associate professor of New Testament at Wheaton College in Wheaton, IL. His first book, Sharing in the Son’s Inheritance was published by T & T Clark. His second book Reading While Black: African American Biblical Interpretation as an Exercise in Hope was published by IVP Academic. It won numerous awards including Christianity Today’s book of the year. He is a contributing opinion writer for the New York Times. His writings have also appeared in places such as the Washington Post, The Religion News Service, and Christianity Today. 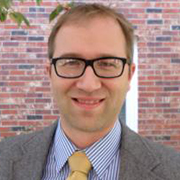 Adam Omelianchuk holds an MA in philosophy from Biola University’s Talbot School of Theology and a PhD in philosophy from the University of South Carolina. He has published articles in various journals, including Philosophia Christi, Priscilla Papers, Theoretical Medicine and Bioethics, and the Journal of Medical Ethics. He is active in several philosophical societies and has post-doctoral experience in healthcare ethics. 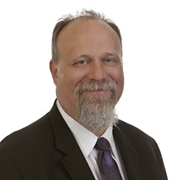 Charles Pitts taught Old Testament, Hebrew, and Biblical History at Houston Graduate School of Theology in Houston, Texas, for sixteen years. He is currently an adjunct instructor and teaches AP History at an urban high school in Houston. He earned the MDiv and PhD degrees from New Orleans Baptist Theological Seminary. He holds membership in the Society of Biblical Literature and the Association for the Scientific Study of Religion. Dr. Pitts is active in local church ministry and with the organization, United against Human Trafficking. He has written papers on Jeremiah and social justice issues, such as human trafficking and race relations. 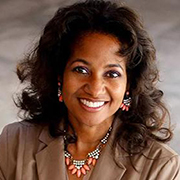 Rev. Dr. Angela Ravin-Anderson created and founded the Streams in the Wasteland Leadership Institute that offers leadership development training programs to nonprofit, parachurch, and church organizations, as well as a specialized training program to equip and prepare women as leaders based on their unique personalities, passions, and spiritual gifts to minister to the marginalized. She is an ordained minister with a true passion for seeing the people of God become an authentic expression of God’s love. Along with her work in ministry, she has worked in the Healthcare industry as a hospital administrator and a management consultant for over twenty years. She and her husband of thirty years, Herbert Anderson, are the proud parents of their daughter, Peyton Marie. 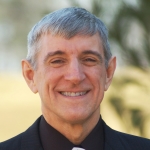 Rev. Dr. William David Spencer ThD, ThM, MDiv)is Distinguished Adjunct Professor of Theology and the Arts at Gordon-Conwell Theological Seminary, Boston. He has served as street minister, music and evangelistic coffeehouse minister, campus minister, adult literacy teaching coordinator, seminary professor, and founding pastor of encouragement in a store front egalitarian church. He was CBE’s editor of;Priscilla Papersfor a decade (being blessed with its Lifetime Achievement Award), co-founder of the House of Prisca and Aquila Series andAfricanus Journal. In all his endeavors, he has worked closely with his wife, Rev. Dr. Aίda Besançon Spencer. With circa 300 publications, including Empowering English Language Learners,Joy through the Night(Bible resources on suffering),God through the Looking Glass (on the arts), The Prayer Life of Jesus, Name in the Papers (with its cd Songs from the Cave, Ballads from the Papers), he has won twenty writing and editing awards. His books Mysterium and Mystery and Chanting Down Babylon are the definitive works in their fields. 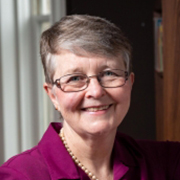 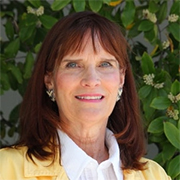 Karen Strand Winslow holds a Phd from the University of Washington in biblical and Jewish studies and a master’s degree from Asbury Theological Seminary. She chairs the Biblical and Theological Studies department and directs the MATS program at Azusa Pacific Seminary where she is a professor of biblical studies. She has authored and edited numerous publications, including Imagining Equity: the Gifts of Christian Feminist Theology; Early Jewish and Christian Memories of Moses’ Wives: Exogamist Marriage and Ethnic Identity; chapters and articles on women in ministry, ethnicity construction and mixed marriages in the Bible; as well as commentaries on 1-2 Kings, Isaiah, and Esther. She was an Old Testament editor for the Wesley Study Bible (2007). In addition to extensive experience in the field of biblical studies, her academic interests include Judaism, sociology of religion, science and theology, and women in religion. Dr. Winslow is active in the Society of Biblical Literature and is an ordained elder in the Free Methodist Church.