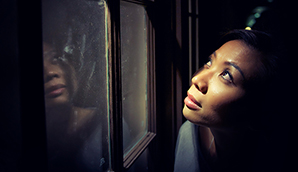 Women and People of Color in Christian Academia: A Reflection on the Future of Evangelicalism

I appreciate these insights on the future of evangelicalism, especially those coming from evangelicals of color. Yet it’s time for some additional reflection on one important microcosm of evangelicalism—the Evangelical Theological Society (ETS), which shapes and reflects the state of the majority of evangelical institutions of higher education.[4] A few days after the election, the ETS met for its annual meeting.

Every year, female academics and academics of color write blogs or tweet about their experiences as minorities at ETS. This year we had an excellent contribution from Eric Redmond, assistant professor of Bible at Moody Bible Institute and pastor[5], about his experience as an African-American theologian and the differences he saw between the minority presence at ETS versus Society of Biblical Literature and American Academy of Religion (SBL/AAR, the non-evangelical academic societies that meet after ETS). I found myself nodding my head in agreement with much of his blog on the state of racial affairs at ETS.

On Nov. 18, 2016, Professor Redmond tweeted, “I must choose AAR/SBL over ETS to see many people of color present research in Biblical Studies & Theology.”

To which, Ben Dockery, associate vice president for enrollment development at Trinity International University and a graduate of Southern Baptist Theological Seminary, tweeted in reply, “why do you think it breaks down this way? (What are the key variables?)”.

Professor Redmond noted the lack of ethnic and racial diversity in ETS and how that translates to everyday practice in evangelical colleges and seminaries. I wondered about the overlapping experience for women at ETS[6], especially women of color. On Nov. 28, 2016, Melanie Cogdill, an Asian-American woman who attended ETS for her editorial work, tweeted:

“An important issue. I was at #ETS2016 & noted how few women (non-wives) & minorities were there.” She added, “….lack of black/brown scholars there. As a woman & a minority, I felt it in every seminar I attended.”

Professor Redmond’s four insights can also be applied to the absence women at ETS, so I thought I’d bring his insights about being a racial minority (in bold) into dialogue with women ETS members’ insights.

Before I do so, I would like to make it clear that I am in no way attempting to compare two unique experiences and conclude that they are exactly the same. I also do not in any way intend to minimize the experiences of academics of color in institutions/organizations such as ETS. However, I think Professor Redmond’s lens can help us analyze the problematic absence of women in ETS. (It should also be noted that women of color sit at the intersection of these two dialogues).

1. There is a need for theology to be located socially in application.

Dr. Katie McCoy, assistant professor of theology in women’s studies in the College at Southwestern Baptist Theological Seminary and editor of Biblicalwoman.com, teaches at a school where women are not allowed to teach male students in Bible or theology. However, Dr. McCoy sees a need for women to be active in ETS and scholarship. She said,

“We always need women to be thinking through not only women’s issues, but we [also] need women to be voices in the echo chamber so to speak of current issues and theological questions. … We have the intersection of Scripture and daily life in everything that we do.”

2. ETS needs to be a safer place for discussions of race, class, and gender.

A professor, Karen, identifies as a person of color, but was not comfortable identifying her ethnicity because of how easy it would then be to identify her:

“You realize there are so many barriers there to see you as a peer or colleague or conversation partner.… I can only conclude that men are so unaccustomed to women colleagues and probably because I’m a woman of color as well… a lot of men are very, very unaware and inadvertent beliefs come out and get expressed… The presumption of many ETS members is that you don’t even belong in theology, much less as a professor of theology.”

3. Evangelicals need to demonstrate even greater care about underrepresentation in their academic institutions with sustained, long-term, intentional actions.

Many of the schools represented at ETS have zero women tenure-track faculty members in their departments of biblical studies and theology. Some of these schools are explicit that they will not hire women to teach men (such as the Southern Baptist Convention schools), but others do not have any doctrinal statement to prevent it.

However, as one male professor at one of these schools said, “If I tried to hire a woman for a tenure position, you would not get the faculty vote.… The typical perspective is the professor of Bible/theology is an authoritative elder type position for many of the schools.”

A woman participant in my study of women at the ETS[7] who has a doctorate in biblical students spent eight months being interviewed at a historically complementarian seminary before they explained that complementarianism (specifically male-eldership in the church) was a requirement, even though it does not appear in the school’s statement of faith or theological distinctive.

When she admitted to being “barely egalitarian” (her description), the school declined to offer her the job. She wrote in an email about the situation, “Ironically, we all agree this issue is, to use their language, a ‘third tier’ belief and not a hill to die on—and yet, if this becomes the reason not to hire me, we all died on it.”

It’s time for institutions to get honest about why they don’t have women and people of color faculty. Professor Redmond commented that he’s heard there are not enough “qualified” candidates of color. In my study, a male ETS leader said that “a lot of evangelical schools have had a similar issue in recruiting female faculty, finding qualified women who can sign our doctrinal statement… same has been true for minorities. We’ve had difficulty on both of those.”

This idea has been debunked by many researchers.[8]

4. Evangelical seminaries and Bible colleges must increase invitations to ethnic minorities to speak in their chapels, and to lecture as visiting professors.[9]

Anthea McCall, an Anglican minister, the dean of students and lecturer at Ridley College in Australia, said she is one of two women in teaching capacities at her seminary. Being on staff and preaching in chapel has led her to reflect on that fact that “I’m probably the only woman some of the students will ever have seen being in that leadership role or teaching role.”

Another woman professor at an evangelical seminary said that she’s had male students tell her they were strongly against women teaching the New Testament until they took her class. Sandra Glahn, associate professor of media arts and worship at Dallas Theological Seminary had a male student who told her, “It’s the first time in my life that I’ve been in a small group discussion with a woman. I was blown away by their insights.”

As Professor Redmond explained, there are concrete steps that evangelical institutions can make if there are people (and yes, that would be mainly white men for the institutions we’re talking about!) of conviction and character willing to work for justice in their own midst.

One example that I’ve seen over the course of my research is Dr. Dan Wallace, professor at Dallas Theological Seminary and ETS past-president. Dan and I do not agree on women’s roles in the church, but we developed an excellent working relationship and he’s applied what he learned from hearing the experiences of women in my research to his own work in ETS and at DTS.

In fact, working with some other individuals, Dan achieved all four of Professor Redmond’s recommendations regarding women. His 2016 presidential address paid attention to women’s scribal contributions to New Testament manuscript studies, and he invited the first woman plenary speaker since 1986, Myrto Theocharous, professor of Hebrew and Old Testament at Greek Bible College. He’s mentored women students at DTS and connected them for doctoral work, publishing, and research opportunities, and he (with Mike Thigpen) sponsored the first women’s coffee hour for women to meet and connect at ETS 2015.

More important, for long-term changes, I’ve seen Dan seek out women’s insights, both at his own institution and at other institutions for his own work of encouraging multiple viewpoints at ETS. As he concluded in his presidential address (forthcoming in JETS), “This society, with its high view of Scripture, was never intended to give a voice only to those who are in the majority.… I pray that we can get past our insecurities and fears of other viewpoints and ennoble our brothers and sisters who may disagree with us.”

I’d like to end with an insight from a twenty-something Asian-Canadian woman, who came to ETS as a student scholarship recipient. She said being a female and a racial minority both at her seminary and at ETS can be demoralizing as she seeks to be respectful of her white male professors, yet experiences being disrespected “every minute of every day.” She said racial diversity “is not my problem, but all our problem. If the school [and evangelical academy] does not deal with this well, it will look bad on Christianity.… We are in this together.”