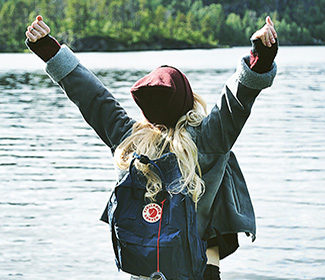 What If Singleness Isn’t Failure?

It’s hard when every break up feels like a failure.

That is what no one tells you about being single in the church. We are asked about our loneliness, as singles. We discuss how to not make marriage an idol, and we chat about healthy boundaries in dating. We know a relationship does not magically solve everything (but we secretly still think it does) and we realize marriage is Hard Work. But no one tells you that every failed relationship feels like a personal failure.

No one says the word “failure” out loud, of course. No one would dare. But when marriage is the ideal that everyone is working toward, anything that falls short feels like you did something wrong.

You were on the path, headed in the direction everyone has been pointing you toward. They are cheering you on, because you did it! But somehow—did you take a wrong left turn?—you are no longer on the path. You followed all the rules but you still got kicked off the road that everyone else seems to be handling just fine.

It does not matter how far along the path you got—two dates, two months, two years—you were still on the path. Then all of the sudden, you veered off. All of the sudden you… failed.

Even when you break up for good reasons. Even when the break up was needed. Even when those around you agree with the decision and affirm your choices and know, at the end of the day, it was the right thing. Even then, there is a sense of failure. You were maybe, just maybe, headed toward normalcy. A relationship! Marriage! You were so close! But you just could not keep on the path.

I do not ascribe to the concept of soulmates. I do not think God has a magical blueprint for my life. I am not worried about “the one who got away.” I also do not think that there is something inherently wrong with me which has caused my singleness, while all my married friends are perfect and fault-free. And yet, while I know all these things to be true—it is still so hard to shake that feeling of inadequacy when a relationship ends.

If nothing is wrong with me, why can’t I get it right? Why can’t I figure it out? Why do my solutions always fizzle, but others have figured out the magical answer?

When we are all working toward the end goal of marriage, any other end to the story feels like a defeat. Like you were tied in the bottom of the ninth and everything was looking promising, but somehow, you found yourself shaking hands afterwards to an embarrassing loss. Good game. Good game. Good try. We’ll get ‘em next time. Maybe. Maybe?

We need to stop evaluating the success of our lives through the lens of marriage.

Sometimes, relationships end. Sometimes, two people are not good for each other, no matter how great they both are as individuals. Sometimes, there is a different story in store for you.

Instead of seeing the end of a relationship as a sign of failure, we should see it as a sign of health. When two people come together, there is a lot of room for error. If break ups are learning experiences and not errors, we become open to new lessons. And growth. And surprises. Let’s stop assuming we know the ideal end of the story, and start allowing people the freedom to write their own.

In reality, getting married is not an accomplishment. It is exciting, to be sure. Marriage is a good thing, when done right. But it is not a trophy to be won or a prize to earned or a badge of honor only given to those who followed all the rules.

I do not think we try to put marriage on a pedestal, but the fact is: we worship the status quo. We strive for normalcy, to be average, to fit in with everyone else. When all we see are relationships that end with white weddings, it is natural to assume that we have messed up when ours does not.

But what if we broaden our view of success?

Creating a counter-culture where vulnerable, transformational relationships exist outside of marriage.

Many idolize marriage because it tends to be the most culturally acceptable way to find committed companionship. Especially for men raised to hide their emotions, romantic relationships are sometimes the only space in which they are allowed to express their feelings. But what if we realized that intimacy, vulnerability, and emotional connection happen in purely platonic relationships too? Community is not a replacement for marriage—but it is beautiful, rich, and life-giving, and something we should more often invest in.

A theology which emphasizes our highest call to serve God according to our gifts, regardless of gender.

We have failed in swallowing the lie that women were created to marry and bear children. That men were created to lead, protect, and provide for a family. We were made for something greater. We need to build a Christian culture that looks like the early church, where devotion to God was the ideal and marriage was secondary to that highest calling.

Discovering the person God created you to be.

I have noticed recently that each break up makes me more me. Each ending pushes me closer and closer to my truest self. Each relationship that doesn’t work out helps me pull off a layer, shed an additional cover, get closer to the source. Maybe it is beauty rising from the ashes, maybe it is growth through pain—or maybe it is exactly what was supposed to happen. Maybe relationships that end are not failures; they are perfect successes. Maybe I needed to learn that thing about myself, needed that exact push in that exact season.

Break ups, although still not enjoyable, guide us forward. They are not endings to be ashamed of. They are simply parts of our journeys. There are no wrong turns, just tangents; no wasted time, just detours; no failures, just new lessons. I am grateful for each ending. I am learning to see each break up as its own success.

Break ups are not always easy, but they are not failures. Singleness is not a sign we did something wrong. The Christian life is so much bigger and so much richer than marriage and each of us is much more than our romantic journeys. Our only failure comes in missing out on this truth.

PrevPreviousSingle. Dating. Female. Pastor: 5 Things I Want the Church to Know
NextLessons from Eliezer: What an Old Testament Matchmaker Has to Say About Egalitarian DatingNext