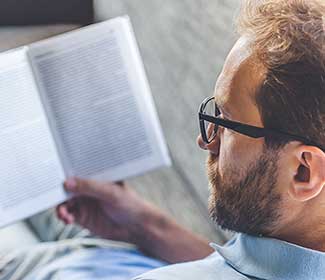 I was home visiting my parents recently when I noticed a book on the coffee table: 25 Books Every Christian Should Read: A Guide to the Essential Spiritual Classics. There’s something almost humorous to me in writing a book about books others should be reading, but I was intrigued to see which works the editors chose. Flipping to the table of contents, I was frustrated and saddened (though not surprised) to see that—with two thousand years and the vast world from which to choose—they included just two works written by women and none from beyond the Western canon.

It should be obvious why this matters, why this is a problem. Earlier this year, blogger Sarah Thebarge responded to John Piper’s statement that women shouldn’t train pastors. She wrote: “The creation story in Genesis says that in order to reflect God’s image in the world, God created men and women. So, just like Mao Zedong’s insistence that ‘Women hold up half the sky,’ there should be a similar statement in the Christian tradition that says, ‘Women hold half the voice of God.’ There should be a similar insistence that we not only hear about God from women, but that we in fact hear God’s voice through women.”

If we believe that women (and people of color) are created equally in the image of an ineffable God—and if we long to know that God more fully—shouldn’t we be actively pursuing their voices and perspectives? In our diversity, we experience the world in different ways, which is why it’s important to hear the truths only others can speak.

If we want more than our own voices echoing in our ears, we need to cast our nets wider.

The typical explanation for the absence of female and non-Western voices from the history of the church is that the works of white men simply are the classics of (Western) Christian history. While it might not be ideal that the most significant and powerful spiritual texts happened to be written by men, that’s just the way it is. Right?

And I get it. I really do. Authors like Chesterton, Merton, and Lewis have been deeply significant in my own faith journey and in the faith journeys of many people I know. But isn’t there also a self-fulfilling prophecy at work here? If we keep handing our children the same handful of books, written by the same handful of men, those books will inevitably be the ones that most powerfully shape their own journeys and lives. The books they, too, will pass on as “must reads” to the next generation.

There are many important, beautiful, and challenging works written by women and composed in other quadrants of the globe, but how will our sons and daughters value work to which they’ve never been exposed?

When we omit the spiritual commentaries of women from our lists, we perpetuate the myth that texts written by men are the only ones that matter, the only ones with any authority. We retain the lie that men are uniquely situated to speak into all lives, in all places, at all times while all other voices are situational and specific. We become deaf to so much spiritual wisdom when we assume that women, people of color, and members of other marginalized groups have nothing to say to anyone beyond the borders of their own culture, experience, or gender.

It’s not my intention to disparage books that really are worth reading, simply because they were written by men. Or to imply that this is somehow a uniquely Christian quandary. The entire literary canon is rife with the same challenges, the same implications and assumptions. Rather, I want to point out a gap, and push us to close it.

So how do we break this cycle? How do we stretch the boundaries on what we’ve judged valuable enough to study and pass on, expanding our booklists to embrace a fuller and more inclusive God?  How do we make space for other voices?

In the midst of a conversation sparked by these questions, my father made me an offer: write up a list of my favorite texts written by women and he’d read one for every book he read by a man.

This suggestion struck me as both simple and extreme. How do we bring equality to the canon? Well, we make sure we’re reading as many books by women as by men. Yet this is so divergent from the norm that it seems like a profound and costly concession. And one, I’m embarrassed to admit, I’ve never attempted myself.

I am, you see, part of the problem, not detached from it. Ask me to list my favorite authors, and I can easily give you five men for every woman. Most would be from Britain. A handful would be from the US. And almost none would be non-white.

And this from someone who did her master’s in women’s studies, grew up outside the US, and taught global literature for four years. So, yes, I think it’s fair to say that the problem is widespread.

My challenge to you is also my challenge to myself: don’t stop reading books by men, or Westerners, or white people, but strive to become more aware of what you’re reading and why.

Identify how the voices we’ve privileged have impacted what we as a culture and a church judge as valuable—what is and is not applicable, worth listening to, worth learning from, and worth knowing.

I’m challenging us to cast our nets a little wider. Maybe that looks like a 50/50 split or maybe it’s less rigid. But we can all start by broadening our reading, hearing voices we haven’t heard before, and learning from women, people of color, and other groups we’ve marginalized.

We need to be intentional, aware, and awake—so that maybe next time we set out to create a collection of the twenty-five spiritual masterpieces every Christian should be reading, well see the contributions of women and non-Westerners on the list.