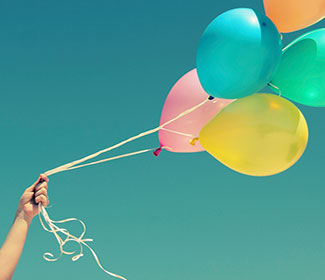 A Celebration of Singleness

As a single Christian woman in leadership, I often find that people are curious about my marital status. Recently I had a conversation with someone who wanted to play matchmaker and connect me with his friend. When I told him that I wasn’t interested and was content and happy where I was, he contested. To him, I was being dishonest with myself. He, a married man, couldn’t understand how I, an unmarried woman, could be content.

After a few months passed, I bumped into him again and again he tried to play matchmaker. I told him that I simply wasn’t interested and that he shouldn’t force it. When I told him my relationship status was my business and that I was happy where I was, he said something that irks me to this day: “Marriage is the closest you can come to being like Christ.”

His mentality reflects a skewed perspective that makes traditional marriage roles the Christian ideal, especially for women. It defines people through the lens of romantic relationships, not through the lens of Christ and community. To say that to be married is the closest we can come to being like Christ—a single man who died alone on a cross—is near heretical.

In Luke 20:28–36, some of Jesus’ dissenters approached him with a question. This was one of many questions that Jesus received from others who sought to catch him off guard.

“Teacher,” they said, “Moses wrote for us that if a man’s brother dies and leaves a wife but no children, the man must marry the widow and raise up offspring for his brother. Now there were seven brothers. The first one married a woman and died childless. The second and then the third married her, and in the same way the seven died, leaving no children. Finally, the woman died too. Now then, at the resurrection whose wife will she be, since the seven were married to her?” Jesus replied, “The people of this age marry and are given in marriage. But those who are considered worthy of taking part in the age to come and in the resurrection from the dead will neither marry nor be given in marriage, and they can no longer die; for they are like the angels.”

In this passage, Jesus is refocusing people’s attention on what was important. The contemporary church needs to refocus as well. We need to re-center our attention on the larger purpose of the kingdom of God and baptizing disciples into the larger family of God. As wonderful an institution as marriage is, it has become an idol within the Christian community. The message is that you are not a significant part of this community unless you are joined to another person and furthermore, unless you have offspring. In an article on marriage and singleness in Christianity Today, Katelyn Beaty writes:

“In subtle and not-so-subtle ways, perhaps local churches have acted as if monogamous sexual unions are the closest icon of heaven in this life. That no matter how much self-giving ministry or cultural creativity we undertake in our lifetimes, they are second-best without a spouse and children in tow…And so long as marriage ascends into the echelons of existential imperative—you must have this in order to be a complete human being—then my singleness becomes a problem.”

Too often in Christian culture, single equals incomplete and married equals complete—complete in happiness, complete in personhood, complete in calling. This belief causes some single people (never-married, divorced, widowed, single parents, young adults) to feel like second-class citizens within a culture and within institutions supposedly built on unity in Christ.

Not all members of the body of Christ are called to marriage, but all are called to be part of the body of Christ. We are complete in him alone and we are all adopted into one family no matter our place in society or our relationship status. We have to create a culture that celebrates, embraces and encourages individuals whether married or not. Here are a few things we can do to start.

As the family of God, let us encourage each other to pursue our God-given gifts, not simply to pursue marriage. Let us value people for who they are in Christ, not for who they are in relation to another person. We are called to listen, pay attention, be compassionate, and serve others. We don’t need to be married to do that.