CBE International is proud to support the education and ministry of Juliann Bullock, Jessica Langley, and Taniecia McFarlane! 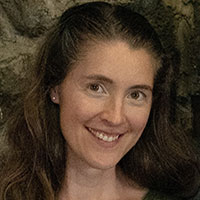 Juliann Bullock is beginning her second year in the MDiv program at Portland Seminary. She provides pastoral care within a missionary community in Papua New Guinea, where she has had the opportunity to encourage other women to fully use all of the gifts God has given them. In Juliann’s own experience, it was often assumed that God would never call her into pastoral ministry because she is a woman, so it took her many years to discover her pastoral gifts and calling. Throughout that process she needed other women and men to speak truth into her life and affirm her calling. It has been a joy for her to offer that same affirmation to other women. Juliann and her husband, Jacob, started a small church service where women are welcome to preach, and several women who were unaware of their gifts of teaching discovered them through preaching at that service. They also saw women unite across cultural and racial differences as they came together to minister to each other.

Juliann and Jacob have just accepted a call as pastors of First Reformed Church in Oak Harbor, Washington. Together, they have five children (ages 9, 7, 5, 3, and 3) and during this season Juliann’s highest ministry priority is to love and shepherd their growing hearts well. Juliann is excited to help other women discover their gifts of teaching and leadership in this new location. Receiving the AMMS award will allow Juliann to continue her pastoral studies while she continues to pour into her children without worrying about the financial costs of seminary education. 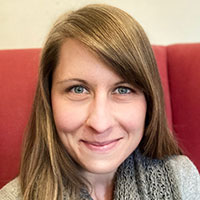 Jessica Langley is entering her third and final year pursuing a Master of Arts in Biblical and Theological Studies at Western Seminary. She lives and works full time in South Africa as a missionary and Bible teacher in a cross-cultural ministry with a wide variety of teaching outlets, including small group Bible studies, conferences, Bible colleges, and the creation of biblical resources. She is especially passionate about promoting biblical literacy among teens and young adults, introducing them to the world of the Bible and the God whose heart is revealed in its story.

Prior to working in vocational ministry, Jessica has always lived by the principle that life is ministry, used her gifts and skills to serve God and people in whatever job she found herself in, and has been active in the local church. One of the biggest surprises upon entering full-time ministry was that her gifts—specifically in teaching and leadership—were less valued in church and ministry contexts than they had been in her work experience outside the church. Whereas previously she felt affirmed and free, now she felt secondary and constrained. This started her on a journey to promote biblical equality and gifts-based ministry—values she had long held but which had been experientially in the background—as part of her holistic approach to life and Bible teaching.

Receiving the Alvera Mickelsen Memorial Scholarship is a timely financial provision as well as a wonderful opportunity to learn from others working for biblical equality and to open new doors for collaborative ministry. She is grateful, humbled, and excited to carry on Alvear’s legacy to the next generation. 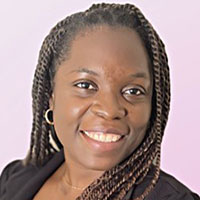 Taniecia McFarlane hails from the tropical island of Jamaica and is a rising second year student at the Candler School of Theology at Emory University studying in the Master of Theological Studies (MTS) program. Her interest is in the area of modern religious thought and experience with a focus on biblical ethics.

Taniecia’s preparation for and entry into pastoral ministry was met with some measure of reticence. She was uncertain, however, if that was in response to her age, being a woman, or a combination of both. Women have been pastors in her denomination since 1994 and have faced mixed reactions. While there are confessional affirmations of this reality, there are also some people who display conflicting attitudes relative to female pastors. Taniecia’s experience, since 2007, is that women are often underrated as equal partners in ministry until their engagement with congregations and contexts reflect service marked by intentionality and integrity. The misconceptions that lead the negative posturing of women in ministry can be dispelled when cultural attitudes are challenged by a proper understanding of equality of all people before God. She has also learned the importance of continued discernment of and consistent devotion to the will of God for our lives, and to allow the work that follows to speak for itself.

Undeniably, the AMMS is a tremendous blessing and significant contribution to financing this experience. While lessening the financial burden, this scholarship also opens additional space for greater intentionality in attending to Taniecia’s spiritual growth and development. In addition to the honor of being positively impacted by the life and legacy of Alvera Mickelsen, this scholarship is also a further impetus to work towards biblical equality. Taniecia looks forward to the ways in which she can become an ambassador, formally or informally, for a cause that champions biblical equality. This scholarship is a paradigm of what it means to allow others to stand on the shoulders and see farther into this distance and affirms her continued commitment to do the same.