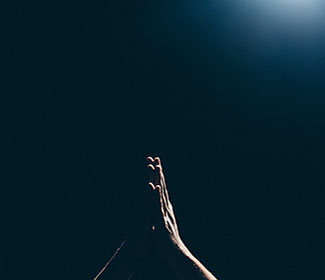 Like most of the other kids that grew up in Good News Baptist Church, my testimony begins with the day I asked Jesus into my heart as a 5-year-old girl in Vacation Bible School. But 20 years later, as I prepared my statement of faith for my application to seminary, I realized something about my testimony that I had never noticed before.

As I bowed my head to pray, I remember feeling disappointed that the pastor’s wife was praying with me instead of the pastor. Although she was a godly woman, I thought that somehow if he led me in prayer it would count more than his wife’s prayers. I wished that I could sneak away and join the children who got to pray with the pastor.

As a young woman, I was taught hierarchical ideals that forbade women from serving in leadership positions and prescribed a subordinate role for married women. These ideals were portrayed as God’s plan and Christians who believed otherwise must not have a high view of Scripture. Women who pursued careers or ministries were portrayed as having an anti-family agenda.

Although I excelled in school and had always felt called to ministry, I initially refused to go to college — why spend at least four years and tens of thousands of dollars on an education only to settle down with my family? My parents were disappointed with my decision but could not argue with my rationale, so we compromised: I would save money by enrolling in a two-year community college. Even so, I met a man in school, got engaged, and dropped out soon afterward. My engagement caused me to question hierarchical ideals for the first time. I could not reconcile my belief in what the Bible seemed to say about women and my sense of calling into ministry. One month before my wedding date, I took a leap of faith and broke off my engagement, enrolled in Taylor University and moved to Indiana.

My love for the Bible and my desire to serve in ministry led me to pursue a major in biblical studies. This was problematic in a community that believed the Bible said that women should not teach or have authority over men. It was acceptable for women to cherish the Bible in a devotional context, but not to study it in a scholarly setting. I still could not justify my sense of calling to others or myself, so I changed my major to English literature.

Through all this my faith remained intact, but I continued to feel the same confusion toward women in ministry as I had as a little girl even though I had begun to experience others’ doubt and suspicion myself. Throughout my struggles with deciding not to go to college, then enrolling in a community college; getting engaged, then breaking the engagement; majoring in biblical literature, then dropping my major; I kept in touch with an old friend, Tyler. He had become a Christian when we first dated in high school, and had since graduated from seminary.

Tyler helped me recognize that my commitment to my faith was not at stake, but rather my commitment to the hierarchical views of my upbringing. He recommended some biblical resources that revolutionized my perspective. For the first time in my life, I felt free to pursue my education and my ministry without second- guessing myself. Tyler and I eventually married, and I transferred to Bethel College in St. Paul to finish my degree. We look forward to a lifetime of ministry together. I also feel free to value the faith of other women in my life for the first time. My paternal grandmother sings alto in the choir and helps count the money every Sunday in her mainline Lutheran church. My maternal grandmother is learning Hebrew dance and speaks in tongues at the full gospel charismatic church she attends. Tyler and I have also grown to appreciate the faith of his stepmother, who helped bring healing to a broken family and has faithfully attended mass all her life. Our hearts and our prayers go out to Tyler’s mother, who is estranged from the faith of her Methodist upbringing partly because of the sexism she experienced within the church.

Most of all, I have come to value my mother’s faith. I once struggled with blaming my mother for the confusion hierarchical ideals caused in my life, but now I appreciate the example her faith has been to me more than ever. In faith, she committed to staying home with her children, she prayed for us diligently, and she shared her love for the Bible with us. Although she would not be called a minister in our church, she has been faithfully ministering to the youth for 15 years. Her example is a source of strength to me.

My commitment to faith in Christ and my love for the Bible is stronger than ever. In addition to reinforcing these commitments, recognizing a way I have experienced oppression has helped me recognize the ways others are oppressed and made me more aware of how I have participated in their oppression. As a church leader, I hope to foster a community where healing can take place and where little girls won’t be confused about God’s presence and power in a person’s life because of their gender, race or class. God counts the prayers of all his people.