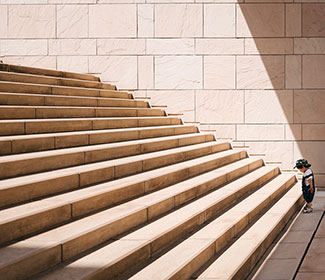 A wise man once told me, “Chose carefully which hills you are willing to die on.” When I first heard that statement, I was not sure what it meant, but as years have passed, I now know well what that man intended to tell me.

My story began as a 9-year-old girl growing up in Colorado Springs, Colorado. One day after school I was standing on top of the jungle gym at the school playground down the street from my house. (I always stood on the top because I thought I was closer to God there.) I was the only person there, and as I looked up at the sky, I sensed a deep longing from within me to be used in some way — in whatever way God wanted — to change people’s lives. I believe God heard the prayer that came from a small girl’s heart, and years later, when I was home for a weekend away from college, I returned to that playground. At that time, I began to feel God’s pull on my life to begin work in ministry.

I needed a push of course, so he brought a teenager named Emma into my life, who needed help dealing with a number of issues. From my time with Emma, God molded my life into working with a youth group in Arvada, Colorado, and just before my senior year of college, I gave in to God and switched my major from psychology to biblical studies/youth ministry.

And that was when the fight began.

Growing up, I had been handed a variety of double standards regarding gender equality. My Presbyterian (PCA) church had said, “No women in the pulpit or in leadership,” but I was able to be a student leader in the church. My private Christian school said, “Women who want equal rights are bad,” but I was encouraged to make my own decisions. Perhaps some of the greatest contradictions came from my family. My mother said, “It’s a good thing for women to be restricted in society, home and church,” but then told me to be and do anything I wanted in life. Despite the inconsistencies that surrounded me in my small traditionalist world, I was determined to do whatever it was God wanted for me to do. And that was my only defense to my calling until my senior year of college.

At that time, I became the youth pastor of a healthy youth group in an unhealthy church. This church had many issues to deal with, and one of them was women in ministry. As the year progressed, I experienced incredible prejudice and discrimination because of my gender. One time, I remember an older woman in the church asking if my fiancé, Richard, who worked as a youth leader for the group, would be willing to make an announcement. I said that I would be willing to take the message, and she told me what to say. As I walked toward the youth group meeting room, I glanced behind me and saw the woman following. We entered the room together and she loudly told Richard the announcement, stating that she wasn’t sure I could be trusted to give it … since I was a girl. Other incidents I endured included debates over whether a woman was capable of locking the church up and setting the alarm, and arguments over whether I could speak in front of the church. Even the senior pastor went so far as to state that if a woman was raped, she deserved it for not being “submissive.” It was a long and difficult year.

I also found myself struggling with my family over this issue. As I got more and more involved in ministry, I found God’s assurance and blessing in my life. But my family was against it. We were planning our wedding, and I found sexism in everything my parents said to me. They even went so far as to tell Richard that my father was “passing the reigns to him” so he would be able to “deal with and control me.” It was incredibly insulting and hurtful to hear that from my own parents.

During this time of trial, Richard and I began to study in earnest the place of women in society, home and church. Even though it was hard for me, I committed to God that I would obey whatever he made clear to us from his Word. We searched the Bible, we read books, we spoke to people and we prayed desperately for God to show us the truth. And the truth came. It became more and more clear to both Richard and me that God was calling me into the world of ministry in his church.

Of course, the more we discovered about the truth of gender equality, the more attacked we became, and it seemed as though we were surrounded by those who opposed us. I felt like I was the only one who could see what was truly happening … and I felt like I was going crazy for it.

By the time I graduated from college, I felt so beat up and disillusioned with the church that I wanted nothing to do with ministry. After my wedding to Richard, we left the church entirely for awhile, still clinging to our sustained beliefs, but finding little human support in them. I did not want to be part of the body of Christ that mutilated and dominated half of itself. I was convinced Jesus did not intend this for his church, but that sin had carried this traditionalist belief through the centuries. We stayed out of Christian involvement for a time, and continued our study of the Bible that confirmed the egalitarian message over and over, even though no one else would hear it.

One night I was on the Internet, as I had done many nights before, desperately trying to find some hope for our situation. After logging on and putting in a keyword, I found myself staring at a Web page called Christians for Biblical Equality. As I read their statements, I felt my spirit come alive, and I began to laugh and weep and shout in joy. My bewildered husband joined me in the room and once he saw the computer screen, he too wept. We were up until three in the morning reading the papers, articles and voices of people like us, people who had searched for the truth and found it, people who were willing to help others see what God desired for his people!

From this contact, we were directed to a CBE picnic for our area, where we met a Denver Seminary professor who became a good friend and helped us in our healing process. He also directed us to an Evangelical Covenant Church nearby, where we found people who helped us deal with what had happened to us. I began to receive phone calls from churches interested in hiring me as a youth pastor, and finally, I accepted the call to an Evangelical Covenant church in a small town in Nebraska.

As I write this, I am grateful for God’s leading. While the struggle is far from over, I am blessed to be part of an evangelical denomination that ordains women, a church that supports me and opportunities that affirm God’s calling in my life. But despite the blessings I have found in this time of rest, I remember well the pain of coming to this place, and because of that memory, I am not only dedicated to sharing the gospel of Jesus Christ, but also to sharing the truth of Scripture for all people.

“Choose carefully which hills you will die on,” were the words spoken to me so long ago. What that man was saying to me was: “Choose wisely what you will stand up for in your life. Make sure those things are worth dying for.” When I struggled to deal with the discrimination of my church, family and friends, I wrote a poem. One line in that poem says: “I chose a hill to die upon, so I die a thousand times a day … and get up in the morning to die once again for God’s truth.”

I am grateful that I had the chance to “die a thousand times a day,” because not only did it confirm my belief in equality, but also allowed my heart and eyes to be opened to those who have been hurt and abused by inequality and deception. I firmly believe that one day God will right all wrongs and make clear what is unclear. Until then, we are called to speak the truth to the world, and sometimes to a Christian society, that has been misdirected.