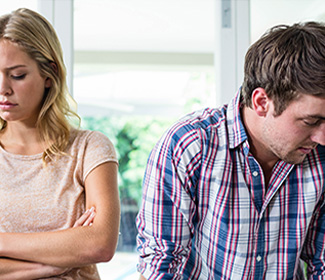 What to Say When Someone Believes Husbands Are Entitled to Sex

Some people believe that 1 Corinthians 7 means that husbands are entitled to sex and wives have an obligation to supply it. But the text, properly interpreted, doesn’t support that argument. In fact, it opposes it. Let’s take a look:

Now concerning the matters you wrote about: ‘It is good for a man not to touch a woman.’  But because of cases of sexual immorality, each man should have his own wife, and each woman her own husband. The husband should fulfill his duty to the wife, and likewise the wife to the husband. The wife does not exercise authority over her own body, but the husband, and likewise the husband does not exercise authority over his own body, but the wife. Do not deprive each other, unless by mutual consent—for a time, so that you might have leisure to pray—and then be together again, so Satan cannot tempt you because of your lack of self-control. I say this as a concession, not as a command—I wish that all were as I myself am—but each has a particular gift from God, one having one kind and another a different kind.

At least part of 1 Corinthians is in response to a letter the Corinthians wrote to Paul, evidently with several questions. This letter has been lost, but Paul refers to it several times. Scholars have detected verses in 1 Corinthians in which Paul quotes their letter to him and responds to it, usually with a correction. It is generally accepted that 1 Corinthians 7:1 is an example of this. The Corinthians wrote that “it is good for a man not to touch a woman,” but Paul tempers their argument—married people do not have to abstain from sex, and in fact, it is good for people to have an appropriate outlet for natural desires. Furthermore, where the Corinthians have referred to sexuality from a male viewpoint, Paul is careful in the coming verses to make everything explicitly equal.

Both Spouses Have Sexual Desire

Verse 2 is sometimes understood as a rejection of polygamy, which it probably is, but this was not a common practice at the time. Paul’s more pressing concern is that he wants people to have appropriate sexual partners—most people have sexual desires, and temptation can be hard to resist. Notice that Paul takes up extra space to make it clear that both men and women experience desire and temptation, and both are equally at risk of losing self control. In today’s church and the culture at large, people sometimes talk about men as if they were without self-control, and women as if they had no desire of their own and were culpable for men’s actions. This is not biblical.

Paul assumes that each spouse has a sexual duty to the other. This verse has undoubtedly been misused to pressure people into sexual activity with which they are uncomfortable, and it has also been used to deny women the right to say no. No one can fulfill everything their spouse has ever wanted, sexually or otherwise—instead, viewing the other person’s pleasure as just as important as one’s own is a goal of Christian sexuality. This verse is not about trying something one does not want to do. However, no one should ridicule their spouse’s desires or treat him or her like an object.

Again, this does not mean that either spouse is entitled to have every need or want met, nor, certainly, that it is wrong to say no to sex. Recently, a few high-profile leaders have even taken the freedom Christian couples have for sexual exploration and turned it into a source of guilt for spouses who don’t wish to participate in a certain activity. This is inappropriate; neither spouse should be expected to do anything on demand. However, withholding sex as a “punishment” or in order to force one’s own way in a disagreement is an example of something that would be out of place for people who share mutual authority.

Mutual consent is a good guiding principle for interpreting the discussion of sex in this passage. Fulfilling sex is mutually interested in each person’s needs—not every encounter needs to be equal, but every encounter should be consensual and mutuality should be a long-term habit of life together.

Paul says it is appropriate for couples to abstain from sex, if both agree, in order to focus on prayer. However, this ought to be for a limited time, like when people fast from food. It is not “more holy” to abstain from sex, but nor is it overly ascetic to abstain sometimes as a spiritual practice.

A Particular Gift from God

Paul has been accused of being “anti-sex” because of his comments in verses 6-7, but he is acknowledging that marriage is not any better than singleness. People are different, and not everyone has strong sexual desires or would be happy in a relationship. There is nothing wrong with this, and such people are not “in limbo,” waiting for marriage. They have unique gifts and abilities from which the church can benefit.

What to Say When Someone Says Husbands Are Entitled to Sex (or that Paul Was Anti-Sex)?

So what should you to say to those who use 1 Corinthians 7 to argue that husbands are entitled to sex?

1. Paul is actually quoting and refuting a belief, “it is good for a man not to touch a woman,” held by the Corinthians.
2. It is good for people to have an appropriate outlet for natural desires in marriage.
3. Far from advocating for a one-sided view of sex in marriage, Paul promotes mutual authority, fulfillment, and consent.
4. Paul recognizes that both men and women possess and are responsible for sexual desires.
5. This chapter suggests that viewing a spouse’s pleasure as just as important as our own is a key principle of biblical sexuality.
6. Paul is not anti-sex, but he does uphold the unique gifts and abilities of single people.

PrevPreviousEgalitarian from the Start: 4 Practical Tips for New Parents
NextRevisiting Eden: Genesis 2 as a Description of the Creation StoryNext