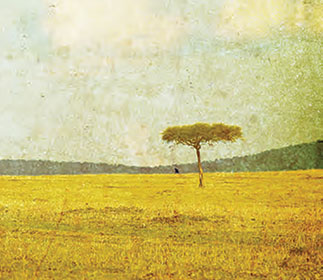 This year, my wife, Christine, and I celebrate four years since we discovered biblical equality. God used this simple discovery to teach us a radically different understanding about his will concerning the relationship between women and men. It has changed our lives and it is already confronting the patriarchy of the culture and church in Kenya.

I was born in a traditional, male-dominated, polygamous family that held to common cultural convictions that depict men as superior to women. We have common sayings that compare men to pillars, great bulls and buffaloes, heroes, and lions. Meanwhile, women are referred to as mongooses, because the mongoose belongs not in the home, but in the wild. Likewise, a woman’s place of belonging is not in the home or family of her birth, but is determined by marriage. If she grows to marriageable age, dies unmarried, and is buried in the community of her birth, she brings bad luck to younger siblings and a curse on the community. Thus, every girl must be married. Once she is married, her husband is considered the protector and provider of the family and the giver of children. She is simply the bearer of children, and is a housewife who helps raise the children. Even women who are educated and act as bread winners are still expected to perform the traditional duties at home. Because of this cultural lens, I grew up viewing men as superior to women.

This lens also causes misinterpretations of the Bible in our culture. Eve, it is said, was created from Adam as an afterthought. Then, she was deceived because she was the weaker sex and was not an original creation (because she was created from Adam). Even worse than her original sin is the fact that through Eve, sex is made available to Adam. This is blamed for bringing down humanity and causing the suffering of the world. In the New Testament, Paul’s commands for women to submit to their husbands and to be silent in church are taken out of context to justify the belief that inequality is God’s ideal.

In addition to these interpretations, churches often misapply the Bible’s teachings about marriage in a way that enables domestic violence. Since the Bible teaches that marriage is God-ordained and valuable, many churches teach that no marriage should ever be nullified. Thus, even badly abused and battered women cannot walk away from a marriage. And because sex is a taboo subject in our culture, churches do not address sexual abuse. By teaching that the Bible upholds patriarchy and by failing to address domestic abuse, the church has contributed to a culture that allows women to be violated and beaten, even to death. For many years, I did not recognize the problems and injustice of these teachings.

By the time I began to attend university, I was already an ordained priest with four years of experience, and I had completed a diploma course in pastoral theology. Yet, I must confess that despite my training and experience, I held to these mistaken interpretations and theologies and believed very strongly in the supremacy of man over woman as natural and God-ordained. The idea of biblical equality was foreign and unknown to me.

In 2009, I was in my first year of studies at Saint Paul’s University in Kenya. I was searching the library for books and journals for a class assignment when I came across Priscilla Papers, the academic journal of Christians for Biblical Equality. As I read these journals, I became curious and interested to learn more. They critically challenged my traditional views with facts about Bible, faith, and society. I continued reading Priscilla Papers not only for academic adventure but as a theological document with great potential to change my life and ministry. Before long, I was convinced that the Bible demands equality of males and females.

The news of biblical equality transformed my relationship with my wife and challenged us to engage in new kinds of ministry. I no longer see Christine as just a housewife; now she is a close partner with skills and the ability to chart her own destiny and to support our family. We now discuss important issues together maturely as equals. When I told Christine about my dream to spread biblical equality, she told me, “I feel the need to stand by you on this journey, and my call is to look into the practical, daily challenges faced by poor women in
the community.”

We concluded that to follow this vision, Christine should attend university and get a degree in education. God is already putting her gifts to work in the community. She has formed a group called the Gender Alliance for Community Health and Development. The group, made up of women from local churches, explores ways to empower women through farming, poultry-keeping, savings and loans, and basic education about human rights.

We are already seeing biblical equality confront patriarchy and its devastating consequences in our country. As we began preaching biblical equality in churches and community groups, we saw God releasing his people from oppression, abuses, and injustices. We decided to make this ministry official by registering a new non-profit organization called Ekklesia Foundation for Gender Education (EFOGE). EFOGE has become an African leader in championing gender justice and equality from a biblical perspective.

When we first started speaking publicly, some priests and church leaders argued that our teachings were heretical. But others, such as Bishop Johannes Angela of the Anglican Diocese of Bondo, offered their full support. Thanks to support from partners and friends around the world, we are at work on many projects geared toward justice and equality.

Through partnerships with seven schools in the Bondo and Rarieda districts of Kenya, we are training youth in biblical leadership, gender justice, and equality. We’ve helped pay the school fees of eighteen needy students, and we are providing feminine hygiene products to girls so that they can attend class during menstruation and thus receive the same education as their male counterparts. We are planning an annual pan-African leadership conference to emphasize biblical equality among leaders, and we are helping to coordinate emerging egalitarian groups in Uganda, Tanzania, Rwanda, Burundi, Ghana, South Sudan, and Nigeria.

We have seen churches ordaining women and raising them to influential positions. Recently, the Anglican Diocese of Bondo installed the Venerable Monica Owiti as archdeacon. She is the first woman in all of western Kenya to hold this office. Two female priests have been promoted to the office of rural deans, who have authority to oversee many churches and parishes. More and more female priests are being considered for ordination, and our neighboring churches are opening up to women in leadership. Currently we have more than fifteen churches applying to partner with us.

The church is one of the strongest social institutions in Kenya and in many parts of Africa. In the past, this has meant that it has been able to harm women by teaching patriarchy. But today, this means the church has great potential to change people’s attitudes on gender and shape cultural values to heal communities, families, and individuals. We are already seeing this take place when churches embrace God’s truth about gender. Women and men are being healed and released from oppression. Biblical equality is real and we are witnesses. It is through this ministry that we can show our love to one another and bring healing to humankind.

PrevPreviousDe la violencia a la ternura
NextPower and the BrainNext