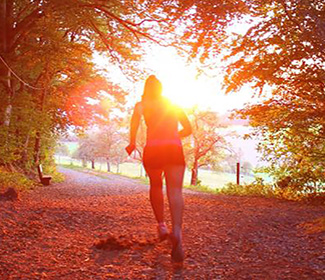 Sexism is Spiritual: How Patriarchy Cripples the Body of Christ

A few years ago, peer pressure and the excitement of a challenge goaded me into running my first marathon. Except for the last few miles on race day, I loved everything about it. Never before or since have I been so in tune with the world around me or the body I live in.

Hitting the road before dawn for training runs meant I got a front-row seat as the sun peeked over the horizon and the world came to life around me. Before my eyes, frigid spring mornings became sultry summer days and crisp autumn evenings.

Each week, my legs carried me farther than I ever thought possible. Three miles, then five, ten, twenty. I became aware of how interconnected every part of the human body is. I learned that my knee pain had nothing to do with my knees—they were the innocent victims of bad shoes, poor form, and weak hips. A change of shoes, a shift in my posture, and a tweak of my gait, and the pain was gone. My body was free to reach its potential.

I thought often of Paul’s metaphor of the church as a body. We, too, are interconnected in ways we rarely see or understand. Weak theology or a bad habit by one body part can cause crippling pain for another—so much that the entire body is hobbled. Our treatment of women (often reinforced by the church) is one example. Consider:

Just as I didn’t recognize that my knee pain was actually caused by my feet and hips, we might not see these injustices as spiritual problems, but they are. They are symptoms of a spiritual sickness that has plagued humanity almost from the start: patriarchy.

Patriarchy has crippled the church in ways we don’t often realize. We don’t know what we can do, because our body has rarely worked at peak capacity. But when properly aligned with God’s design, we can. There is pain and exhaustion in the process, but the reward is great.

Let’s not just believe the right things about gender, but to fight for a world built upon mutuality, not patriarchy. The goal may seem (and even be) miles off, but that doesn’t mean we don’t move forward one step at a time. May God sustain us.

A version of this article appeared as the editorial to the Spring 2019 edition of Mutuality.