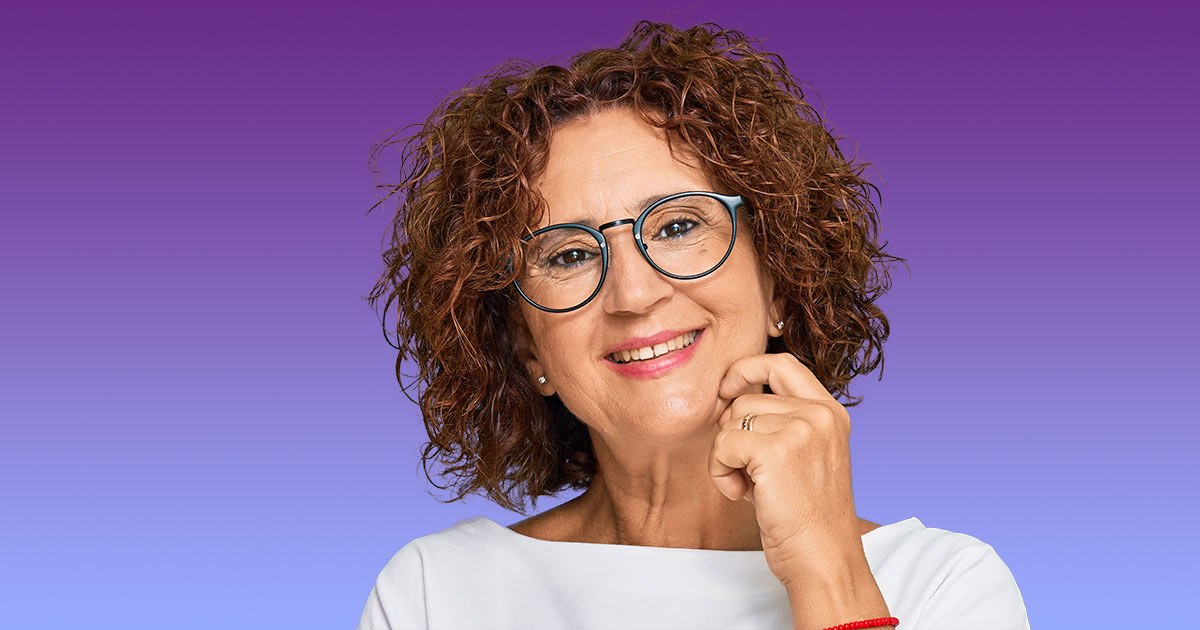 Persevering with the Woman Who Bled for Twelve Years

As I type, my underlying prayer is, “Holy Spirit who empowered Jesus so that even the hem of his garment could heal the bleeding woman, please heal me as well.”

I am at the age when women’s bodies seem to go through so many “glitches,” and like this gospel account, we only reference these often-disabling conditions through indirect side comments. Women at my age have poured our lives into our work—climbing ladders, breaking glass ceilings, and running companies. A large majority of us have also birthed or adopted, raised, and empowered our children. We have organized our households, years of school schedules, and the dreams of our children. Our husbands often rely on us in ways they don’t understand, while we are also nursing and/or beginning to care for both our aging parents and our in-laws. Amid this life, family, community, and work orchestration our bodies begin to “glitch,” and we become, quite literally, unclean.

Outcast by Our Own Bodies

This struck me particularly hard recently. My youngest daughter was entering a new high school quite a distance from our home. She joined their summer volleyball practice, hoping to make the team in the fall while also making friends before school started. So I did what millions of moms do: drove her there and “hung out” until she finished.

While waiting, I found a local public university where I could study. But when this “glitchy” body of mine insisted I find a bathroom immediately, I was refused. This is not a public restroom. My contributions to this world, the taxes we have paid to fund this school, and our connections to the children who attend made no difference. Like the bleeding woman who was wealthy enough to pay for twelve years of health care but after twelve years was destitute, my body was making me an outcast.

My body’s glitches gave me two choices. I could explain to the young college boy working the desk what was about to happen and hope for embarrassed grace or stay home where I could hide my uncleanness. The second option would not only sacrifice my own place in the world, but also my family who was dependent on me. This is when I began to see the bleeding woman in a new light. When she suffered everyone in her world suffered.

Trying to Silence Our Own Bodies

Quietly, as women, we go to great lengths to take care of the problems our bodies create. Though all women go through menopause, it remains shameful.

Hysterectomies rank among the ten most common surgeries in the western world. Yet when I asked women about their hysterectomies their answers were vague—

“I have never looked back.”

“I was so relieved not to worry anymore.”

No one explains the long, painful road that got them to a surgery that removed organs from their body and took weeks to heal. Hysterectomies are a last resort after all other options fail. Having traveled my own long, ten-year road, now nearing desperation, I realized the gospels include the story of the bleeding woman because it includes so many of us.

Can Nothing Help the Bleeding Woman?

Mark 5:26 says, “She had suffered a great deal under the care of many doctors and spent all she had, yet instead of getting better she grew worse.” Despite her initial high socio-economic status, historical evidence indicates that medical care for women was both violent and corrupt, usually with results like hers: financial ruin, loss of status, and a destroyed body.1 Even for those of us with access to modern medicine, our outcomes are often very similar.

There are now hormonal interventions like IUDs, pills, injections, patches, and rings that should help. They come with complications of migraines, bloating, weight gain, depression, and more. But like the woman, we are desperate, so we try them and hope for healing. Too often, these interventions fail, and we suffer a great deal. The onus falls on us to follow up with the doctor. (They usually are not checking in to see if the interventions worked.) In my case, a routine blood test for a separate medical condition revealed that I was so anemic that I was told I needed emergency hospital admission and blood transfusions.

But I had previously worked in the field of public health in rural North India where women were chronically anemic, and their bodies adjusted. Pregnant women would walk into our clinics so anemic that textbooks said they should not be alive. And not only were they alive, they were walking, farming, and caring for their families. Like me, their fingernails were ridged, revealing they had been anemic for a long time. With chronic anemia, our bodies adjust and can go on for a while . . . as long as there are no emergencies. Because of my experiences in India, I understood the gravity of my condition, but also the resilience of our bodies. Instead of going to the hospital, I sat for weekly iron infusions in the cancer center, willing my body to make more blood.

Like the woman in the gospels, I had advocated for myself, gone to doctors, taken the medications, and continually suffered. But like her, I also refused to give up. Finally, my doctor scheduled a hysterectomy with the warning that if I was too anemic, they would cancel the surgery.

No one seemed worried about spiritual cleanliness. Most of women’s lives were spent spiritually unclean—from menstruation, pregnancy, childbirth, sex. No, she worried about her physical uncleanness that made it impossible to be part of the world she’d helped create.

I imagine touching Jesus wasn’t a new pursuit for the woman. She’d snuck up to touch any healer or religious person she could over the last twelve years. In each case they never knew, because they had no power. And whether she made them spiritually unclean or not, they didn’t know and so acted as if they were clean. Unlike them, “At once Jesus realized that power had gone out from him” (Mark 5:30). And like her, he didn’t worry about spiritual cleanliness. He worried about her physical, everyday condition.

Immediately, she knew she was healed. Her body had failed her for twelve years, shaming her in public places, stealing her energy and stamina with her family, and limiting their worlds and hers. She recognized the feelings of her failed body, when it was failing again, the dread. And because of that, she knew the difference. She could feel that she was healed!

When she realized she was healed she told Jesus the whole story—without any acknowledgement that she had made him unclean, nor any remorse. Jesus responded, “Daughter, your faith has healed you.” She had not given up or lost hope. She had persevered. And she had finally touched the one who was about life and life abundantly (John 10:10).

Many of us are tired because of our bodies. They are failing us, and we feel that society doesn’t know how to deal with us if we are not “together.” We’re ashamed to tell our body’s stories. We don’t know where or how to find help. It seems like the best thing we can do is stay home, despite what we have to offer and how our world still needs us.

May you touch Jesus, the one who sees and communicates no shame, brings life and life abundantly, and honors our persistent faith. And like me, may the faith of the bleeding woman inspire you to persevere.

2. Wilda C. Gafney, Womanist Midrash: A Reintroduction to the Women of the Torah and the Throne (Louisville, Kentucky: Westminster John Knox, 2017), 3. Womanist and scholar Wilda Gafney describes sanctified imagination as “going beyond the text in a manner not likely to be challenged, even in the most literal interpretive communities…[it is] the furtive creative space when the preacher-interpreter enters the text, particularly the spaces in the text, and fills them out with missing details.”

PrevPreviousNew Voices: The Gender of God with Dr. Amy Peeler
NextIntersectionality: Hope & Justice – Dismantling and Reconciling through the PsalmsNext