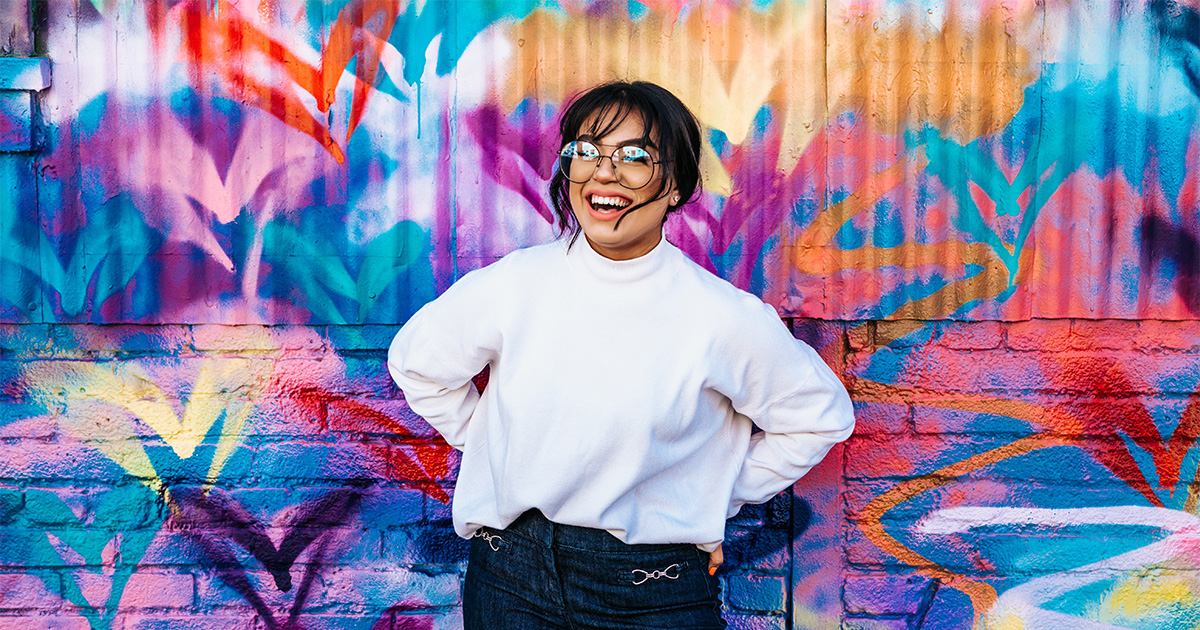 At a marriage conference I once attended, the speaker said, “Men are made in the image of God, and women are made for the husband and the glory of the husband.” He went on to make the following connections:

There was no talk that weekend of a woman’s particular call to follow God or embrace her own divine call and commission. There was no mention of the inherent worth a woman has because she is imago Dei, made in the image of God. No one asked why marriage was elevated to the highest order. I wondered to myself, What about single people? Do we only fully bear God’s image when we are married? Is the image of God condensed down to gender roles or might it be a much grander and glorious calling we have been given?

As I listened, I glanced cautiously around the room. No one else outwardly displayed the distress and agitation I felt running through my body. Unfortunately, this man’s words harmonize with the gross caricatures of women passed down from early church fathers. Many of those men wrote about women as defective types of creatures who could not bear the image of God on their own—cruel words which helped shape Christian theology. Women cry out, “This is not our birthright!” But we are muffled by many thought leaders who yell louder, “Obey or else!” as they superimpose gender roles on to our imago Dei and declare it “good.”

But what exactly did God declare “good” when he created humans? Did God build leadership and authority into men while ensuring that following and submission were inherent in women’s DNA? Have men alone been assigned the unique role of being God’s representatives on earth, as the conference teacher taught?

The Divine Call in Genesis 1 and Matthew 28

So God created humans in his image, in the image of God he created them; male and female he created them. . . . God saw everything that he had made, and indeed, it was very good. (Gen. 1:27, 31a NRSVue)

Genesis 1 is where God starts humanity’s story with a divine call. God gave both man and woman a blessing, a commission to be fruitful and multiply, and they shared authority to rule and subdue the earth. They both had a holy call—to be God’s representatives as they were given creative leadership over creation.

Psalm 8 testifies to the dignity and purpose God poured into humanity at creation:

Yet you have made them a little lower than God and crowned them with glory and honor. You have given them dominion over the works of your hands; you have put all things under their feet. (Ps. 8:5–6)

There are themes of mutuality, creative partner work, and specific purpose granted to both women and men. Being made in the image of God, imago Dei, is a call to action with value and purpose built into our very DNA.

And Jesus came and said to them, “All authority in heaven and on earth has been given to me. Go therefore and make disciples of all nations, baptizing them in the name of the Father and of the Son and of the Holy Spirit and teaching them to obey everything I have commanded you. And remember, I am with you always, to the end of the age.” (Matthew 28:18–20)

Similar to Genesis 1, in Matthew 28 Jesus leaves his image-bearers with a final great commission. In these New Testament verses, there is a familiar theme of bestowed authority, commission, the blessing of God’s presence, mutuality, and partnership. Women and men are given redemptive work again here in the middle of the story, just as they were in the beginning. Now, Jesus calls us to fill the earth with God’s greatness. And as redeemed representatives we carry the message of the cross and grace as part of our call to worship.

The first garden was the perfect sanctuary, as humans daily walked in fellowship with God and led creative and productive lives. Kingdom work then and now is holy, commissioned leadership and partnership work.

Chapter two of Genesis reveals more of God’s dramatic and creative design plans. God anticipated man needed a strength (ezer) that corresponded to him. Ezer is a term used many times for God in the Old Testament, identifying God as a vitally important rescuer. Providing strength and protection are part of the character of God, and God uses this word to describe woman, too. Ezer kenegdo means that woman was man’s equal counterpart and partner. There is not a trace of inferiority in the name God (not man) gave woman.

God designed us as image bearers first. That should inform any other discussion on gender and roles. A focus on hierarchical ideology shifts us away from our true divine mission.

Therefore the Lord God sent them forth from the garden of Eden, to till the ground from which they were taken. (Gen. 3:23)

Hierarchy happens as sin enters the garden. Both humans feel the pain of brokenness as they are separated from the God they once fellowshipped with. Now they tend the rebellious earth with the effect of sin weighing down upon their dejected and decaying bodies.

Man cries tears into the soil and brings forth food. Woman cries tears into the world and brings forth humanity. In a world of conflict, they struggle to live in harmony with one another. Carolyn Custis James writes, “God’s image bearers turned authority and ruling on one another instead of jointly pursuing God’s glory for the benefit of all creation.”3

Our divine dignity and value, however, stay with us in spite of sin. We find examples throughout the Bible of God lovingly pursuing us. Even in the misery of sin and evil, threads of grace and redemption glimmer with hope and point toward the gospel story. Until finally, “whatever we lost in Eden we find again in Jesus. . . . As God’s perfect image bearer, Jesus recaptures God’s original vision for us by embodying true image-bearer living.”4 The incarnation itself is proof of our image-bearing call.

Today, we are fully formed human beings—not the broken pieces of our first parents. When we crush women into rigid gender roles and refuse to allow them to deviate, we strip humanity away from God’s creation—creation which God already declared “very good.” We take human-created systems, baptize them in the name of the Father, Son, and Holy Spirit, and call them “very good.” We deny women God’s grace and redemption in their own life stories. And we become like the conference speaker I saw who said the woman receives the grace of Christ only when her husband functions in his “headship” role.

This takes God’s divine call, design, and dignity and shifts another human into the place reserved for Jesus— our mediator and intercessor. The woman is denied intrinsic value as her imago Dei is stripped away so that gender roles (with specific punishments for deviating) dictate what being a flourishing, “valuable” image bearer looks like for her. We leave women in the conflict of an old and familiar story rather than granting them the power to bring harmony to God’s beautiful and redemptive story. Most horrifically, we deny the Creator of life the movement and space to grow and shape a woman into God’s image.

Whatever it means to bear God’s image is so much grander than stereotyped gender roles imprinted back onto the imago Dei. God is still calling for worshippers. God still expects us to be fruitful glory-bearers. And now we have the Holy Spirit at work transforming us into the image of God (2 Cor. 3:18). Being an image bearer means we care about what God cares about. We shudder over the ways things are and work toward the beauty of what will be.

Photo by Tyler Nix on Unsplash.

[1] Philip B. Payne, Man and Woman, One in Christ: An Exegetical and Theological Study of Paul’s Letters (Grand Rapids: Zondervan, 2009), 45.

What to Say If Someone Says Women Are to Be Men’s Helpers
An Ethic of Sacredness and Justice: Recovering the Imago Dei of Mothers
Short Answers to Challenging Texts: Genesis 1–3

PrevPreviousWomen in Scripture and Mission: Saint Rafka of Lebanon
NextThree Reasons to Rethink the Samaritan Woman in John 4Next