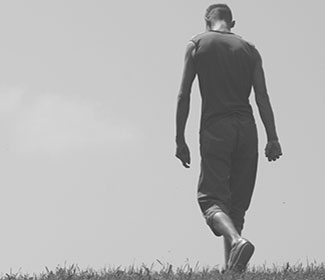 Seven years ago, just a few quarters shy of college graduation, I discovered the cost of my belief in biblical equality. I chose to ask questions and push boundaries, but those actions had consequences.

This fall, thousands of students across the country started their freshman years at Christian colleges. Ten years ago, I was one of them.

As a journalism student, my experience was probably quite different from what the majority of my peers experienced. Journalists are trained to observe, to notice incongruities and to question. And while these characteristics won the respect and friendship of a few professors and staff members at the school, we journalists also gained enemies — particularly among the administration.

My first indication that something was wrong at the college came fairly early in my career at the school. The college held an annual youth outreach concert every spring, and the band that was approved for the concert was a Christian rock group that was quite popular in the early 1990s. What the student body and concert organizers had accepted was suddenly called into question when the college administration discovered most of the male band members had long hair. In a special chapel session, the administration informed the student body that the college would be “evaluating the validity of [the band’s] ministry” due to their appearance.

This was the last anybody heard about the band coming to our college. But it became apparent over the next few years that this band, despite its positive, overtly Christian lyrics and its reputation for ending concerts with an altar call, wasn’t the only group of people the college considered to be unfit for ministry.

The college also had major issues with women and their roles — both in and out of ministry.

Whether it was the campus pastor who would casually demand that the young women at his table in the school cafeteria get drink refills for him and the other men at the table, or the head of the Bible department who insisted women shouldn’t have leadership positions in the church, or the administration who refused to hire women to teach Bible classes, the Christian college I attended wasn’t remotely practicing biblical equality.

As I witnessed women being marginalized and ministries being questioned, I became increasingly disillusioned and angry. I considered transferring to a secular school, but I thought I could make a difference at the school. I hoped I could change things.

So I stayed. I became more focused on trying to work for change, but alarming and upsetting chapel experiences led me to start skipping the mandatory daily chapel session. Why? Among other things, entire quarters would go without a woman being asked to speak at chapel. The campus pas- tor handpicked the very few women who spoke. It was curious that, while I have heard many gifted women preach and teach, these particular women were not good public speakers. Though we had no proof, my friends and I wondered if they were chosen in an attempt to prove a point. In protest, I wanted to stand in solidarity with women whose gifts were ignored based on a faulty exposition of Scripture.

Soon I was on chapel probation, but the next quarter I would be co-editor of the student newspaper.

Consumed by a desire for change

As co-editor of the student publication, I was consumed with a desire to try to bring some degree of change to the college — even if it was by simply starting a discussion on the issues that concerned me. Although I was growing increasingly weary, I didn’t want to quit working for the paper. I was convinced that journalism was the only way I could help bring about change. By mid-quarter, I became a part-time student. This shift dramatically reduced the number of hours I was required to attend chapel.

It was also around this time that I conducted an interview with the head of the Bible department. I asked him what he thought about women in ministry. They should be involved in the church, he informed me, but not in any leadership position. I pointed out that some churches had women in leadership positions. Yes, he acknowledged, and that was very troubling to him. I asked him why. He said that those who attended a church led by a woman would be unable to experience the full blessings of God.

I had the quotes I wanted from him. I was ready to start working on my story — I would start a discussion on women’s roles in ministry.

Then the plug was pulled.

‘Dave’s grace has run out’

When it was time to register for classes for the next quarter, I found I was unable. Then I learned that despite dropping down to part-time status, I was going to be held to the full-time student chapel requirements. Due to my chapel probation the previous quarter, my poor attendance this quarter was enough to expel me.

To their credit, many of my friends were ready to stand by me. One friend was ready to resign from the paper in a show of solidarity. Before he could do that though, he was taken aside by a faculty member and told that I wasn’t being dismissed because of a cause I was championing. I was being thrown out because, in his words, “Dave’s grace has run out.”

But that never explained why I was being held to full-time student requirements when I was now a part-time student.

The stories I was working on were either never published or were covered in a way that supported the school’s line of thought. The school had successfully silenced a voice for equality.

Out of tragedy comes purpose

Despite the horrible pain I suffered, as time went by I realized the true tragedy was not my dismissal from this college. Rather, the greater tragedy is that, off campus, people were — and are — in desperate need of a relationship with Jesus. And while some people at the college generally cared about that, far too many didn’t seem to care at all. Many of the people in administration were more worried about keeping women silent than they were about the salvation of those outside their doors.

How far from the heart of God have we drifted when we allow ourselves to believe race, gender, socioeconomic stature, or hair length have any bearing on the effective- ness of someone’s ministry? And how can any group of believers hold those attitudes and expect to have any relevance to the secular world?

The reality is, those attitudes and actions are hindering the kingdom of God.

My efforts at the college did not lead to the change I had hoped. But while the college administration’s grace toward me had run out, I learned that God’s grace is still boundless. I use the very skills I learned in college to work for biblical equality today. I was even able to apply some of the graphic design skills I learned at the college newspaper to design the winter issue of Priscilla Papers.

My beliefs about biblical equality placed me in a very small minority in college, but now I am a part of a much larger community of CBE members who are all striving to help others use their God-given gifts regardless of gender, race and class. I pray that together we can find ways to help all people serve God in the way they are called.

PrevPreviousHow Can Graciousness Forward The Message Of Equality?
NextBack in the FieldNext