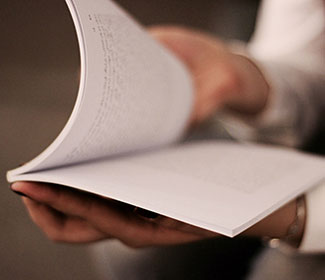 Back in the Field

Editor’s Note: Mary Katherine Campbell, a 60-year-old veteran missionary to Togo, West Africa, and a cancer survivor, returned to her field of service on Sept. 3, using her savings and contributions from friends. Campbell was one of the missionaries terminated by the Southern Baptist International Mission Board for not signing the 2000 Baptist Faith and Message. She wrote this letter to family and friends explaining her situation.

I was among the nearly 100 foreign missionaries who could not in good conscience sign the oath of affirmation of the revised 2000 Baptist Faith and Message. Many of my colleagues in our worldwide missionary force of 5,000-plus were able to sign it; some gladly, some reluctantly. Among those of us unable to sign, most either resigned or took early retirement, but 13 held out until “termination” was voted on May 7, 2003, by the board of trustees.

Why couldn’t I sign the document? For 18 months, my mind and heart churned with the doctrinal changes made to the statement and the motivation behind the request to affirm it. I listened to colleagues as we debated it and the so-called “statement of accountability,” and read everything I could about the arguments, pro and con.

I prayed, read scripture and sought God’s will for my own life. I reviewed the changes made in my beloved Southern Baptist Convention during the last 20-plus years, and I deeply resented the more recent accusations of heresy against the missionaries made by some of the current Southern Baptist leaders.

I listened to respected colleagues say, “Just sign the piece of paper and go on with your work.” But I couldn’t honestly do that.

Late in 2002, the request to sign the affirmation of the Baptist Faith and Message was changed to a demand when the International Mission Board began to speak of consequences for not signing. Soon after that, when colleagues on stateside assignment were told they couldn’t return to their fields of service unless they signed, I began to understand the consequences. That’s also when I began to review the lives of some of our spiritual ancestors who were martyred for their stands against the church establishments of their times, and I asked the Lord to help me stand in faith today. At least the consequences threatened by the International Mission Board did not include torture, imprisonment or burning at the stake!

I have mentally played with the request to affirm the revised confession of faith. It’s sort of like being told to change horses just before my journey is finished. God himself sent me on this journey with the help of the International Mission Board and he provided me a sturdy steed named “1963 Baptist Faith and Message.” When the board brought forth the new mount named “2000 Baptist Faith and Message,” I quickly saw that it has more flaws than my old tried-and-true “1963.” Therefore, I declined to switch and have been forced off the highway to the service road.

Never mind. Old “1963” and I will continue together, under God’s protection, toward our original goal. Besides, many of my admired spiritual ancestors traveled their roads without the aid of any steed (i.e. formal creed/statement of faith).

Returning to reality, I saw that I was not eligible for early retirement, and I didn’t want to resign. That left the possibility of termination. I hoped the board wouldn’t go through with the termination process. I envisioned a member of the board standing up and saying, “Let’s not do this. Let’s just love these missionaries anyway. They’ve already proved their faithfulness.” Then the rest of the board would feel ashamed and agree to let us stay. Obviously, that dream didn’t come true.

While the International Mission Board didn’t grant me grace to stay, the people of Togo asked me to return in order to continue my work with them. Whenever I explained my situation to staff or students or churches, everyone encouraged — nay, begged — me to return.

I carefully discussed with the school’s director and others the possibility and implications of such a decision. Soon it became apparent that this decision was not only possible but also God’s will. Thus, I came back to Texas to use the two months of terminal leave, with generous benefits granted by the International Mission Board, to prepare for my return to the same work I’ve been doing the last 13 years.