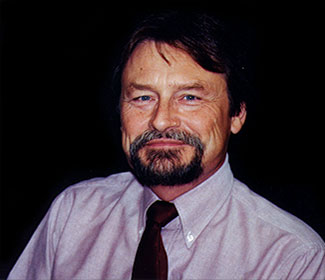 Becoming the Beloved of Christ

Walter Wangerin, Jr. is a storyteller by profession and character. Wangerin brings to life the stories and characters of the Bible with vivid imagination as the author of such works as The Book of the Dun Cow (which won a 1980 National Book Award), The Book of God, and Paul: A Novel.

As a writer-in-residence and professor of English and Theology at Valparaiso University (where he holds the Jochum Chair), Wangerin shares the value of biblical imagination with students studying the foundations of Christianity. In his new book, Jesus—A Novel, he shares Christ’s message of discipleship, love, and equality.

Heather Scheiwe: How would you describe your approach to writing novels?

Walt Wangerin: The novel comes as close as any genre to the idea of exchange; it requires the full imagination. All the elements of the reader engage in a good novel: the mind and the intellect trying to solve problems, the emotions, the flash of imagination able to envision things the novelist only begins to describe, but the reader fills in. It’s the closest [form] of intense communication without the storyteller standing there.

Like your earlier novel about Paul, your new novel about Jesus features a very weighty central character. Did his significance make it harder to tell his story?

It wasn’t harder or easier; it made for its own unique approach on my part. I know this story well from childhood. In order to feel the delight of discovery, I chose the two points of view [Mary the mother of Jesus and The Beloved] and bound myself to them.

I have to be careful here. Everybody says the main point of view is from John, and I’m clear it’s not John. The Gospel of John never names a John. It only speaks of the disciple whom Jesus loves.

Tradition wants to say that the Beloved is John, but biblically, the John we meet in the synoptics [Matthew, Mark, Luke] is a hard-edged fellow. For example, in Mark, he and James tell Jesus, “We want you to give us whatever we ask….To sit one of us at your right and one of us at your left when you come into your kingdom.” The beloved disciple in the Gospel of John has a completely different character.

I’ve made a point throughout the novel to say that this narrator gives no name, but says, “My only name is beloved of Christ.” I wanted to open a spot for the reader to sit down and become that one.

Working through Mary’s point of view—understanding what that must have meant to be the mother of the child of God and in effect, therefore, to have God as your husband—I can believe her strength of purpose to call this husband to account for keeping his promises to their child. For me, watching it through a woman’s eyes offered persistent insight on how she felt rejected by Jesus and returned to him in care, and then what she felt like at the cross.

The intimacy between the characters was interesting: Mary and Martha meeting and inter-mingling with the group at the end, Jesus Barabbas honoring Jesus Christ, etc. What was your inspiration for these connections?

I felt myself bound, as I always do when I work with biblical literature, first by the account itself. Second of all, bound by the Bible as a whole, that whatever I imagine or whatever theology I propound from the story has to fit the theology, the imaginations, the events of Scripture as a whole. I bind myself to the times; it takes a lot of archaeological scholarship. I bind myself to the ways people lived with one another. Finally, I bind myself to my recognition of human characteristics so that I would never propose something that wouldn’t work. Within these severe boundaries, I feel myself free to imagine.

The Gospels themselves are not necessarily careful about when things happen. You can find certain parallels, but in Mark particularly, also in Luke and Matthew, when things happen are left somewhat loose. I find a certain freedom in deciding how to weave them together to create a more dramatic progression.

But within those severe restrictions, I think I have the freedom to imagine, never assuming that what I’m writing is the Bible or a Gospel, but always placing myself among the ancient tradition of the Midrash, the way the Jews will take stories of the Bible and think them through from another point of view, which allows them to come up with insights and attitudes they otherwise would not have had.

How did you flesh out Mary, since she’s not mentioned as much as Simon Peter or The Beloved?

I took the characteristics that seemed to carry through the Gospels. The personalities of the people [are] only barely touched upon. Mary the mother of Jesus appears in John only twice. The first time, she’s an intrusion at the wed- ding of Cana, and you can see her strong spirit. The second is at the cross, where there is a reconciliation and Jesus says, “Woman, behold your son,” speaking of the beloved disciple.

I think she was pushy in a good way. First of all, the angel [announcing her pregnancy] must have terrified her. [Angels are] always saying, “Do not be afraid.” Nevertheless, when the angel predicts she’s going to have a kid, she argues. That says an awful lot about her spunk!

I have the same feeling in Luke. She bears the baby, but [Luke] doesn’t offer anyone else’s presence but Joseph’s. I can only imagine she took control of that birth and commanded Joseph about what to do. She’s pretty sharp. When they were looking for the twelve-year-old Jesus, she scolds [Jesus] in exactly the way I’ve heard that scolding, “Didn’t you know what you were doing to us?” In the wedding of Cana, not only does she tell him what to do, but when he seems to dismiss her, she nevertheless goes to the servants, saying, “Do what he tells you.” She’s still the mother who knows what’s best for her son. I get from that the strong-willed woman.

But I began to work through this idea that when [Jesus] returns and continues his work in Nazareth, she cannot continue in that same role, because of who he is and what he intends to do. So I suffered with her as she became more alert to the fact that she didn’t have the same sort of power to direct Jesus as she had before. There comes that moment when she retreats altogether from him, sorrowfully, and turns to him only because she has terrible news about John [the Baptist]; in that moment, she is transfigured. She wants to follow her son, but will have to do it now in a more limited relationship.

When I write like this, it’s a genuine interweaving between the facts in the texts and my imagination about what those facts mean in the fabric of life. I see [Mary] there because we know she’s there at the end, following him in a completely new way. For me, the deepest insight was to think about how women respond to these acts of their children. The forces of those days seemed to take out of her hands much of a woman’s choice. But in my studies, I became aware that women were the ones who not only brought life into the world, but prepared the bodies to depart the world. That’s what we’ve lost—[women] had elemental moments of human existence in their hands.

You describe Joanna, Susannah, and Maryam of Magdala participating in the same rituals and teachings as the male disciples. Was it natural for you to include these women in the narrative or was it a stretch?

It was altogether natural. Luke introduces the women when he lists the disciples. He continues to return to them as present to the end. He is aware that they’re the ones willing to go to the tomb; there was not a man among them who did that.

In my research on Paul, I became very aware of the radical equality that existed during that first generation after Jesus’ death in house church worship, praise, and praying, so I do think that Jesus’ presence and willingness to deal with women as fully as he did with men was radical in his day. I find it perfectly natural that for his own chosen association, he was doing something new.

I was touched when Mary climbed Mt. Tabor to tell Jesus about John the Baptist’s death. Jesus sings a beautiful song about Deborah, then says, “Mother, you are my Deborah.” A powerful connection between Old and New Testaments, but something I’ve never heard before. How did you envision this?

It came about because of where they were. From Mt. Tabor, Deborah watched as the forces fought in the valley, so the geography was right. But the people of Jesus’ day were not teaching what we think of as the New Testament; they were teaching the Old. It was their staff and stay, the clearest definition of who they were.

[Deborah] appears as one of the first women of significance, certainly of the judges. Matthew remembers the foreign women who were part of Jesus’ heritage: Tamar, Bathsheba, and others. At that time, these things [were] recognized. [Jesus’ song] touches on the entire tradition of the acts of women.

Where would you take this story next?

I did the Book of God up to Pentecost, then Paul picked up from there. [Jesus] came sort of surprisingly. In this area, I may have finished for myself.