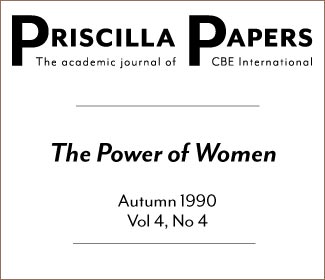 Mariana Ruybalid describes herself as “a very independent person.”

The LAM missionary is a psychologist by training, with a working knowledge of Spanish, French and Portuguese plus a reading knowledge of Biblical Greek and Hebrew. Her speech is slow and fuzzy, but people tell Mariana she is easier to understand in Spanish than English. (“Perhaps I am more careful.”)

She immediately set out to help persons with physical limitations run their own lives, excel and even serve others. In the process, she said, “God has opened doors.”

The National Council for Rehabilitation and Special Education asked her to start two groups for women with physical limitations, for instance.

Last November in Costa Rica, Mariana played a key role in a first-class conference to train leaders who have functional limitations.

“I’m working to change ideas,” says Mariana. Once she was invited to speak at a hospital where doctors expressed surprise that anyone with cerebral palsy could give a coherent talk. In their minds, a person with cerebral palsy also is mentally retarded, Mariana said.

“If parents of a child with physical limitations are told this,” Mariana said, “they won’t expect much, and the child won’t receive the [mental] stimulation that is needed. So maybe the child will become retarded. It’s a case of self-fulfilling expectations.”

Born in Denver, Colorado, Mariana moved with her family to Venezuela and then to Brazil, where at age 15 she committed her life to Christ.

At age 24 she entered a period of struggle with God and wound up studying at L’Abri in Switzerland and France, where she put her life under Christ’s lordship.

Mariana has questioned why she has cerebral palsy. But she has come to see the importance of her being a role model – that of a person with physical limitations but who is a Christian, manages her own life, and also helps other people.

Mariana is seeing progress in her work with the women’s groups. At one of the Saturday meetings, a woman suddenly started crying.

“She had realized she couldn’t really think for herself,” Mariana explained. “For the last 10 years she’d been working as her brother’s secretary, but he’d never bothered to pay her.”

In the course of a month, Mariana said, the woman got a good job at a rehabilitation center, and she got her own place to live.

At a subsequent meeting, the woman proudly entered the room in a new red outfit. Beaming, she explained this was the first time she had bought clothes with her own money.

“The women are changing,” said Mariana. “They are beginning to take more responsibility for their lives, to make decisions and to accept their limitations.”

PrevPreviousSpeaking Up for Women Without a Voice
NextThe Church, Sexuality, and Eating DisordersNext