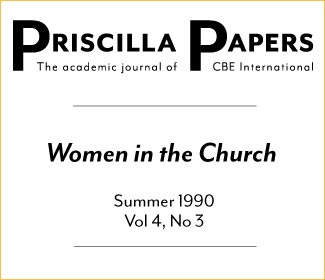 In the struggle to serve God, women have used their musical talent and influence in various ways. From Bible times to the present day, music has played an important part in worship of our great God. Students continue to explore, search out, and discover the part women played in this area through the years.

Women have always loved to sing. In the Old Testament, we hear about Moses’ sister, Miriam, who broke into song to celebrate God’s deliverance of the Israelites from their slave-drivers, the Eygptians. When they were on the other side of the Red Sea, she and other women sang, played tambourines, and danced. Deborah, the great leader of God’s people reproted in Judges 5, sang a long song after God gave the Israelites victory over the Canaanites. Her music expressed confidence, courage and joy.

In the New Testament period, music played a large part of in the coming of Jesus, the Messiah. Mary sang at the time the angel spoke to her of Christ’s approaching birth. This song, called the Magnificat, is found in Luke 1:46-55. It begins, “My soul magnifies the Lord and my spirit rejoices in God my Savior.”

Cecilia was a Christina woman who received high honors for her church mustic. (The date of her death according to some scholars was 176 A.D and others 230 A.D.) There is a church in Rome named for her, built over the Roman bath where it is thought she was slain as a martyr. She was named patroness of the Academy of Music at Rome when it was founded in 1584. Having become the patron saint of church music, she was painted by artists and praised in literature down through the ages.

As happened in ealier centuries the Christian needs of new denominations emerging in the fifteenth century allowed women non-traditional roles. Some began by helping their pastor husbands. Such a one was Regina Filipowska in Poland, who with her husband led their congregations and wrote hymns for them to sing.

When Martin Luther, a Catholic monk, sparked the Reformation he also broke the rule of celibacy and married Katherine von Bora, a nun. Katherine Zell, another sixteenth century Lutheran minister’s wife compiled hymn books for lay people. She described her motivation: “When I read those hymns I felt that the writers had the whole Bible in their heart. This is not just a hymn book but a lesson book of prayer and praise. When so many filthy songs are on the lips of men and women and even children, I think it well that folk should with lusty zeal and clear voice sing the songs of their salvation. God is glad when the craftsman at his bench, the maid at the sink, the farmer at the plough, the dresser at the vines, the mother at the cradle break forth in hymns of prayer, praise and instruction.”

In the 1700’s John and Charles Wesley initiated a movement which eventually broke away from the Church of England. A woman helping to spread the Wesleys’ ideas was Selena, Countess of Huntingdon, known as “the mother of Methodism.” Not only did she give money for Wesley to start sixty or more English chapels, she also compiled A Select Collection of Hymns. However, since the authors’ names were not printed, we don’t know if she wrote any of them herself.

Christian renewal movements of the nineteenth century in England and America inspired many women to write. Fanny Crosby, who was blind, wrote over 8,000 songs during this time. Two of her best are “To God be the Glory” and “Blessed Assurance.” Charlotte Elliott wrote “Just As I Am.” Francis Havergal in England wrote such popular ones as “Take My Life” and “I Gave My Life for Thee.” Others were Katherine Lee Bates (“America, the Beautiful”), Julia Ward Howe (“Battle Hymn of the Republic”), Mary Lathbury (“Break Thou the Bread of Life”), Katherine von Schlegel (“Be Still, My Soul”), Annie Hawks (“I Need Thee Every Hour”), Cecil Frances Alexander (“Jesus Calls Us”), Elizabeth Prentiss (“More Love to Thee”), Sarah Flower Adams (“Nearer, My God, to Thee”), Mary Thomson (“O Zion, Haste”), and Emily Elliott (“Thou Didst Leave Thy Throne”).

We have many good German hymns due to the translations of a nineteenth century English woman, Catherine Winkworth, some widely used in England and America. Hymns she translated include “Now Thank We All Our God,” “Praise to the Lord, the Almighty,” and “If Thou But Suffer God to Guide Thee.” Along with this literary work, she led a movement for the promotion of higher education for women.

In the twentieth century, women like Gloria Gaither have continued to write and compose hymns and other sacred music. Two fine hymns by Margaret Clarkson are “Declare His Glory” and “So Send I You.” These writers have been included in many hymnals today.

In the book Women Composers and Hynmnsists: A Concise Biographical Dictionary, Gene Claghorn includes 155 women composers and 600 women hymnists. A few are noted poets and writers of other material but most of them were single women or homemakers. Women from all leading Protestant denominations and many countries are included.

Women today are more free to develop talents and build on the accomplishments of our sisters from the past, but we are still grateful for the heritage of faith, fortitude, courage, and love given by them to prompt us on our way.