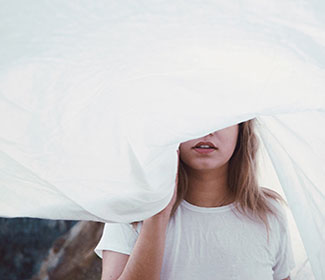 Is ‘Woman’ A Dirty Word?

“Lord, help me to know where you have gifted and motivated me to serve, so that I might be more fully used by you.” This had become my heart’s cry, yet as I began to sense the direction of the Lord in my life like never before, the doors of the church seemed to close. The words were different each time but the message was always the same: “There’s no place for you … woman.”

Women. The very word has become a dirty word in society: drugs, sex, parties, rock’n’roll, women. While my husband and I served as missionaries in Brazil, my heart wrenched in agony at the pornography so openly displayed on all the street corners of our city. The pictures were always of women, distorted and disfigured. For the first time in my life I became indoctrinated to the fact that womanhood carries an inherent sense of shame in our world. Something about it hurt me to the very core of my being. Those women in the pictures seemed so different from who I am, but they were, after all, women, just like me.

My ongoing question became, “Lord, is this what woman was created to be?” Through much prayer and examination of the Scriptures, I came upon the account of the fall in Genesis. What a revelation this was to me! The abuse of women all over the world went all the way back to the earliest sin. The reassuring factor for me was that God never intended it to be that way. Rather, all of this pain and hurt had come as a result of sin.

I thought the question was thoroughly resolved in my heart and mind, but this proved to be only the beginning of an even deeper struggle. As I entered back into church life in America, I was extremely disturbed to see that “Christian” ideas about womanhood were all too close to the sinful world’s ideas. Church leaders in my denomination were saying that women were to be ruled by men. Some softened those terms to say the husband is to be the “spiritual leader” of his wife, but in all practicality, it amounted to the same.

As I began theological studies, I was oblivious to the world that I would be entering in a Southern Baptist Seminary. Time after time, people would inquire about my husband’s call to ministry, ignoring my own. One quarter of our student population, women, were overlooked in chapel services, as speakers would pointedly address the men only. Ironically, the only woman who ever preached a chapel service pointed out that women are not supposed to preach! I found such double standards and faulty logic to have consumed Southern Baptist life.

Meanwhile, I was blessed to have found several professors in this seminary who had come to an egalitarian view of women in marriage and ministry after years of examination. These professors refused to allow their theology to be dictated by cultural tradition, but were determined to study the matter for themselves before deciding where they stood. It was one of these professors that directed my attention to CBE, where I was blessed to find others of like heart and mind.

My goal has never been to advance feminism, but to advance the gospel. When people in the church prohibit the use of gifts because of gender, there is an unnecessary barrier to the advancement of the gospel. Many women are discouraged from service altogether, finding constant obstacles as they attempt to exercise their gifts. Some women are finding ways to get around the barriers. Thankfully, there are also those men and women who are attempting to remove the barriers in order to allow optimal freedom in Christian service.