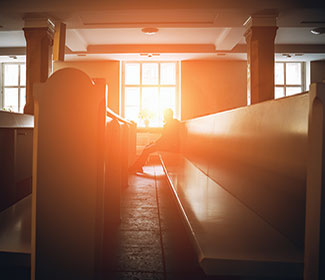 Why #MeToo Is Good for Men Too

Will 2018 be “The Year of the Woman”? That’s the question US pundits are asking as women’s political engagement grows and women are elected to public office in record numbers. But women aren’t just rising in the political sphere. The women’s justice movement that has been brewing for hundreds of years is now surfacing full force in ways never before seen in history.

As a victim advocate, I’ve seen the number of survivor stories in my newsfeed and inbox greatly multiply. Survivors and advocates are persistently calling out powerful men in both the secular and religious world. And, where these men were once enabled and protected, they are now being held accountable for abusive misconduct. Female survivors are also gaining camaraderie online and uniting to topple oppressive structures. We’re finding the courage—together—to reach out for help and support.

Commentators are apt to name 2018 “The Year of the Woman.” With the Silence Breaker, #MeToo, and #ChurchToo movements, women are declaring that we will no longer keep quiet about abuse, especially in the church. Yet, I believe this powerful cultural shift is just as necessary and potentially healing for men. Together, we can prophesy a better way forward for women and men, a path that ends at justice and freedom for us all. Here are four ways the #MeToo movement is vital to the healing of men.

Men grow in their understanding of God

Healthy theology affirms the full, equal humanity of women. Scripture illustrates—from the creation narrative on—the extraordinary alliance made possible when men and women are both respected and have equal dignity. In mutual male-female relationships, men benefit from the spiritual partnership, strength, wisdom, creativity, and accountability of women.

This is clear from the Bible. Apollos benefitted from the teaching of Priscilla (Acts 18:26). The prophet Hulda delivered God’s word to Josiah, who responded by tearing down the idols across Israel (2 Chron. 34:14–33). As the one to deliver (and most likely explain the contents of) Paul’s letter to the Romans, Phoebe partnered with Paul to the benefit of the Roman church (Rom. 16:1–2).

Women suffer when their full humanity isn’t honored. But men also suffer spiritually—both because they’re deprived of women’s “strong rescue” and because women image the feminine qualities, and thus the fullness, of God. Without women, men lose out on key theological and social insights. They become trapped in an echo chamber and miss out on all the amazing things women can show them about God. With women as equal spiritual partners, men grow in their understanding of God.

Men benefit when women are seen as fully equal humans, because societies are more stable; peace is more sustainable; and economies improve. According to the 2012 World Development Report, “gender equality matters instrumentally, because greater gender equality contributes to economic efficiency and the achievement of other key development outcomes.” Research also shows that gender-equal societies are less violent and citizens, men included, are less likely to die violent deaths.

Gender diversity also has a direct impact on organizational performance, according to the Peterson Institute for International Economics. The Global Leadership Forecast found that companies performing in the top 20% financially had twice the number of women in leadership roles as the bottom 20%. Clearly, as the UN states: “Women’s economic equality is good for business.”

Further, where countries embrace gender equality, they will likely also embrace other social policies that benefit men, like paid paternity leave. In more gender equal societies, men tend to be more involved with their children. Men’s lives and relationships are improved when laws and policies exist to encourage them to participate equally in family life, and when they do not see childcare as solely women’s work.

Even Jesus benefitted from women’s economic success. As a traveling teacher, his ministry was funded, at least in part, by wealthy women like Joanna and Susanna (Luke 8:1–3). Then there’s Lydia, a successful businesswoman whose home was the first meeting place for the church in Philippi (Acts 16). She provided safety and stability for the growing community of believers—men and women.

When men are held accountable, it allows personal and emotional growth

The #MeToo movement aims to hold abusive men accountable for their actions. It might not be obvious how this practice benefits men who don’t abuse women, but it is actually good for all men. When we hold men accountable, it is clear that we believe men are able to control their actions. In both Christian purity culture and in secular media, men are painted as sexual animals unable to control their behavior toward women. This understanding of masculinity short-changes our brothers in Christ. It is also a central tenet of rape culture, which endangers women.

If we say that men can’t control their actions because their sexual instincts are too consuming, we imply that men are more animal than human. We communicate that men are unable to morally discern right from wrong or sexual abuse from healthy sexual intimacy. That men have no choice but to give in to their sexual urges even when they hurt and violate women in the process.

This is the extreme end of statements like “boys will be boys” or “I couldn’t help myself,” or “I just had to have her.” We love to romanticize aggressive masculinity, but it’s a cheap, insulting take on men’s capacity for self-control, empathy, and connection. Further, it leaves men without the necessary tools to understand and regulate their own sexuality and identify healthy versus unhealthy expressions of it. If real men don’t cry, Jesus failed the test (John 11:35).

In holding men accountable, the #MeToo movement actually affirms men’s humanity—their ability to know and then choose right from wrong and to have healthy, mutual relationships with women. It also honors the good men who choose to treat others with equality and respect.

Men are freed to speak up about abuse

Patriarchy is a system in which true masculinity means having power and control over women and natural femininity means submitting to men. In this culture, truly masculine men are never in a submissive role, lest their manhood be questioned. As mentioned, abuse is always motivated by a lust for power and control; an abuser wants to dominate a submissive victim. Men and boys who are abused are forced into that submissive role.

That women are asked to willingly take on a submissive role in their relationships is very dangerous. But if men are supposed to be strong leaders, then abuse is evidence of their social and spiritual failure. This is why it’s monumentally difficult for men and boys to speak up about abuse—not only because of the weight of the trauma itself but because of how they may be perceived by their communities. Male victims are often afraid of being shamed for “not being man enough” or of being disbelieved by those around them because “men can’t be abused.” Further, men are four times more likely than women to commit suicide. Many believe that’s because they’re encouraged to ignore emotional trauma and be strong.

#MeToo subverts these manhood myths. When men and women are equal, it’s not only women who are freed. Men are freed too—free to be human and free to be vulnerable. When women and girls speak up about abuse, men and boys are able to do the same without stigma or shame. And, their manhood is no longer defined by maintaining constant power over others.

With #MeToo, women are taking back their voices and power. They have rejected the idea that men are entitled to power over women. But we are experiencing God’s revival through this movement, and it’s for women and men. God’s heart is for the full humanity and equality of men and women. And when God’s dream for humanity is restored, everyone, men included, will reap the benefits.

Tweet
PrevPrevious#MeToo and the Church
NextVindicating the Vixens: How We View Bible Women Shapes Our Response to #MeTooNext