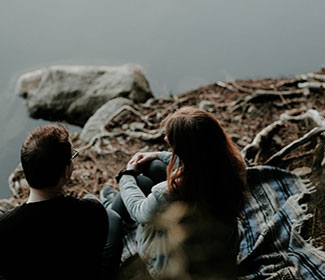 Who’s in Charge Here? Discerning the Lord’s Leading in Marriage

Karen and Mark are both pastors with vibrant ministries, but their marriage is at a crossroads. Karen has been offered a large church in a growing area that sounds like a perfect fit. Mark has no desire to leave his flourishing ministry. They love the Lord and each other, but they can‘t agree. How can they decide?

Those who believe in mutual submission emphasize Ephesians 5:21: “Submit to one another out of reverence for Christ.” Gretchen Gabelein Hull writes in “Equal to Serve,” “How desperately we need to see that mutual submission in marriage … is not the subtraction of wifely submission but the addition of husbandly submission. In decision making within marriage, the ‘one’ who makes the decisions should be ‘the two become one.’”

Yet people ask, “Who will make the decision when the couple is divided over an issue?” Some authors suggest that the partner who is most affected by the outcome should make the final decision. Others say the couple should take turns in breaking such impasses.

Hull insightfully looks at the root of the issue: “If the partners frequently find themselves at odds, they must prayerfully ask God to help them establish a true ‘one flesh’ relationship. Instead of arguing over male headship, they must both focus on Christ’s Lordship.” But how can couples do this practically?

In order to include God in marital decisions, couples must believe that the Lord desires to direct the marriage, and that God speaks to individual believers through the Holy Spirit as well as through Scripture. Both spouses must agree that the leading of God is their foundation for handling decisions.

If Christ is going to be the leader of the relationship, both spouses need to be on intimate terms with him as individuals. They need to have and protect individual daily prayer times.

My husband and I take turns being the “parent in charge” every morning. Bill has his time with the Lord before anyone else gets up, or at his office. I run or walk and listen to worship music. Otherwise I go downstairs and read my Bible, pray and write in my journal. He handles the children, the phone and anything else that may arise during that hour. In love, we allow each other time with the Lord every day.

Prayer Life as a Couple

Doug McMurry and Brad Long have outstanding teaching and practical suggestions for developing a joint prayer life in their book, “Prayer that Shapes the Future.” In the chapter entitled “Household Prayer,” they suggest: “Discuss the prayer time together, making sure both partners feel respected. When one partner feels like a lesser contributor, household prayer rarely lasts. Prayer tests the fabric of a marriage and challenges two people to respect each other’s relationships with God. A daily prayer time forces both spouses to deal with issues that have cropped up in their relationship.”

In seeking God’s direction for a marriage, the couple must also agree to not proceed on decisions without mutual agreement. Often the Lord will speak to one partner but it will be months or years before the other partner feels the same calling.

For example, in 1994 I had a recurring image of a Hispanic girl from Nicaragua waiting for us to adopt her. If this was a calling of God, I knew he would speak to Bill as well. At the time, Bill was closed to pursuing this idea, and I was partially relieved. I was busy with three small children and a growing church.

In 1996, the Lord spoke to Bill, prompting him that it was time to begin looking for this child. Coming to this point of unity sent our family on a journey that culminated in August 1999 with the adoption of our daughter, Maria Annelisa. I later found out she had been born in 1994, a month before I began getting the image of the little girl.

God can speak through many means: a still small voice, a sense of peace or rightness, a word or phrase, a passage of Scripture, or a dream or vision. God can also speak through a spouse who does not have peace about a particular decision but can’t verbalize why. This is an indicator for further seeking of the Lord’s will.

The goal is for both partners to be in unity and have a sense that they are responding to God’s initiative. Even if circumstances seem to point in a particular direction, one spouse’s unease is a sign to wait. God will not tell one spouse “yes” and the other spouse “no.”

One example of this is in Payton and Ellen’s marriage. They were in the last stages of Payton’s candidacy for a new pastoral position. They had both felt positive about the call and had no reason to turn it down, but during their visit Ellen was restless and couldn’t sleep. As she prayed, she kept getting the sense that the Lord had something else for them.

Payton balked because it would look awkward and would be a disappointment for the calling church. Yet Ellen’s words resonated with him. As graciously as they could, they declined the offer, citing their sense of the Lord saying “no.” When they returned home, a message from another church was waiting for them on their answering machine. The Lord was clearly leading them to accept this new position.

Waiting on the Lord

Often the Lord will be leading the couple toward a particular decision, but the couple must learn to discern together if the time is right.

Nine years ago, my husband felt that he and his ministry position were not a good match. He wanted to get a doctorate and become a professor. Both of us believed this was the leading of the Lord. I agonized, however, knowing that we would have to leave my beloved church. It was the first church where I had served as pastor, and it was growing numerically and spiritually.

My husband, who affirms my calling as a pastor, pursued every option within commuting distance. When those doors closed, he sent applications to three schools in other states. My angst with God grew. I asked the church to fence our yard and I bought an elaborate swing set that required hours of assembly by my husband and men from the church. It was a way of saying “We’re staying here. We can’t move now.”

Several months later, at a retreat in New York, we joined more than 200 Christians in glorious worship. The music flowed into a contemplative time, and the fullness of the Lord’s presence enveloped the room in a sweet silence.

A sentence in my head interrupted my silent worship: “Get ready to release them; get ready to let them go.” Tears erupted from deep inside me. I knew exactly what the Lord meant. He was preparing to move us away from our current situation, no matter how many fences and swing sets I might build. The Lord’s word was wrapped in so much love and a certainty of his presence that my will molded instantly to that message.

I started planning informally for my departure, moving people into leadership and setting up structures that could work without me. But, to our shock, Bill was rejected from all three schools. Did I hear wrong?

We continued praying and sensed that it was not the right time. The next year Bill applied to eight schools and was offered full fellowships plus teaching positions at three. When we visited one of the three schools, we both had a joy and excitement that we had found the place.

I was still heartsick about leaving my church, but the year between our decision and our move was the most prosperous year for both our ministries. God graciously gave me time to release the church gradually and equip them for my absence.

In John 10:27, Jesus says, “My sheep listen to my voice; I know them and they follow me.” The Lord invites us to become like little children before him. Our job is to seek his will and step out in obedience.

Sometimes we have ice cream in our house for dessert. This is a big treat for my four kids, who stand in line, pleading for their ice cream. They are completely focused on receiving the sweetness of the treat from me. Christian spouses can imagine themselves waiting together to receive the sweetness of the Lord’s guidance, ready to devour it when it comes.

Reprinted by permission from The Lydian, a PCUSA renewal publication.

PrevPreviousConsidering 2001: Looking Back Before Moving Forward
NextHow Advent Teaches Us to Find God In the FeminineNext