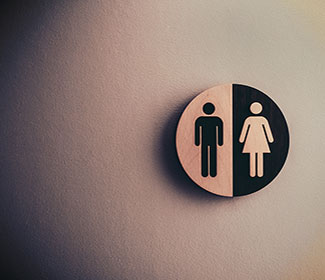 When the Shoe Was on the Other Foot

As a male, I recently had an experience that involved gender stereotyping, from which I learned a lot. For one thing, I learned a bit about how my sisters have so often felt.

There was a meeting in a major Southern city to plan for a large women’s conference. I attended in my role as chair-elect of CBE’s volunteer board.

There were 62 women in the meeting, and I was the only male! I told the group that I felt like a lion in a den of Daniels.

The women were most cordial, and seemed appreciative at my being willing to take part. We were grateful for the opportunity to work together on something important. However, we did have some interesting and even humorous moments. As the only man in the group, I was often ignored and overlooked. We met in a local church. One of the associate pastors — a long-time friend of mine — came in and was introduced to the group. Our leader told him, “There are 62 women here.” My friend looked at me curiously. “They represent all sorts of different women’s organizations.” He fixed his eyes on me again and gave a questioning gesture. We had a good laugh over it.

The church served us a fine lunch of quiche and salad. But the woman taking the money for the meal apparently was of the “real men don’t eat quiche” school. Based on that presupposition, she asked me if I wanted her to get me a sandwich instead. I appreciated her thoughtfulness, but frankly, I like quiche. I always have. Anything with cheese is OK by me.

One of the men who helped with the serving of the meal evidently did not think that a man would be satisfied with a single helping (even though I am working diligently to get my weight down). He offered to bring me seconds. I didn’t notice that he made this offer to any of the ladies, though some of them may have missed breakfast or wanted more.

This additional example of stereotyping was all the more amusing because of what had happened the night before. I had gone out to a local Cajun restaurant with a couple of the women in the group, and all three of us ordered the grilled catfish fillets.

The young waiter brought each of us four fillets on rather large platters running over with a special rice. I had barely been able to eat two of mine, and felt that I was overdoing it at that. The younger lady in our group ate three of hers, and the woman my age ate all four!

It was definitely stereotyping to think that because I was male I would eat more than any of the females.

My experiences at the planning conference were incidental and even humorous. It helped me realize, however, how many times women have been the victims of more serious, baseless and even cruel stereotyping with regard to things like logical reasoning, emotional stability, spiritual insight, administrative ability and technical skill.

People are people, individual people, regardless of gender. One’s gender is far less important in some areas of life than some people try to make out. It helps us to realize this when, occasionally, the tight-fitting shoe of stereotyping is on the other foot.

As Dorothy L. Sayers had a character say in one of her mysteries, “It’s good for a man to have to do the listening sometimes.”