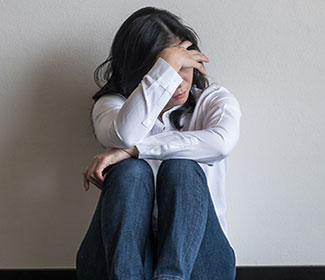 We did not find the relationship abusive. We also do not believe that there is need for church discipline […] We found a deep level of insecurity and unhealthy expectation for [your partner] to fill your need for love and security. In prioritizing your relationship above all things, even your own well-being, you made an idol of [your partner]. This set you up for deep hurt and pain, as only God is the one who is able to make us a whole and complete person. We also found that you held onto anger and resentment in the relationship, despite your ‘quick forgiveness’ during the relationship. There is still bitterness in you from what you experienced, and we are concerned that you not let this root of bitterness remain and cause you to miss the grace of God, as the Scriptures warn.

Reading those words, I felt shock. The last few months had been an emotional rollercoaster, and I couldn’t believe this was the culmination of our efforts to find justice. It started when my friend disclosed to a female pastor at our church that she’d been psychologically abused by her boyfriend, another church member who served on our leadership team.

Then there was an “investigation” to determine whether the abuse actually happened. My friend was forced to relive her abuse in writing a detailed account of her trauma. No support was provided to her during this task. Best practice dictates that abuse survivors have support in writing their trauma narratives, because they can struggle with memories of the abuse and are prone to rationalizing/minimizing their abuser’s behavior and even blaming themselves for what happened.

In addition to reliving her trauma, my friend and I (acting as an advocate/support) were asked to attend several emotionally-draining meetings and collect “supporting evidence.” We then waited weeks—in silence and ignorance—for what we hoped would be justice.

As I read the church’s brief report, my anger mounted. We knew that my friend had been abused. But we were now being told by our spiritual leaders, people with no professional training or knowledge on the subject, that she had not been abused. And not only did they deny my friend’s experience with spiritual abuse, but they also committed a secondary abuse in re-traumatizing a victim and erasing her experience.

Though my friend’s abuse was obvious to me, I’m aware that many Christians have a hard time recognizing spiritual abuse. Spiritual abuse is tricky to identify. Unlike physical abuse, it leaves no visible scars. Harsh words, shouting, and name-calling don’t necessarily occur. Like psychological abuse, it can be used to manipulate the victim’s sense of reality. It can be used to deny your partner the freedom to practice their faith, or as the underlying justification for other forms of abuse. For example:

Though difficult to define, spiritual abuse frequently involves the manipulation of Scripture and faith values to 1) justify or conceal abusive behaviors and 2) manipulate the victim into believing they’re in the wrong.

Throughout her relationship, my friend experienced spiritual abuse when her partner (a church leader):

We sat at my dining table for hours, our minds in a tangle, reading and re-reading the report and reviewing the meeting we’d just left. Somehow, they’d decided that my friend was the issue. At the time I thought: How can we fix this? Do we need to explain it better? How can we help them understand? As time wore on, I began to realize we were facing a much bigger problem: In disclosing her abuse, my friend had been exposed to secondary abuse.

Secondary abuse (sometimes called institutional abuse or Double Abuse) happens when a victim comes forward to those in authority and is met with denial (“We don’t believe you”), justification of the abuse (“You must have done something to deserve it”), or stalling techniques meant to put off consequences for the abuser and justice for the victim.

As with primary abuse, Double Abuse comes in multiple forms: not believing the victim, apathy, justifications favoring the alleged perpetrator, criticisms, wrong judgments, or avoiding accountability. Each of these forms push victims toward incorrect interventions and interfere with opportunities for healing while significantly exacerbating trauma and increasing emotional and physiological harm.

My friend’s secondary abuse was also wrapped in spiritual abuse. She was reprimanded for her sins of idolatry and bitterness. Scripture was used to reinforce this rebuke: “We are concerned that you not let this root of bitterness remain and cause you to miss the grace of God, as the Scriptures warn.” Meanwhile, her abuser was excused from taking responsibility for his actions. We were told that, because he’s a man, he just isn’t good at expressing himself, and that he is used to being catered to by women because of his cultural background. When my friend tried to speak more publicly about the abuse, she was rebuked for spreading gossip and shunned by those who thought she should keep quiet and get over it.

How to Recognize Spiritual Abuse

Sometimes we can only recognize spiritual abuse by how it makes us feel after the fact. If you’re wondering whether you have experienced spiritual abuse, you might ask yourself:

Shame is meant to be a temporary feeling, one that leads us to repentance. It’s about owning things that we’ve done, confessing them to God, and relying on God’s grace for our forgiveness. Once we receive forgiveness, shame no longer has any use. Instead, it becomes something warped and toxic, something that slowly breaks us down from the inside.

Abusers, and those who defend them, twist shame to make victims feel there’s something inherently wrong and broken within them. Because abusers are unable to acknowledge the truth of their actions, they have no choice but to make the victim a receptacle for their own shame. Because secondary abusers are invested in seeing the abuser as a good person, they likewise seek to blame the victim.

Other questions you can ask yourself to determine whether secondary abuse/spiritual abuse is taking place:

Is Scripture being used to maintain a double standard?
Is one person being defended/excused at the expense of another?
Am I being asked to take responsibility for someone else’s actions?

Spiritual abuse can have long-lasting implications. Because my friend was labeled a bitter, vindictive, sinful woman by those in spiritual authority, she no longer felt safe within our church. Church leaders didn’t believe her. In fact, they thought she was actually to blame for what happened to her. She had no choice but to seek refuge and support outside the church.

Thankfully, there are many resources available for abuse victims, including organizations that directly address abuse within the church. CBE International, The MEND Project, and Godly Response to Abuse in the Christian Environment (GRACE) are all organizations that seek to educate and empower victims and their churches to respond to abuse in ways that promote healing, accountability, and justice. Meanwhile, the National Domestic Violence Hotline provides a space where current and past victims of abuse, and their supporters, can access information and resources from trained counselors.

Still, these resources in and of themselves can’t offset the damage of spiritual abuse. At the end of the day, the abuse she experienced has tainted my friend’s view of Christian community. It has made l her more suspicious, less likely to open herself up to others. She has also, understandably, become more skeptical of those in spiritual authority.

A few months after my friend’s case was “closed,” she received a letter. It was from another woman who left our church years prior. It said: “I heard about you from a friend. The same thing that happened to you happened to me. If you want to talk, I’m here.”

Over the coming weeks, the three of us connected. It was with a sense of anger, shock, and despair that we realized how similar my friend’s experience was to hers. We also learned that, following her experience, this woman shared resources and information about abuse with our pastors in the hope that it would equip them to assist future victims.

Unfortunately, none of those resources were made available to my friend when she sought help. Though they were each abused by different men, both women experienced the same shaming, blaming, and secondary spiritual abuse at the hands of our church leaders.

In the months since we first connected, we three have sought to bring reform to our church regarding issues of abuse. I’m the only member of this group currently attending the church. Prior to leaving the church, neither woman was offered safety planning or support to protect them from additional abuse. Both abusers are still active members of the church today.

If we are to begin taking spiritual abuse seriously and dismantle it as a method of secondary abuse in the church, we must take intentional steps toward reform. We need:

1. Accountability for primary and secondary abusers.
2. Education for the church regarding the nature of abuse.
3. A shift in culture (away from victim-blaming, minimization, and avoidance).
4. To develop best practice-based policies and procedures for handling future abuse cases.
5. Redress for those who experienced secondary abuse.

Uprooting spiritual abuse takes patience, persistence, and hope. It takes public disclosure and Christians who are willing to take a stand and hold those in the highest authority to account, especially when they neglect their duty to protect the most vulnerable. It takes courage, and acceptance of temporary rifts to prevent great long-term damage. Time will tell whether my church will repent and bear fruit in this area. In the meantime, there’s one thing I know for certain: this is a fight we can’t afford to lose.

Related Reading:
Silence—A Response to Abuse in the Church
The Unavoidable Link Between Patriarchal Theology and Spiritual Abuse
The Imprisonment of Spiritual Abuse