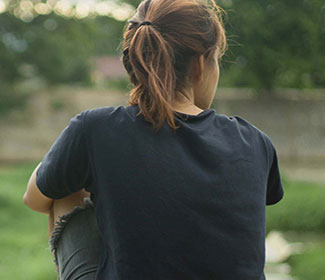 We Broke the Silence on #ChurchToo. Now It’s Time for #MissionsToo.

The #MeToo movement has successfully pulled back the curtain on hidden misogyny and rampant abuse of women in US culture. #ChurchToo has highlighted the sexism that’s just as alive in American pews and pulpits. Women from churches around the country have shared their stories of being abused, silenced, and sidelined. As I read these accounts, I sympathized deeply. I have my own #MeToo stories and #ChurchToo stories. Yet, I also have #MissionsToo stories and they have yet to be given space in these movements.

The child of conservative missionaries, one of my first memories when we moved overseas was listening to the teary words of my mother’s friend, a woman recently arrived from the United States. “He’s my husband, and he believes that we should be overseas. My role is to be his helpmate and to submit to his leadership, so I am here to help him fulfill the calling that God gave him even though I never wanted to come.”

I was only eleven years old and trained by my community to believe that these words were gospel truth. Still, silent panic welled in me as I realized the implications of her words: a woman could be forced into moving overseas simply because her husband said so.

As I got older, I realized that this, while tragic and unjust, was mild in comparison to many other stories currently emerging from the mission field. Accounts of domestic violence, covered up child sexual abuse, and the alienation of women in missions leadership are not unusual. At its worst, the mission field has been a prison for women and children, conveniently far away from the eyes of caring family and friends, and away from the protective laws and resources available to victims of abuse in their home countries.

When I began my own missionary career as a young mother, I connected online with an American woman in her early twenties who grew up in Asia. Her family ascribed to the “daughters at home” movement, a hyper-patriarchal subculture in which women are under the authority of their fathers until they marry and come under the authority of their husbands. Women in this movement are seen primarily as daughters/wives/mothers, and their role is to care for the home and support the men in their lives.

For this young woman, it meant that she wasn’t allowed to return to the United States or enroll in college. She was required to stay in her parents’ home and serve them as they continued their ministry until she married the man of her father’s choosing.

Over the course of our relationship, she attempted multiple times to get a job locally and move out of her parents’ home. Each time, she was threatened with expulsion from the family, shamed for her “sinful rebellion,” and spiritually abused by her parents and older brothers. Eventually, she canceled her plans to move out and tried to appease her family by returning to dutiful submission. She is one of the faces of #MissionsToo—a woman isolated from resources and suffering under the hammer of misogyny.

For other women, #MissionsToo looks like a wall of unacknowledged contributions, silenced voices, and stifled ministries. And it’s nothing new. Women were often the trailblazers in the modern missions movement (and still outnumber males on the mission field at a rate of 3:1). Early case studies have revealed a pattern: early female missionaries lost their roles to men who were often less qualified and capable as soon as the ministries became successful.[1] As recently as the 1980s, a new wave of patriarchal philosophy developed as a response to secular feminism, leading different missions organizations and denominations to backtrack on their previous, more egalitarian stances and insist that the men would lead while the women took supportive roles.[2]

The notion of male-only leadership has continued to affect the support that women receive as ministers overseas from their colleagues and missions agencies. Modern sexism in missions is rarely explicit. In fact, many organizations pride themselves on policies which look egalitarian and empowering. However, even these seemingly more progressive organizations are prone to what is called “second generation gender bias.” Second generation gender bias is unique because it, “does not require an intent to exclude; nor does it necessarily produce direct, immediate harm to any individual.”[3]

This is often the case for modern female missionaries. On paper, they have access to leadership roles, but in reality they’re seldom noticed—much less chosen—for leadership. They aren’t given the same access to training and mentoring as men (a practice often bolstered by other sexist norms such as the “Billy Graham Rule” in which, for the sake of appearances, men and women aren’t allowed to meet alone or to have casual friendships with one another). Single women may feel infantilized and dismissed, as if their lack of a spouse makes them less qualified to lead, and married mothers are often burdened by the expectation that they should be primarily focused on their children and family regardless of their own callings and desires.

On the mission field, expectations and assumptions are rarely discussed, but they’re strongly felt.

They’re felt by the woman leader who’s strong and assertive, but is told she’s aggressive and overbearing.

They’re felt by the woman minister who’s chastened for working outside of the home and “neglecting her family.”

They’re felt by the woman team leader who interviews prospective teammates only to be told that they chose a different team simply because they refuse to be led by a woman.

They’re felt by the women who are excluded from decision making because it happened at a casual “men’s fellowship” event.

They’re felt by the women who are told that they shouldn’t accept a leadership position because the “organization is just not ready for a woman leader” or because “we will lose donors.”

I have personally witnessed all of these #MissionsToo realities in my thirteen years serving as an overseas missionary.

Some people criticize the #MeToo and #ChurchToo movements for lacking action points, but I disagree. Awareness always comes before action. These movements have been unwavering in refusing to allow those in power to pretend that they don’t know what’s happening. This is the best action point to initiate change.

It’s clear that sexism and abuse are still commonplace for those of us in missions work. From serious violent crimes like domestic violence and sexual abuse to the ever pervasive missions-culture sexism that a woman is forced to endure in order to pursue her calling in overseas work, there’s a great need to shine a light on #MissionsToo.