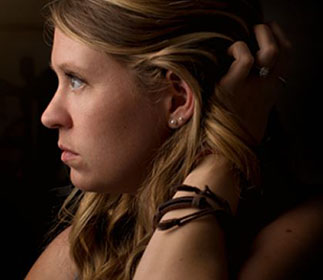 10 Myths About Domestic Abuse You Didn’t Know You Believed: Part 1

This is Part 1 in a two-part series on the ten myths we often believe about domestic abuse and the reality checks that prove them wrong. Here are the first five myths. Check out Part 2 and the second half of the list. #DVAM (Domestic Violence Awareness Month)

Most Christians agree that abuse1 is wrong. Don’t we? Rarely (it does happen) does anyone decree, at least blatantly, that a person should endure abuse by their partner, and if they do, most of us look reasonably horrified at the suggestion. The majority of Christians agree that abuse should not happen. And yet, abuse continues to happen in our neighborhoods, friendship groups, families, and churches. So, we have to conclude that our theology on abuse is often either misguided, toxic, or both.

Years ago, I set up a telephone and email support service for church leaders who had received disclosures of abuse and didn’t know what to do. They could email or ring me and I would talk them through an appropriate response. One day, a pastor rang and shared that a woman in her church had disclosed abuse, and the pastor didn’t know what to do about it. My first question was, “Do you feel able to advise her to leave?”

The pastor responded, “Absolutely, no one should be abused!”

But twenty minutes into the conversation, the pastor stated, “So, he was going to instigate leaving her, so we felt we could support her.”

My response: “What it sounds like you’re saying there is that if she had instigated leaving, you wouldn’t have felt able to support her?”

The pastor thought for a few moments and then agreed, “Yes, we wouldn’t have, because the Bible says…”

This pastor thought she completely understood her own perception of domestic abuse in Christian relationships. But twenty minutes into our conversation, she revealed that she didn’t. And this is a fundamental issue in addressing abuse across society. People hold beliefs about abuse that they don’t even realize they hold.

And in the church, there’s a whole ideology of abuse that lies on top of those beliefs that often makes churches unsafe for people being subjected to abuse by a partner (mostly women abused by their male partners).

In light of this, here are the top ten myths most people don’t know that they believe about abuse:

By “othering” the issue of abuse, we allow ourselves to avoid it. If it happens to a “type” of women that we are unlikely to meet, we are safe from it. In some ways, this is a psychological protection mechanism. We can lie to ourselves and believe that “us” and “ours” are safe. Yet, in closing our minds to the reality that violence happens to “us women,” we are actually less safe.

People rarely self-identify that their partner is abusive. Instead, they assume that it can’t be abuse. Sadly, until a person admits that what they are facing is physical abuse, it can be very hard for them to access help and support. We are ill-equipped to support our friends, families, neighbors, and those in our churches if our default position is “abuse doesn’t happen here.”

We all have an image of what an abuser looks like, and yes, there are abusers that look the way you might imagine. But there are also abusers who don’t fit that stereotype. They are politicians, footballers, stay-at-home dads, firemen, police officers, soldiers, shop keepers, and pastors—and you may never know. The only thing abusers have in common is the abuse they perpetrate towards their partner (or ex).

Most abusers believe that they own their partner and are entitled to have their needs met. Beyond that, they could be your brother, friend, pastor, or son. If we continue to see abusers as distant and “other,” we can’t effectively respond to the issue.

When someone does tell us that their partner has hurt them, sometimes our first instinct is to justify the abuse. This is usually because we cannot cope with the idea that someone would choose to abuse their partner. It can feel psychologically unsafe to accept that people choose to abuse. It is preferable to justify their actions, “He must have been stressed/drunk/depressed/overworked/insecure/unable to communicate properly.”

We also often assume that all those who abuse were abused themselves, because at least we can then reduce abusers’ culpability, at least we can understand and rationalize their actions. Yet the hard truth is, abusing another person is never understandable and it cannot be justified.

Abuse is an abuser’s issue, not a relationship issue. I wrote at length about my frustration with the term “abusive relationship” here.

When we frame an abuser’s choices to hurt his partner as a “relationship issue,” we begin to see relationship solutions as key to sorting the situation out. We recommend marriage enrichment courses or marriage counselling. We suggest communication skills development and conflict resolution systems.

Domestic abuse is not a relationship issue. It’s the issue of an abusive person. Until we locate the abuse with the abuser, we will continue to offer solutions and support that are at best, inadequate and at worst, extremely dangerous.

Myth 5: “Forgiveness is the same as reconciliation.”

For Christian women subjected to abuse by a partner, forgiveness myths can be one of the biggest stumbling blocks to walking into freedom. We are convinced that by forgiving the abuse, we are representing Jesus to our partner. We are convinced that if we forgive hard enough and long enough, some heavenly transaction will occur in which our partner will become kinder and cease to abuse.

This ideology on abuse is reinforced by constant, pervasive, and non-nuanced teaching on forgiveness in church, and by the lack of real support for women suffering abuse in the Christian community.

1. Men can be abused and abuse toward anyone is wrong. However, domestic abuse is also a gendered issue and talking about it using the majority experience is part of how we end abuse toward all people.

PrevPreviousWill A Truly Honest Bible Translation for Women Ever Be Made?
Next10 Myths About Domestic Abuse You Didn’t Know You Believed: Part 2Next