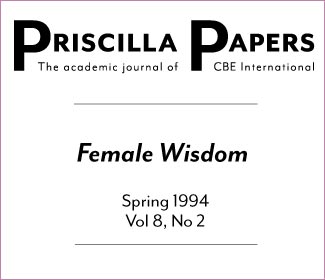 The Role of Religious Experience in Theology

This article is from the book, Foundations of Evangelical Theology (Baker, 1984) and is reprinted by permission.

It has been noted by many observers that the twentieth-century American sensibility is an experiential one. Feeling, emotion, “sensitivity,” self-awareness and “self-actualization,” “born-again” religion and self-help therapies—all in one way or another point toward the immediacy of personal experience. This experiential emphasis has influenced the character of American religion and theology in both its liberal and conservative expressions. Both the heritage of Puritan and revivalistic Christianity and the tradition of American philosophical pragmatism have tended to reinforce experience as an important dimension of American religious life.

Related sentiments are voiced by feminist theologian Letty M. Russell. As an advocate of an inductive method she believes that Christian thinkers must draw out “the material for reflection from their life experiences as it relates to the gospel message.” The gospel is good news” only when it speaks concretely to their particular needs of liberation.”

It is certainly the case that Christian theology must be situated or contextualized adequately in terms of the life experiences of the people whom it seeks to address. The danger in liberation theology, however, is that the contemporary context can come to dominate the biblical content, and in fact become a substitute for it. Concern for various forms of temporal liberation must not be allowed to displace the biblical insistence on the necessity of regeneration, the root of all lasting social transformation.

Another school of recent American theology, sometimes known as the new liberalism, is represented in the writings of David Tracy and Langdon Gilkey, both of the University of Chicago Divinity School. Like the older nineteenth-century liberalism of Schleiermacher it sees human experience as a basic source for the construction of Christian theology. According to Tracy, in his Blessed Rage for Order: The New Pluralism in Theology, the two principal sources for theology are the Christian texts and “common human experience and language.” Theology finds a point of contact in everyday and scientific language where the experience of “limits” signals a “religious dimension.”

All theologies, of course, are influenced by “common human experience and language” as well as by Christian texts. The crucial question, however, is, which of the two influences is normative? Is the bottom line of authority the Bible or the modem mind? In Tracy’s case the modern sensibility seems clearly to have the upper hand. As a result, much of the content of historic Christian super-naturalism is jettisoned in the process.

In all cases the test of Christian belief is not to be experience, paranormal or otherwise, but conformity to the apostolic doctrine of scripture. The rule is sola scriptura. Other revelation claims are to be rejected; no new doctrines or morals are to be received. The spiritual counterfeits which are appearing today are somewhat reminiscent of the pagan claims faced by the early church. In the Hellenistic religious environment of the New Testament, claims of revelatory appearances of pagan gods such as Apollo, Zeus, Asclepius, and Sarapis were not uncommon. The worshipers of these pagan gods claimed to experience healings, and at times believed themselves commanded to build a shrine to the god in question.

According to the New Testament the reality of one’s relationship to the true God is not based on the intensity of subjective experience, but on abiding in the apostolic teaching. “What you have heard from the beginning, let that abide in you; if what you have heard from the beginning abides in you, you also will abide in the Son and in the Father” (1 John 2:24). Abiding in the doctrine means obedience to the commandments of God. “By this we know that we have come to know him, if we keep his commandments” (1 John 2:3). This emphasis on keeping the commandments is found in various forms twelve times in the Gospel of John and six times in 1 John. The message is clear: “By their fruits you shall know them” (Matt. 7:20). A true experience of God produces not anti-nomianism and a life of disobedience, but a life characterized by Christian grace and love. The Spirit of God points the believer to Jesus Christ (John 15:26); demonic spirits and fallen fleshly impulses draw attention to human personalities and leaders.

Theologies which appeal to experience as the highest norm open the door to heresy, moral anarchism, narcissism, and cultural impotence. Modernist theologies, ostensibly drawing from both scripture and the “modern sensibility” as sources, inevitably have given the latter veto power over the former. The result has been a reductionistic version of the faith which jettisons such historic biblical doctrines as the virgin birth, the substitutionary atonement, and the bodily resurrection—in the name of “credibility” and “relevance.” Such apologetic strategies have experienced repeated failure in their attempts to appease the demands of the “modem mind” and have frequently been little more than temporary stops on the road to a full-fledged secularism.

The chief end of man, as stated in the Westminster Shorter Catechism, is to “glorify God and to enjoy him forever.” Seeking the glory of God does have as its legitimate fruit the enjoyment of God, but the proper focus is on God, not on our personal experiences. Biblical religion is theocentric rather than anthropocentric in its fundamental orientation.