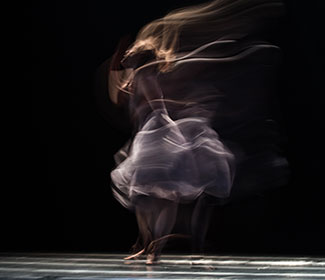 Q&A: Does the Bible Allow Women to Have Authority Over Men?

Editor’s Note: Often our members express their struggle to communicate biblical equality in a clear and succinct way. We believe the following answer to a question about headship provides a good example for us. If you have written answers to other difficult questions (or if you’ve received an especially good answer to a question you have posed), share it with CBE for possible inclusion in future issues of Mutuality.

QUESTION: I have no problem with Galatians 3:28 or with equality concerning salvation and spiritual gifts. I do have a problem with headship. Can you please tell me where any of the writers of the New Testament gave women the OK to be in authority over men?

ANSWER: Your problem regarding headship has been raised by many people. It assumes that the Bible teaches that men are to have authority over women but not vice versa.

Jesus’ teachings about authority appear in all four Gospels (which means it must have been repeated over and over). Our Lord said, “The kings of the Gentiles lord it over them, and those in authority are called benefactors. But not so with you; rather the greatest among you must become like the youngest, and the leader like one who serves … I am among you as one who serves” (Luke 22:25-27). Paul understood this, as is shown in Galatians 5:13, and Peter in I Peter 5:2,3.

This teaching is rarely discussed because our society is not set up that way! We believe “someone must be in charge.” It is interesting that Jesus did not appoint one of the disciples to be “in charge” when he ascended to heaven. The early church grew mightily because of the power of the Holy Spirit in the lives of the people.

We actually don’t have any “church government” set up in the New Testament. And the few suggestions that are there seem to be based on Jewish tradition, which was natural since the disciples were Jewish!

The case for males being in authority is usually based on one verse: “I do not permit a woman to teach or have authority over a man” (I Timothy 2:12). That letter was a personal letter written by Paul to his good friend Timothy who was facing difficult problems in the church at Ephesus. The problems are not spelled out (how we wish they were!) but they apparently had a lot to do with that particular church at that particular time.

Actually, that verse is the only part of that passage that people consider to be universal. In how many churches do men “raise holy hands” when they pray? (I Timothy 2:8) And do we forbid women to have braided hair? Or to wear gold or pearls? Why not? This is all in the same passage that seems to forbid women to teach. This is what we call “selective literalism,” and it has hurt the church in many ways. We always need to consider all the relevant passages on any important subject.

If we study the Bible carefully, we can see that Paul did not mean this to be universal. He commended Priscilla and Aquila, who taught Apollos in Ephesus (Acts 18:24-28). He commended Phoebe, a deacon of the church at Cenchrea (Romans 16:1,2). Unfortunately, most translations do not use the word “deacon” of Phoebe (why?) although it is the Greek word “diaconos,” which is always translated “deacon” in the epistles where it refers to men!

The word “head” as in “headship” is not nearly as clear as it is assumed. That word has many meanings in the New Testament as well as many meanings in English. (Look it up in a good dictionary!) The most extensive Greek-English lexicons do not give any meanings that resemble “authority.” Ephesians 5:21-32, the passage often quoted to prove the “headship” of husbands in marriage, begins with the opposite idea: “Submit yourselves one to another.” Submission is meant to be a two-way street — mutual (Ephesians 5:21).

God created both men and women “in his image” and we’re glad that you are eager to know all that the Bible teaches on this subject. We all have much to learn as we seek to follow our Lord and to glorify him in all that we say, do and think. God’s blessing on you. Pray for us, that we might closely follow him and his teachings.