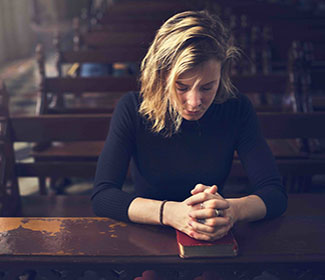 Paige Patterson, SWBTS, and the Problem with “Sorry, Not Sorry”

To live in the American South is to be connected to Baptists. Raised in non-denominational churches, my own young signature was nevertheless scrawled on the pages of guest books of numerous Baptist churches along the way. While the landscape of Small Town USA is dotted with other denominations as well, it is no secret that Southern Baptists are the self-declared public voice of evangelicals in the Bible Belt. Evangelical Protestants make up between 40-50% of the Southern population [1], and of this dominant demographic the largest portion, 33%, still belongs to the Baptists.[2]

Yet it is more than just a numbers game when it comes to the preeminence of Baptist cultural influence in Southern life and beyond. Southern Baptists have been at the forefront of a political and cultural revolution since the 1970s in a movement to “take back” doctrines of biblical inerrancy, influence everything from Hollywood to the White House, and lead the charge to both change and create popular culture.

Paige Patterson has been a leading figure in this cultural movement for decades. While even the average Baptist may not have heard his name before, and certainly not most other evangelical Protestants outside of the Baptist faith, his influence from the halls of Southern Baptist seminaries to the floor of the Southern Baptist Convention has been significant. Recently, however, his past words and actions were reviewed in light of the #MeToo movement, and he was suddenly catapulted into the national spotlight.

While this is certainly not the first time an evangelical leader has been caught up in the public outcry for more accountability, this particular case was of interest due to the spectrum of issues: from enabling domestic violence to allegations that, at Patterson’s advice, a rapist on campus was not turned in to police. This case was also significant because it does not involve evidence of direct abuse or sexual assault by Patterson himself, but instead raises the question of what accountability spiritual leaders have for their words, doctrines, and lack of action on issues of abuse.

The recent conflict over Patterson was ignited when disturbing clips of old audio and video recordings of his sermons were more widely circulated through blogs and social media. The clips included a story where he unapologetically sent an abused woman back home to her husband only to return with black eyes, a moment Patterson exclaimed made him “happy” because her husband attended church that day.[3] Another sermon clip included Patterson making a lewd joke in front of teenage boys about an “attractive” teenage girl who he referred to as “built” during a sermon illustration.[4]

A brief apology from Patterson did not alleviate concerns, and even prominent voices within the SBC faithful began to speak out for more accountability, leading to a petition signed by thousands of SBC women and men.

In the “Statement Regarding Dr. Paige Patterson” released by the Southwestern Baptist Theological Seminary Board of Trustees yesterday, the decision was finally announced. Paige Patterson would resign but will receive financial compensation; he was named President Emeritus; and will still be allowed to move into the mansion being built for him and his wife on campus.

The letter praises Patterson for his service in glowing terms, and offers no apologies or censure. In a mere eight words at the very end, the letter barely mentions a “stand against abuse.” A rough 47% of the letter is devoted to the praise of Patterson, 25% to showcase the seminary in a positive light, and just 2% reserved to even mention the odious offense of domestic violence.[5] While the resignation of Patterson may alleviate the concerns of some of the devout SBC, the rest of us are left to ask: what does this “Sorry Not Sorry” moment mean for us?

I am not a Baptist. Maybe you aren’t one either. So what, if anything, should the lack of a real apology or significant effort on the part of the SBC matter to those of us outside the Southern Baptist family?

Patterson’s comments and worldview struck a nerve with a wider Christian audience precisely because the Baptist culture has claimed to be the cultural and biblical standard-bearer for the average evangelical protestant. The doctrines and worldview that have shaped the way Baptists perceive, interpret, and respond to issues of submission, domestic violence, divorce, abuse, sexual harassment, and response to authority have influenced the larger evangelical popular culture.

The reality is, whether you’re Baptist or not, Patterson’s lack of perceivable remorse and his colleagues’ refusal to offer any real consequences or change are a signal that we have much work to do in the larger body of Christ. This isn’t just a “Baptist problem.”

It’s time to shine a light on doctrines and sinful attitudes that allow, enable, and shelter those who would abuse through word and deed. If we continue to cloak the most evil acts of abuse and exploitation in the shiny robes of Christian doctrine, we’ll pass by a crucial moment in history. We’ll miss an opportunity to shine a light on the dark places of the human soul that tempt those with power to use it, keep it, and wield it to the detriment of the vulnerable and for the protection of the privileged.

Patterson belongs to all of us. The abused wife who sought his help is our sister. The young girl he referenced with a crude joke is our daughter. The young boys he gleefully taught to disrespect and dishonor young women are our sons. The seminary student who wept in his office, forced to tell a room full of men a story of being violated in graphic detail, only to be told she needed to forgive her assailant, she is the “least of these.”

In a column for Christianity Today, prominent SBC voice Ed Stetzer said of the handling of Patterson, “Do not misunderstand the silence as inaction…quietness also happens because many leaders work in more behind-the-scenes ways to provide correctives.”

But when the doors were finally opened and the decision was handed down, there still were no correctives. The time for silence is over. For women who have been told by the Baptists and other evangelical churches for decades to “be silent” in so many areas of church and home life, the time for quietness has come to an end. The time has come to shine a glaring light on the hypocrisy, inherent danger, and ultimate failure of a doctrine that silences the voices of our sisters in Christ, and ultimately harms us all.

“This is what the Lord Almighty said: ‘Administer true justice; show mercy and compassion to one another. Do not oppress the widow or the fatherless, the foreigner or the poor. Do not plot evil against each other.’ But they refused to pay attention; stubbornly they turned their backs and covered their ears” (Zechariah 7:10-11 NIV).

“But you have neglected the more important matters of the law—justice, mercy and faithfulness” (Matthew 23:23 NIV).

Update: In light of new allegations and public outcry, Paige Patterson has been officially terminated and stripped of all privileges and compensation by the SWBTS board of trustees. He will also no longer be permitted to reside on campus.

PrevPreviousAbuse Is Wrong Because Women Are People, Not Because You Have Daughters
NextWhat Kind of Men Will Our Church-Going Boys Become?Next