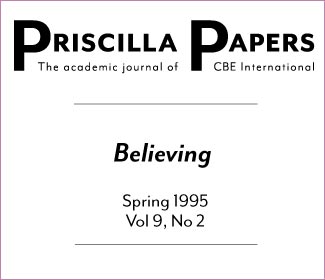 A Negative Model Of Manhood In Judges 19

Although the circles of young people where I minister rarely have a problem with women’s ministry, many young men and women are looking for more models of what it means to be a “real” man. Although some hold traditional and others hold egalitarian ideals of marriage, many of the young women who would like to someday marry lament the fact that there are not enough respectful Christian young men to go around in society as a whole.

Many young people come from homes where they have seen or experienced abuse. Apart from God’s grace some of the young men now defining their manhood could become abusive, taking “lordship” over a wife for granted. But most of the young men we minister to sincerely want to serve God. Thus they are simple struggling right now to define for themselves and one another what it means to be a “good man” growing up in a society where fathers are too often absent, and where the majority of manhood models they have seen have been abusive toward women.

With these sort of crises in mind, I have begun preaching more often from texts which, despite the very different culture in which they were written, provide sounder models for male identity than the ones my younger brothers in Christ often see. I like to preach from the example of the young man Joseph (probably not much older than 20 at the time) in Matthew 1:18-25, who showed that he was a “righteous” man — not only by taking sin seriously, but by showing mercy to someone (Mary) he felt had deeply betrayed him. Joseph and Mary also showed incredible self-control of their sexuality before Jesus’ birth, although they were married some months before that event (Mt. 1:25).

But I find another kind of man in Judges 19:1-20:7 — an account that has often drawn insightful comments from feminist and womanist theologians.1 This story occurs in a section of Judges lamenting how immoral Israel had become in a period with no higher moral standard than each person’s personal values (cf. 18:1; 19:1; 21:25). This account provides the longest and starkest picture of Israel’s depravity in this period.

The story involves various kinds of characters, some wholly evil and abusive, others more ambivalent. The people of Gibeah come across as wholly evil — a characterization that undoubtedly serves the narrator’s purpose well. After all, the narrator may have incorporated this story into Judges toward the beginning of David’s reign, when some still doubted the value of having a king (cf. 21:25) and still others remained loyal to the house of Saul. At this time it was important to show the diverse kinds of backgrounds from which David and Saul came.

Bethlehem, David’s home town, was the epitome of the ancient near eastern virtue of hospitality (19:2-9; cf. Ruth 1:19-2:16; 4:13-22) whereas Gibeah, Saul’s home town, was comparable to Sodom in its mistreatment of visitors (Judg. 19:22-24; cf. Gen. 19:5-8). The only hospitable man in Gibeah, like Lot in Sodom, was actually from somewhere else (Judg. 19:16-21). That the Levite bypassed a possibly harmless Canaanite enclave expecting to find greater hospitality from an Israelite town like Gibeah (19:11-15) simply underlines the pagan character of Gibeah’s citizens.

The narrative leaves no doubt that both the individuals directly responsible, and the society which refused to set moral standards for their behavior, invited God’s wrath. As in the story of Sodom, where Lot’s neighbors accused him of being judgmental for objecting to attempted rape (Gen. 19:9), the people of Gibeah refuse to hand over the murderers for justice (Judg. 20:13), thus making the whole community corporately responsible (see Deut. 21:1-9). Therefore the rest of Israel considered not only the evildoers but the immoral society that supported them to be under the rules of herein, rules previously only applied to the Canaanites: They obliterated nearly all of them (Judg. 20:42-48). The narrative portrays this event as divine judgment despite the fact that the rest of Israel does not appear particularly virtuous in this period, either. The contrast with the Lot story in Genesis 19 makes the lack of divine intervention in this account (as well as the massive casualties suffered by Israel’s avenging armies in Judges 20:21, 25, in contrast to most conquest narratives in Joshua) significant.

The anonymous Levite is a more round, ambivalent character. The text provides no evidence that he was normally abusive; he actively seeks justice on behalf of his murdered concubine. Yet the text hardly presents him in an unambiguously positive light. Given how the story ends, we might surmise why his concubine may have left him, but the story itself is not clear on this point, only revealing that she traveled a great distance to return to the home where she had been raised (19:2). That a concubine’s status was considerably lower than a wife’s (though often higher than a slave’s) undoubtedly created an unpleasant situation for her, but many Israelites hearing the story would think the Levite compassionate for seeking out his concubine rather than simply demanding repayment from her father so he could acquire a more pliable concubine (19:3). Although we know that other explanations of his behavior are possible (and are put off by the very social setting which permitted such inequities as concubinage), the narrative probably suggests that the Levite genuinely cared for his concubine.

Many Israelite men, considering homosexual sin more disgusting than heterosexual sin, undoubtedly thought that sending a woman to be raped rather than a man constituted the lesser of two great evils (19:24-25; cf. Gen. 19:8). Be that as it may, the Levite who had apparently loved his wife in the preceding narrative seemed to love himself more; the wording suggests (he “took” her and “sent her out”) that she had little or no say in her being handed over to the men outside. The Levite held power over her both as a man in a patriarchal society and as a master over a concubine; he used that power to send her rather than himself out to certain suffering. The narrative indicates that the Levite is not proud of his behavior; the way he later recounts this story to the Israelite armies called to execute vengeance is telling in what it omits. He claims that the men of Gibeah wished to “kill” him (Judg. 20:5)—not have intercourse with him. From the Levite’s account, one would never know that he himself handed his concubine over for the act of torture (19:25), that she was alive when they finished with her but he was afraid to open the door before daylight (19:26), or that he had callously offered her a command without so much as acknowledging what she had been through (19:28). Instead of using his power to serve, perhaps to heroically lay down his own life, he had sent her to suffer instead, and he does not care to admit it when he retells the story (20:4-6).

The narrator of Judges presents for his readers the evil character of people in an evil time. While the self-interested Levite was not as guilty as the murderers, neither does the narrative absolve him of responsibility, for it tells the whole story that the Levite neglected to tell. This fits the rest of the Book of Judges. We should not expect the narrator to ignore the woman’s plight; he is well aware of heroic (e.g., Judg. 4:4, 21) and spiritually wise (e.g., 13:22-23) women. We should not assume that he would portray the Levite in a wholly positive light; even many of his positive heroes sometimes appear in a negative light. Thus whereas Deborah and Samuel (the latter in 1 Samuel) appear spotless, Jephthah (like some people determined to get ahead today) sacrifices his own family (only

Jephthah does it literally — 11:30-40); Gideon created an ephod that became an object of idolatrous veneration in his lifetimes (8:27); Samson preferred sleeping with idolaters — only to one of whom was he even married — to a marriage with a woman with whom he could share the same faith, a sin that ultimately did him in (chs. 14-16). The narrator is teaching us about heroic and cowardly character in the story of the Levite and his concubine.

This passage reveals the hideousness of abusing power, not only the way the men of Gibeah did, but also the way the Levite did. Those who teach male headship should recall how Paul defined the husband’s role of “headship” in Ephesians 5:23,25-31: one who lays down his life for his wife. Yet in a time of testing, perhaps even some of us egalitarians would prefer our own life to someone else’s.

This narrative summons all self-centered human beings (whatever our beliefs on paper) to reconsider our values. By its essentially negative model of manhood, the story of the Levite and his concubine suggests that young men seeking to become truly mature men cultivate values of self-sacrifice, not pursuit of power.

In a society where men still hold most of the social power and where the average husband possesses more physical power than the average wife, we desperately need models of manhood that stress responsibility rather than exploitation, service rather than abuse of power. A “real” man, in contrast to an immature child, must not cling to self-satisfaction, but must consider first the needs of his wife, children and others. If traditionalists and egalitarians can find consensus on this issue, perhaps we can join forces at least in addressing the rampant abuse of power in many patriarchal marriages today. My heart aches for many of the hurting women and men my age I know, and I pray that the women and men in our campus ministry may find the greater joy that God intended.