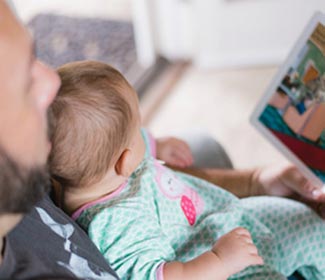 My Kingdom for A World of Such Men: 3 Hallmarks of Healthy Masculinity

In recent years, the term “toxic masculinity” became a part of the public conversation surrounding gender, power, and violence. Actor Terry Crews spoke to congress last week about his own experience with sexual assault. He took the opportunity to condemn what he called a “cult of toxic masculinity” and urged congress to implement the Sexual Assault Survivor’s Bill of Rights.

But what is “toxic masculinity”? Without a more detailed explanation, the term can leave us with a bad taste in our mouths. It can inspire defensiveness, largely because it’s been misunderstood to mean that all masculinity is toxic. But it actually refers only to negative cultural expressions of masculinity that encourage violence, aggression, misogyny, and entitlement in boys and men.

Toxic masculinity is masculinity that leads to misogynistic movements like Incel and Red Pill. It’s the kind of masculinity that equates being men with the instinct to conquer and control and designates women supporting characters and sexual objects.

Toxic masculinity can be very subtle. When our boys “misbehave,” we indulge it. We say “boys will be boys,” or “men are pigs” instead of “your behavior is unacceptable.” That indulgence teaches our sons that they are by nature takers and breakers.

This kind of masculinity also makes it difficult for men to speak up about abuse or process trauma, grief, and anger. We tell our sons that “boys don’t cry” and then wonder why they’re emotionally unavailable.

In so many little ways, we teach and encourage men to hide their feelings and to behave with aggressive entitlement toward others. This is the fruit of toxic masculinity.

But when we describe something as toxic, we’re saying there’s a foil. An antidote. A healthy opposite. There’s a version of that thing that isn’t toxic. We’re saying that safe, good, and constructive masculinity exists and there are men who demonstrate it.

In a recent tweet, Rachel Held Evans described her husband’s emotional response to the plight of migrant children:

Dan had wrapped our feverish toddler in his favorite quilt and was whispering gently to him when Dan suddenly grew quiet. “What are you thinking about?” I asked. “About the migrant kids,” he choked out. My kingdom for a world of such men.

“My kingdom for a world of such men.”

I don’t know Daniel Jonce Evans personally. I know only what Held Evans has shared about him on her social media account, personal blog, and books. But even with limited information, it isn’t hard to guess what kind of man he is.

In a quiet moment between tired father and feverish son, we see an entirely different strain of masculinity than is typically glorified in our culture. This is not the masculinity of kings and thrones. This is rocking chair-masculinity. Where toxic masculinity tells us that men break things, healthy masculinity seeks only the broken fever of a sick child.

“’About the migrant kids,’ he choked out.”

This is the kind of masculinity I celebrate. It’s manifested in men who openly mourn lonely babes and weeping mamas. It shines bright in men who stand vigil over their feverish children. In fathers who hold sweaty, fitful little ones through the night.

These are the brave men who willingly enter into the pain of the orphan, the widow, the abuse survivor, the displaced, the marginalized, and the hurting. These are the persistent men who work, each and every day, to put wrong to right.

My kingdom for a world of such men who must choke out their words, because they witness injustice and permit themselves to be moved by it.

This past week, Terry Crews shared the pressure he felt to stay quiet about his assault and the assumption that he, a strong man, must have allowed the abuse to happen.

Crews also highlighted how our perceptions of masculinity make it hard for us to see men as victims and cause men to fear being seen as “weak” or “effeminate” if they come forward. We also have a tendency to downgrade an assault of one man by another to mere “horseplay.” This, Crews said, is one consequence of toxic masculinity.

The kind of moral courage displayed by Terry Crews as he spoke to congress is the backbone of healthy masculinity. Healthy masculinity embraces accountability, cultural critique, and self-awareness. And when it witnesses injustice, abuse, violence, and misogyny in men, it doesn’t circle the wagons or make excuses. It isn’t defensive and it certainly doesn’t protect perpetrators.

But healthy men are not moved only by their own interests. For example, Jacob Denhollander is a staunch advocate for awareness of sexual abuse and justice for female survivors alongside his now-famous wife, Rachael Denhollander.

And, though Terry Crews suffered his own violation, he hasn’t been content to win justice for only himself. He’s also publicly condemned misogyny and spoken in favor of feminism and #MeToo.

My kingdom for a world of such men who are unafraid to call out toxic masculinity.

From a young age, girls and women are taught to avoid wounding the “fragile male ego” if they want to find husbands and keep them. Girls are encouraged to dumb it down; to let men win at sports and games; and to occasionally allow men to teach them things they already know.

Girls are socialized to cater to male pride and boys are encouraged to indulge it in themselves. As Terry Crews puts it:

“You’ve been taught that pride is a manly thing, that pride is a good thing. But the problem with pride is that it stops you from growth. When you’re so proud that you won’t change, you’ve got problems. Male pride causes wars; millions of people have died because of male pride, because one man would not back down.”

But this emphasis on protecting male pride has a heady price. Strong women with leadership gifts tamp down their strong rescue-instincts and God-given callings in order to play the part of submissive helpers.

But healthy men aren’t intimidated by strong women. They don’t respond to secure women with insecurity and wounded pride. They don’t ask women to take up second fiddle so they can feel more like men.

And healthy men don’t fear the implications of women’s full equality in the church and home. Rather, they honor the power, leadership, and wisdom of women. Healthy men encourage women to exercise their gifts fully and freely.

My kingdom for a world of such men who take joy in the rise of women and are bold enough to say so.

And to all the men who are bravely chasing and sometimes stumbling in pursuit of healthy masculinity, I say: my kingdom for a world of men such as you.

PrevPreviousWomen Saw #MeToo Coming 100 Years Ago. When Will We Listen?
NextWalking Wounded: When Being A Woman in Ministry HurtsNext