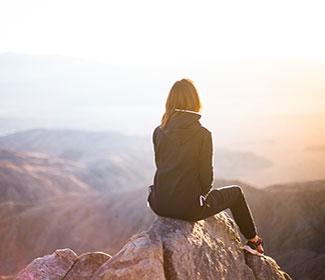 The Monstrous Regiment of Women

The Israelites did what was evil in the sight of the Lord, after Ehud died. So the Lord sold them into the hand of King Jabin of Canaan, who reigned in Hazor. He had nine hundred chariots of iron, and oppressed the Israelites cruelly for twenty years. Then the Israelites cried out to the Lord for help. At that time Deborah, a prophetess, wife of Lappidoth, was judging Israel. She used to sit under the palm of Deborah between Ramah and Bethel in the hill country of Ephraim; and the Israelites came up to her for judgment. She sent and summoned Barak son of Abinoam, and said to him, “The Lord, the God of Israel, commands you, ‘Go, take position at Mount Tabor, bringing ten thousand from the tribe of Naphtali and the tribe of Zebulun. I will draw out Sisera, the general of Jabin’s army, to meet you by the Wadi Kishon with his chariots and his troops; and I will give him into your hand.’ “ Barak said to her, “If you will go with me, I will go; but if you will not go with me, I will not go.” And she said, “I will surely go with you; nevertheless, the road on which you are going will not lead to your glory, for the Lord will sell Sisera into the hand of a woman.” Then Deborah got up and went with Barak to Kedesh. Barak summoned Zebulun and Naphtali to Kedesh; and ten thousand warriors went up behind him; and Deborah went up with him. In the battle that day all the army of Sisera fell by the sword; no one was left. The hand of the Israelites bore harder and harder on King Jabin of Canaan, until they destroyed him and all his host. Deborah and Barak sang to the Lord, saying: “When locks are long in Israel, when the people offer themselves willingly—bless the Lord! Hear, O kings; give ear, O princes; to the Lord I will sing, I will make melody to the Lord, the God of Israel. —Judges 4:1–10, 16, 24; 5:1–2

“To promote a woman to bear rule, superiority, dominion, or empire above any realm, nation, or city is repugnant to nature, contumely to God, and the subversion of good order, of all equity and justice.” So wrote the Scottish theologian John Knox in the year 1558 in his book titled The First Blast of the Trumpet Against the Monstrous Regiment of Women. Although he made his points more strongly than many others, Knox was only repeating the widely held notions of his day. He quoted Aristotle and Aquinas, as well as a host of secular authorities, to demonstrate female inadequacies: “Nature, I say, doth paint them forth to be weak, frail, impatient, feeble, and foolish.” He quoted Saint Paul, along with the ancient Fathers of the Church, to demonstrate the “proper” place of women, and was in full agreement with his contemporary Martin Luther that Kinder, Kirche und Kuche—Children, church and the kitchen, are where women rightly belong, according to the divine plan.

And no one is going to argue with that. Except perhaps anyone who has read chapters 4 and 5 of the book of Judges, of which we heard a small excerpt as our first reading this evening. In this story, we have a biblical precedent for a woman who exercises spiritual, political and military leadership in a way that even the modern world seldom replicates. The story of Deborah, and her sidekick Barak, is worth hearing, and worth taking into consideration when we start talking about the “place” of women in the divine plan.

Deborah is described as a Prophetess. Her husband is named, but there is no suggestion that he is the head of the family, or the one exercising spiritual authority over the community. The people of Israel came to Deborah for judgment—and in those days that meant civil lawsuits, establishing new laws for the people, settling religious arguments, and proclaiming the word of God. The Bible is quite clear on this—Deborah was the only woman amongst the twelve judges named in the book of Judges, but she was also clearly, and in her own right, a prophet of the Lord.

There is a recurring theme in the book of Judges. The people did what was good in the sight of the Lord, and they prospered. After a while they forgot God, and lapsed into moral and religious practices which were against the laws of Moses. Famine, pestilence, and persecution from invading armies were the consequences of these actions, until God raised up a judge to lead the people to victory over their enemies and back onto the path of righteousness.

In the case of Deborah’s story, we are not told what the people did, but whatever it was, it was ‘evil in the sight of the Lord’, so a Canaanite king called Jabin, with a general called Sisera at the head of his army, occupied the land and made the lives of the people of Israel suitably miserable. The people cried out to Deborah for help, and she went into conference with Barak, who was supposed to be the leader of Israel’s armies. She commanded him what to do, where and how to do it, and sent him off with God’s blessing to drive Jabin and Sisera back where they belonged.

But Barak was a wimp. He refused to go, probably threw down his sword, stamped his foot, and pouted out his bottom lip. He wouldn’t go unless Deborah went along to hold his hand. Which is eventually what she did.

With Deborah and Barak in command, the warriors of Israel made short work of Jabin and Sisera. Most of their army was killed on the battlefield, and the ones that were left ran away and kept on running until they reached their homes. King Jabin was totally destroyed, and General Sisera tried to take refuge in the camp of one of his allies. He ended up having a tent peg hammered through his head by a woman called Jael. The way the story is told in the Bible, Jael’s actions in luring Sisera into the tent and then pegging him out made her the hero of the whole story.

In chapter 5 of the book of Judges, Deborah sings a song of victory. She compares herself to a mother protecting her children. And so she was, by the grace of God. She was not elected or appointed by the people, but like her male counterparts, she was someone who was recognized as having the call of God. She had that special charisma and wisdom and leadership ability that only comes from God’s Spirit. And no one seemed to mind that it was a woman who was doing this.

It makes you wonder what John Knox would have said.

Of course, Deborah did not accomplish the task alone. Every leader needs followers. Barak was at her side, and he did eventually do his work, though he was both reluctant and fearful. Deborah was clearly the leader— she was the one in charge. Barak was a follower, and not much of a follower, at that.

It is interesting that Deborah did not take his task from him, though one gets the distinct impression that she could have just as easily led troops into battle herself. She was clear that this was Barak’s job. But she did want to make sure that he understood a couple of things: Firstly, God was orchestrating the victory. It was God’s victory, not Barak’s, or Deborah’s, or anyone else’s. Secondly, having said all that, the biggest applause at the end of the day would go to a woman. That woman, of course, was Jael, who lured Sisera into her tent, and who showed her skills with a hammer and a tent peg in doing the Lord’s work.

After these events, nothing more is heard of Deborah, or Barak, or Jael. The Bible simply says that the land had rest for forty years, until the Israelites once again began to do what was evil in the sight of the Lord in chapter 6. It is safe to assume that Deborah went back to her work, judging the people of Israel, settling their disputes, teaching and proclaiming the Word of the Lord.

There are many women in the Biblical story who have pivotal roles. Eve, Sarah, Deborah, Ruth, Bathsheba, Rahab the Harlot, Mary the mother of Jesus, Mary Magdalene, who was probably neither virgin nor harlot, but the first witness of the Resurrection; to name but a few. Somehow John Knox, and his spiritual descendants even today, seem to have missed the point. God doesn’t call “men” to do his work in the world. And he doesn’t call “women” just because they are women either. He calls the right people, in the right place, at the right time. God is an equal opportunity employer.

It has taken some 3000 years since the time of Deborah, and over 400 years since John Knox, but in the latter part of this century most of us have realized this truth. If God raises up women as leaders, in the military, in secular politics, or in the Church, who are we to take up the trumpet against them? The Bible, although it is often quoted against the leadership of women, contains memories in the story of Deborah, and in other accounts throughout both Testaments, of the women who have responded to God’s call. They have guided and led his people in their spiritual and secular pursuits, and at last in the present day, they have begun to take their place alongside men in the leadership and sacramental ministry of his church.

John Knox’s fulminations against the person he calls “that Jezebel of England,” although they might make glad a republican heart, have no place in the church of today. The trumpet has sounded, not against the monstrous regiment of women, but for the triumphant regiment of the whole people of God.

May God continue to call women and men to positions of leadership in his Church and in the nations of the world. And through their work and ministry, may God’s kingdom come on earth, God’s peace be known, and God’s will be done amongst all his people.

“The Monstrous Regiment of Women” is the edited text of a sermon preached by Canon Nigel B. Mitchell at St. George’ s Cathedral (Anglican) in Perth, Western Australia, November 1999. Reprinted by permission.