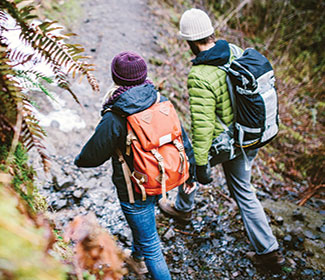 Sitting through a captivating exposition of the opening chapters of Genesis as a university student in Sri Lanka, it struck me powerfully for the first time that the very language used in the creation account emphasizes that men and women were both equally made in the image of God and that stewarding the earth was a mandate given by God to both.

As God takes pride in his good works of creation, stepping back to review each day’s work, he stops dramatically to have a conversation with himself before the last job. “Let us make humankind in our image,” God says. In this conversation, we see a glimpse of the Trinity and God’s relational nature. We also see a bit of what it means to be made in the image of a relational Triune God.

There are many good interpretations of what “likeness” means, including bearing God’s authority in the world and being able to be moral and rational. To be in God’s likeness is also to possess inherent worth and dignity. And, as we can see from God’s internal dialogue, it means to be created for relationship. Being created in God’s image has major implications for all people and for the church.

Dignity and worth for all people

This is good news to women who have been told through the ages (and even today) that they are less valuable than men. Who eats less or not at all if there is not enough food to go around? Who drops out of school to take care of the household and younger siblings? Which parent stays home with the children? What kind of work is considered valuable?

We Christians living in the West might be tempted to pat ourselves on the back because our cultures have social structures in place to treat men and women equally. However, I suspect that the West’s glib nod to equality has more to do with culture overtaking us than with any deep awareness of what God says in Scripture. Thus, there is a dissonance between our supposed affirmation of women’s worth and insistence on limiting women’s full participation in the church. How are we to think about male and female worth and giftedness, in light of both sexes reflecting the image of God?

Created for relationship with the “other”

We see at the beginning of Genesis that it wasn’t good for Adam to be alone, even in a perfect world without sin and despite having an open relationship with God. We are made to be with others. God created all human beings in rich cultural variety and created each fully in his image. Wherever possible, Christian circles should seek to include those who are different from themselves not only in gender but in ethnicity, language, and class. Our best ideas, which most glorify God, will come only when we intentionally include God’s diversity on our teams.

This will not be comfortable or easy. As a college student in Sri Lanka, I had the privilege to be on a diverse leadership team of rural and urban students, men and women, native speakers of three languages, and two ethnic groups. And during a time of civil war! One subset did not try to dominate the others, but meetings sure took a lot of time! I believe our mutual listening not only helped us to grow, but glorified God as we made decisions about student ministry together. It had the added benefit of letting people see unity in diversity through our obvious love of being together.

Half of the human race experiences life and God in the midst of their lives as women, while the other half experience life and God as men. Each person’s concerns, passions, and priorities are shaped by their own very different experiences, and this is valuable. We cannot dismiss others’ priorities and concerns just because it is hard to identify with them. God identifies with their strange concerns, just as he does with our (strange to others) concerns—because he made us all to reflect him. When we exclude people on the basis of their sex, ethnicity, income level, or any other difference, we cut ourselves off from a vital avenue of getting to know God better. If we listen to one another, we open ourselves to making new discoveries about who God is, rather than limit ourselves to knowing God in familiar ways.

The “other,” then, is not a threat to our own identity but a vehicle to know God better. We need to examine in this light the practice in many churches of excluding women from senior positions of leadership.

I am fascinated that almost seventy years ago, my maternal grandmother was a warden (elder) of her local church in Sri Lanka (then known as Ceylon). Yet, today, some denominations do not have women pastors, and many congregations exclude women from serving at the highest decision-making levels (as elders). The same women who wield authority and steward power in professional settings are invisible in church leadership.

When we bar an entire gender of image-bearers from bringing their wisdom to bear on the direction a local congregation will take, we are hurting the church. Instead of gaining a fuller picture of what God might have that local congregation do, we end up with a skewed view of our priorities and programs. We are building our churches based on the fallout of sin, and around cultural understandings of what masculinity and femininity look like. But we should not be holding onto the consequences of sin. Instead, we should live out the script God gives us in Genesis.

In the grand creation narrative of Genesis 1, both the man and the woman are given the task of stewarding the earth. According to the more rustic version of the creation account in chapter 2, we are called to work and take care of the garden. Women together with men are to model God’s own nurturing nature as we exercise responsible stewardship over creation on behalf of God the owner. God desires that women and men use the gifts he has given them to build up the body.

As Christians, we need to base our decisions and lives on God’s intent for us in creation, which is made possible again through the work of Jesus. As citizens of a new kingdom who await the return of our king, wherever possible we attempt to practice our redeemed lifestyle, including egalitarian relationships between men and women in the here and now. Our redeemed lifestyles include opening ourselves to being interested in, understanding, and appreciating people who may be ethnically, culturally, generationally, and socio-economically different from us, and allowing them likewise to know who we are. God’s image dwells fully in each of us. It is an adventure and a privilege to know these “others” that God has made and help facilitate their gifts as he intended.