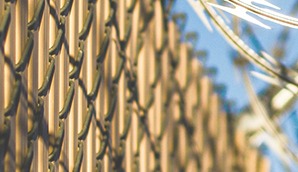 Justifying Injustice with the Bible: Apartheid

Today, virtually all evangelicals including complementarians believe that the Bible in no way approves of or endorses slavery. It is an evil and Christians should oppose slavery. They find it hard to believe that, for eighteen centuries, Christians accepted slavery like they did other cultural realities. In fact, most Christians find it unfathomable that the best theologians in America in the nineteenth century argued that God instituted slavery and approved of it.

Indeed, no complementarian today is willing to admit that, with Bible in hand, leading evangelical and Reformed theologians argued that slavery was instituted by God and approved by him. If they did, they might have to re-examine their argument that God has permanently subordinated women to men.

Neither the editors, John Piper and Wayne Grudem, nor any of the contributors to the definitive complementarian collection of essays, Recovering Biblical Manhood and Womanhood, ever once mention that most Christians, until modern times, thought that the Bible legitimized and endorsed slavery and that American Reformed theologians wrote extensively on the “biblical” case for slavery.

In five hundred and sixty-six pages, this fact is ignored. Furthermore, the editors assert that the Bible unambiguously disapproves of slavery, laying down the grounds “for slavery’s dissolution.”[1] Replying to those who connect the emancipation of women and slaves, they say that even if “some slave holders in the nineteenth century argued in ways parallel with our defense of distinct roles in marriage, the parallel was superficial and misguided.”[2]

The case for slavery was not advanced by “some slave holders,” but by the best evangelical and Reformed theologians of the day. If it was “misguided,” it certainly was not “superficial.” The editors and contributors to RBMW also argued that the Bible does not “approve” of slavery, it only “regulates” an existing institution like Moses regulated divorce.[3]

The editors, Andreas Köstenberger and Thomas R. Schreiner, and contributors to the later authoritative complementarian collection of essays, Women in the Church, similarly ignore or dismiss the historical facts about slavery.

We see exactly the same argument used to justify Apartheid in South Africa in the 20th century. Learned and seemingly godly Reformed theologians developed an impressive biblical case for apartheid—apartness. They were totally convinced that the Bible endorsed the separation of the races. They insisted that their policies were pleasing to God because they were grounded in Scripture.

The Reformed Church of South Africa was the largest denomination in the country by far. They had a number of large and well-supported theological seminaries with very high standards. Their best scholars had doctorates from mainly Dutch Universities. What is more, they were very evangelistic and worked tirelessly to see black South Africans converted and worshiping in their own churches.

In the 20th century, in the face of external attacks on white rule, the best Reformed theologians gave their able minds to developing biblical support for separate development (Apartheid). They argued that the Bible taught that humankind, by the will of God, was separated into different races that should each have their own lands. They insisted that Apartheid was pleasing to God because it was endorsed by Scripture.

I first heard the “biblical” case for Apartheid at Moore College, Sydney, in the mid 1960’s from the lips of Broughton Knox, the principal, and Donald Robinson, the vice-principal. Twice while I was in college, Stephen Bradley, the bishop of the breakaway Church of England in South Africa, spoke to us students in support of Apartheid at the invitation of Dr. Knox.

The “biblical” case for Apartheid is as follows:

This theology was backed by virtually every Reformed theologian in South Africa. The unambiguous and overwhelming support of Apartheid by the Reformed churches justified and legitimated the system. One of their most respected theologians, F. Potgeiter, summed up what was believed:

It is quite clear that no one can ever be a proponent of integration on the basis of the scriptures. It would be in a direct contradiction of the revealed will of God to plead for a commonality between whites, coloured, and Blacks.

Similarly, an official statement of the Reformed church stated, “The principle of apartheid between races and peoples, also separate missions and churches, is well supported by scripture.”

It was costly for any Reformed minister in South Africa to oppose this appeal to the Bible in support of Apartheid. They were branded as opponents of the church to which they belonged and worse, opponents of what the Bible so plainly endorsed.

In 1960, ten leading Reformed Afrikaner theologians published a series of essays condemning Apartheid and the claim that the Bible endorsed racial separation. They were put on trial for heresy, found guilty, and denounced by the prime minister, Dr. H. Verwoerd, himself a theologian.

In 1963, Beyers Naudé, another Afrikaner theologian, spoke out and wrote in opposition to the claim that the Bible supported Apartheid. Naudé and his family were completely ostracized by their fellow Afrikaners. He was forced to resign as minister and put out of his home without a salary.

In South Africa today, it would be hard to find a Reformed theologian who supports Apartheid. It is agreed that those who supported it were wrong.

In 1982, The World Alliance of Reformed Churches passed a motion declaring that Apartheid was a “heresy.”

It seems the South African Reformed theologians who were so sure the Bible endorsed, if not prescribed Apartheid, were teaching heresy. They had been using the Bible to justify what the Bible condemns!

We have learned from these two stories of oppression in Part 1 and Part 2 of this series that evangelical and Reformed theologians can, with Bible in hand, find arguments from Scripture to justify and legitimate their rule over others. Furthermore, no matter what awful consequences follow from their theology, they remain adamant that God has set them over others.