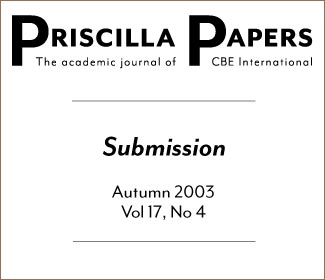 Jewels in Her Crown

Two hundred years before Martin Luther’s reformation, a woman now known as St. Bridget of Sweden (1302-1373) challenged wayward kings, priests, and popes, calling them to repentance. As a young woman married to a nobleman, she dedicated herself to prayer and service to the poor and sick, even as she mothered eight children and served as a lady-in-waiting to the queen. (The royals remained fond of Bridget even as they ignored her pleas for moral and legal reform.)

Widowed at age forty, Bridget founded a religious order and took on an international campaign, castigating three popes seated in Avignon rather than Rome, denouncing one as a “murderer of souls, more unjust than Pilate.”1

A mystic, Bridget frequently received prophecies and visions, recorded in her Revelations. In a recent trip to Woodstock Theological Library on the campus of Georgetown University, I was delightfully startled to discover an account of a vision—in the voice of the ancient Roman martyr St. Agnes—telling Bridget of the jewels in her heavenly crown. Its timeless message imparts fresh courage to face an age-old problem.

“The crown is the patience which has endured in tribulation, to be rewarded by God.

“The first stone in this crown is a jasper, and it was gained for you by him who spoke of you contemptuously, saying that he did not know by what spirit you spoke, and that it would better become you to spin than to dispute about the Scriptures. As the gleaming jasper enkindles joy, so does God inflame the soul by joy in tribulation, enlighten the understanding in spiritual things, and destroy the irregular desires of the heart.

“The second stone, the sapphire, was won for you by him who spoke friendly words to your face and robbed you of credit behind your back. As the sapphire reflects the blue of the heavens, so does the malice of men often help to keep the just man’s [/woman’s] thoughts turned to God.

“The third stone is the emerald. The man you have to thank for it is he who accused you of saying things you never said or thought. For as the emerald is a very brittle stone, of a fair green color, so does falsehood quickly come to nothing, and yet beautify the soul by the patience with which it is endured.

“A pearl comes next in your crown, and it was placed there by one who slandered a friend of God in your hearing, an injury which grieved you more than if it had been aimed at yourself. The pearl is fair and pure and beautiful, and such grief fills the soul with divine charity, making it lovely and spotless.

“When you returned blessing for words of bitterness, you gained the fifth stone, a topaz. As this stone gleams with a golden luster, so is there nothing more precious and pleasing to God than that we love those who injure us, and pray for those who persecute us.

“The sixth stone, the diamond, was set in your crown by him who struck you to the ground, a wrong which you bore patiently, praying for him who hurt you. As blows do not break the diamond, so is God well pleased when anyone bears contempt and ill-usage with fortitude, thinking all the while of what God endured for him.

“The seventh stone, the carbuncle, was gained when the servant brought you false tidings of your son Karl’s death, and you heard them patiently, submitting your will to the will of God. See how brightly the carbuncle gleams in this diadem, and know that God cannot but love him [/her] who bears patiently the loss of one dear to him. . . .

“Be steadfast then, my daughter, for there are some gems yet wanting to make your crown perfect.”2