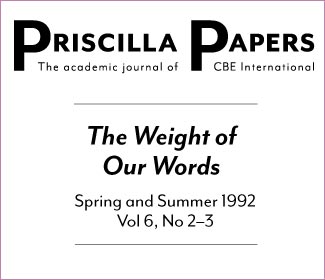 Her article first appeared in “Good News,” May/June 1986, and is reprinted by permission.

I walk into the small suburban house, not quite knowing what the next hour will hold. My church-sponsored home group is going to be led through a guided meditation.

I’ve been told the group leader will “walk” us through a familiar story line, Jesus calling the twelve, and each of us will visualize herself as one of the disciples. By envisioning ourselves in the middle of this Gospel scene, we’ll give the Holy Spirit an opportunity to address us personally.

Though I intend to observe more than participate, I follow each of the leader’s instructions. From head to foot I relax tensed muscles. I breathe deeply to the count of ten. For 30 seconds I silently and slowly repeat “You are the light of the world” inhaling on the first four syllables, exhaling on the last three.

Finally, I’m centered in and our leader sets the stage: “You are in a boat, fishing. A man is walking on the beach. First He stops and talks to one person, who follows Him.”

The director pauses after each sentence, giving us time to fill in our own details. My mind is thoroughly occupied with details of the setting, particularly of clothing. Am I wearing jeans or first-century robes? And what about Jesus’ clothes?

Andrew, then Peter, in my mind, leave their work and follow the stranger. Then He approaches me, staring at the fishing nets that need to be hauled in.

I look at Him. He has stopped and is giving me His undivided attention. But before He says a word I – reserved though I am – hurl at him a barrage of words. They seem to rise from the back of my mind’s uninventoried storage bins.

“Wait a minute!” I protest. ”I’m not strong enough to pull in these nets. And besides, you’ve got it all wrong. You’re supposed to call the men, and we women are supposed to follow.”

He doesn’t say a word at first, but stares at me more intensely than before, as if his eyes are beaming a silent message: “Listen to yourself. Do you know what you’re saying?”

Somewhat embarrassed by my outburst, I play back what I have just heard myself say. And I cringe. I’m an independent, professional, whole woman. I don’t really believe God thinks I’m supposed to tag along behind while someone else gets the real call.

Finally, Jesus speaks. “Do you think I’m the light of only half of the world? … I came to break down the walls, not to build them higher.”

The director of the meditation interrupts my thoughts, announcing it is time for all of us to come back from the fishing boats to the small, white-walled living room in which we are sitting. I open my eyes, suddenly frightened by the intensity of the emotions that have surfaced.

Where had they been hiding? Why had they bubbled up now? Why hadn’t the story progressed far enough for Jesus to ask me to follow Him or for me to answer? Though I have said yes to His call on numerous previous occasions, why now can’t I allow His call a personal hearing?

I’ve never heard a sermon on Jesus saying, “Follow me,” that was addressed to men only. Yet, my analysis of the meditation is that I’ve apparently heard a few too many messages in the Church that have, intentionally or not, excluded me.

I’m more painfully aware of the problem than are some women, less aware than others. Some find it nearly impossible to make the mental transition, for example, from “brother” to sister. These women are so defined by their gender that they cannot think, “Yes, I know that the pastor just called us all brethren. But he really included me, even though he didn’t actually say so.”

Other women, it seems, translate “he” into she without much thought or struggle. They are able to sing “Rise Up O Men of God” as if they, in their dresses, were setting out to battle.

I, somewhere near the middle between these two extremes, can usually translate male nouns and pronouns into female equivalents. But not without conscious effort and often a twinge of pain, or maybe resentment that the task is required of me. But then again, I sometimes get into trouble because sometimes I’m not supposed to make the switch – the speaker really intends his “he” to be he.

To me, a solution to the problem doesn’t seem outside the realm of possibility. For now, I would be content merely with some effort toward a solution. Replacing “he” with “he or she” or with “person,” even occasionally, would be progress and a hopeful sign.

Six years ago I sat near the back of the church I regularly attended, listening to the Sunday School superintendent. He was giving a motivational challenge to the young students assembled for opening exercises. Pounding his right fist into his left palm, he exclaimed with great conviction, “You’ve got to grow up to be strong men of God!”

Inwardly I flinched. I wasn’t aware that I’d made my pain visible. Furthermore, I had not verbalized to anyone in the congregation my frustrations with the church’s attitude toward women. But to me there was no mistaking what happened next.

As soon as the words had left his mouth, the superintendent looked straight at me. The expression on my face, I suppose, must have been similar to the look on Jesus’ when he stared at me, the fish-catcher who insisted she was not really wanted as a disciple. For the superintendent paused, as if to listen to himself. Then with only slightly less conviction, he continued, “And you’ve got to grow up to be strong women of God.”

I smiled. If he’d corrected himself once, there was hope – he could learn to make such inclusiveness a habit.