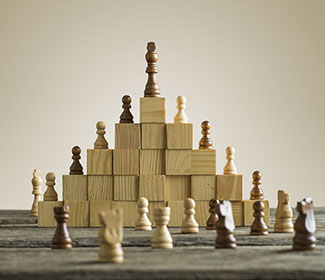 If Anyone Can Abuse, Why Are We Still Talking Gender Roles? It’s About Power

Over the last year, many of us have watched in dismay as the #MeToo and #ChurchToo campaigns have exposed the sexual harassment and assault rampant in our society. Evangelicals have been quick to denounce men like Harvey Weinstein and Larry Nassar, but the stream of revelations against pastors has been harder to swallow.

As Christian leaders wrestle with how we got here and what to do now, views on gender have taken center stage. Egalitarians and complementarians alike have been quick to argue that their own view protects women while the opposing view endangers women.

Others have said that gender theology isn’t an issue at all. In a January 2018 interview with NPR, Kelly Rosati, vice president for child advocacy at Focus on the Family, argued that “it’s important to separate the evangelical belief about distinctive gender roles in the church from the exploitation of power differentials between a pastor and his flock” and that “what you saw in that [Andy Savage] incident was a conflating of those two issues.”

It’s true that men harass and abuse women regardless of gender theology. The abuse epidemic transcends the gender debate, but we’re fooling ourselves if we think our gender theology is irrelevant.

Abuse stems from a power imbalance

Humans weren’t designed to rule over one another (Gen. 1:26–29). We were designed to live in community characterized by shared leadership and mutual submission. Regardless of our views on gender roles, we all behave in ways we shouldn’t, sometimes unwittingly. In a power-balanced relationship, either person can—without fear—freely express that a line has been crossed.

In a power-imbalanced relationship, speaking out is a huge risk. If you challenge a boss who is harassing you, you could lose your job while they lose nothing. If you speak out about a popular pastor or politician, the public is more likely to believe them than you. When a wife with an abusive husband knows that her church leaders will side with her husband, she risks putting herself or her children in more danger by revealing the truth. Power imbalances make it easier for the powerful to get away with everything from crude jokes to sexual violence.

Why our views on gender still matter

If abuse is a power problem, then what does the debate about gender roles have to do with it? Put simply, our views on gender and authority grow out of and reinforce our philosophies on power.

Egalitarians believe that the Bible recognizes that we are created for communities built around mutual submission and shared leadership—we call this “mutuality.” We believe that God recognizes that sinful humans (men and women) are prone to abuse power. We see that God did not simply serve from a position of power (though Jesus was a servant leader), but emptied himself of power to become one of us (Phil. 2:5–11). We are to pursue mutuality in our friendships, our marriages, and our churches.

A complementarian view of gender embraces a power imbalance between men and women. In fact, it makes that power imbalance the very definition of manhood or womanhood. A man is created to lead, protect, and provide (positions of power) while a woman is created to obey, submit, and nurture (relatively less power). Men are expected to use their power self-sacrificially, like Jesus. In practice, this often looks like building a power-balanced relationship. Is it a coincidence that imitating Christ makes us functionally egalitarian? I think not.

Do egalitarians abuse or harass? Yes. That doesn’t change the fact that mutuality is a more biblical model for relationships. Views that argue for a power imbalance feed, consciously or not, our sinful desire to have power over others. The Bible calls us to a radical unity where human hierarchy no longer defines our relationships (Gal 3:28). Let’s make this our goal.

Our views on gender are a symptom of our theology of power. A chorus of courageous women stretching from the Old Testament to today’s Twitter feed calls us to do better. Let’s honor them. Let’s structure our organizations responsibly, let’s hold leaders to account, let’s believe survivors, let’s challenge men to do better than avoiding contact with female colleagues. And let’s embrace a theology that undermines power inequality between men and women. Only then can we do the hard work of transforming our families, churches, and communities.

PrevPreviousMore Than A Resolution on Women’s Dignity, We Need Action
NextWe Need More Than A Hypothetical “Yes” to Women in MinistryNext