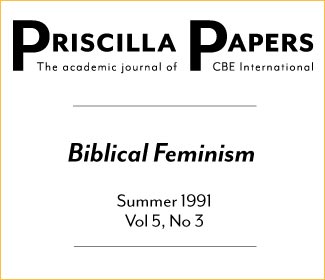 A Home for One

Alone. Whether I liked it or not, it was my physical state, the moment the moving van, empty as my still-unplugged refrigerator, drove out of sight. I stood in what would become my living room and scanned the tops of brown boxes which had been packed and then rolled three hundred miles, just, it seemed, so I could unpack them.

A lease, hidden in one of the boxes, declared me the sole inhabiter of these three disheveled and cold-looking rooms.

Suddenly I regretted having signed an agreement which included the prohibition of furry pets; I wished a cat were rubbing against my ankle, reminding me that I was remembered and needed – here and now.

Taking a survey of the premises, I walked to the kitchen, the bedroom, then I returned to the kitchen, where I boiled water in an open pan. Surely a cup of hot coffee would set my hands a-working, and some semblance of order was the immediate goal toward which I threw my efforts; in larger terms, the task ahead of me was to make a barren apartment into a home.

Home. What does it mean to someone who lives alone? Countless sermons, seminars, and songs, which define the word in terms of people, make one’s own rooms and furnishings seem less than adequate, less than deserving of the warm word. But the Thorndike Barnhart Dictionary defines home as a “place where a person can rest and be safe,” and, in her book Once My Child…Now My Friend, Elinor Lenz says that “Home, for adults, is a place that they have created for themselves and that reflects their tastes, and life style.”

As I unpacked boxes, placed dishes in cabinets, and hung pictures on walls, I re-created a place that reflected who I am. As I declared the space mine, it started to define me.

In his book, A Place for You, Paul Tournier suggests, “One becomes a person only if one really has a place.  …And that place is no abstraction. It is … the fireside, the photographs on the mantelpiece…the books on the shelves, all the little details with which they have become familiar,” and he wonders if “the relationship of people with places is not more stable than that with their fellow human beings.”

The ability to transform three empty rooms into a place that seemed more mine than did a room in my parents’ house hadn’t been naturally endowed. Seven years before, when I had moved my carload of earthly possessions into two tiny furnished rooms, I had sworn I would never own anything that wouldn’t fit inside my Vega.

Who or what I was would never be defined in such permanent and material terms. I was temporary; home was someplace I’d left and someone I would some day find. In the words of Emily Dickinson, life itself was “over there behind the shelf the sexton keeps the key to.”

There was nothing about my “station” I wanted to preserve, or so I thought – until the morning I woke desiring tables and chairs and a bed I could call mine.

It seemed a sign of coming of age – the time for an ingathering of possessions around which I could stake an adult-sized claim. This furniture, along with more portable photographs and postcards, could prove, by their existence, my past, even the past of the future – the present.

And so I rented my first empty apartment and started filling it with what I could scrounge – junk, at first, but mine. With time, places were replaced by others, more suited to my liking, and, with time, the complementary and collected small gifts, photographs, and displayed postcards took on identities of their own – they connected me to friends and family who, although absent from me, were the people I felt most at home with. Within a few years, I was ready to sign a lease, allowing myself to imagine myself as being in the same place in another year’s turning.

Other single women, like me, have felt age pushing them to make something permanent of their physical surroundings, even though their emotional conditioning has told them to wait – and make a “real” home alongside someone else.

Donna, a corporate executive, found herself, at age thirty-six, the renter of an apartment which she had comfortably furnished – except her bedroom. A corner of her mind held firm: She would decorate that holy sanctuary as part of the preparations for her wedding. With the input of her as yet unmet fiancé, she would make her bedroom into a pleasant hideaway.

One day her eyes were opened. For too long she had deprived herself of the comfort of that room; it had given pleasure only in her dreams. She then bought furniture, decorated to suit her tastes, and set her mind to spending time in and enjoying the large, airy space.

Although we may wish truth into the sermons which define home in terms of other people, home can be, and for many is, a place – defined by living rather than loving. Those who live alone know that guests, no matter how frequent or welcome, eventually leave for homes of their own.

Occasionally, still, my heart goes with my guests out my door, but mostly I lock the door behind them, turn around, take a whirlwind glance around my very fine house and thank God it’s mine. My place of rest. Suited to my tastes. For now, complete.