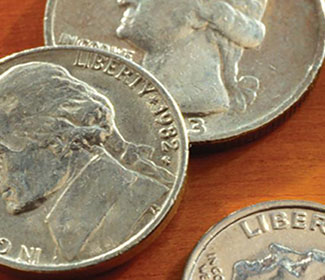 “Home” Economics and the Fall

When I hear the words, “home economics,” I think of a class of high school girls from the 1950s, their hair in flips and wearing frilly aprons. When most people think of plain-old “economics,” they think of things like interest rates and stock market values. But home economics is far more serious than either of these ideas. It is fitting that Mutuality devote an issue to this subject, because the original economics of the home is the source of patriarchy — the ultimate lack of mutuality, not only between men and women, but also among men themselves. For as professor of Christian origins S. Scott Bartchy points out in his article, “Understanding Ancient Patriarchy,” patriarchy is not just the subordination of women to men, but the dominance of a few men over everyone else, male and female.

Many people today reject Christianity because of their perception that the Bible promotes this system of hierarchy and inequality. Yet read in light of the ancient patriarchy that pervaded the first century world, it becomes clear that Jesus and the authors of the New Testament, most especially Paul, worked hard to overturn everything to do with inequality. When I began teaching biblical equality in Africa, I came to understand that this “ancient” patriarchy is still very much alive in the less economically developed parts of the world. In fact, I have come to the conclusion that the kind of patriarchal worldview Jesus and Paul condemn is simply the culture of the fall. This culture has never been limited to ancient Rome, but exists in pre-Industrial, pre-Christian, or historically non-Christian cultures everywhere and in all times.

Let’s first look at what this has to do with home economics. Patriarchy is the result of constraints experienced by families after humankind’s expulsion from the Garden of Eden. Economics is the study of the trade-offs that people make under conditions of scarcity. For example, your paycheck comes to a limited amount each month. The economist asks, how do you decide how to spend it? Can you buy those shoes you’ve had your eye on, or must you instead spend your pay on winter coats for the kids?

For many Americans, the consequences of these trade-offs may be trivial. For citizens of less economically-developed countries, who face scarcity on a daily basis, the trade-offs are much more painful. An African mother might have to choose whether to feed her children the food she grows or sell it to pay school fees (with the whole family “sleeping hungry” as a result). She might have to choose which one of her many children to send to school. She might agree to marry her barely-pubescent daughter to an older man because the family desperately needs the money her marriage will bring into the family.

The Bible tells us that in creation, human life could not be studied with the tools of economics — there were no trade-offs to be made in the Garden of Eden, as there was no scarcity! It is only after humankind demanded the right to make our own decisions (the first sin, or the fall, described in Gen. 3), that scarcity (and therefore economics) entered the world. With the fall, the ground was “cursed,” and God told both the man and the woman that they will suffer painful or sorrowful toil in their attempts to wrest a living from it:

To Adam he [God] said… “Cursed is the ground because of you; through painful toil you will eat of it all the days of your life. It will produce thorns and thistles for you” (Gen. 3:17a–18, TNIV).

As a result of humankind’s fall from grace, men and women became farmers in a thorny world of scarcity. When there were no supermarkets, hospitals, power companies, or schools, families were self-sufficient units that produced everything they needed for survival — not only food, clothing, and shelter, but services such as medical care, education, and care for each other in old age or disability (see Gary S. Becker’s A Treatise on the Family).

Children are important sources of labor in such circumstances and the only source of “social security.” Faced with chronic scarcity and the need for a lot of help, those in less economically-developed countries often have more children than they can care for. Such children exist to serve their parents’ needs, not the other way around. Thus, in Genesis 3:16, God tells the woman that because of the fall she will “bring forth children in sorrow” — sorrow because they will not be valued in their own right, but only for what they can produce.

While producing children became a woman’s most important economic contribution, childbearing does not free her from the endless demands for her labor. She still must engage in sorrowful toil. Too physically-demanding a labor results in miscarriage, however. In consequence, “home economics” dictated that work be divided up so that women could do that which could be done while pregnant, nursing, or caring for small children. “Men’s work,” as Karen Sacks points out in Sisters and Wives: The Past and Future of Sexual Equality, tends to be simply the work that pregnant women cannot readily do.

Although who does what varies from circumstance to circumstance, every society makes distinctions between “men’s” and “women’s work”— and usually enforces them strongly.

The world of scarcity without redemption

As you read this, you may be thinking of your grandparents’ life, or of shows like “Little House on the Prairie.” Such a division of labor may seem reasonable and benign under those circumstances. Thinking back to the rural past in historically Christian countries to understand ancient patriarchy is misleading, however. Jesus and redemption radically changed the way men and women relate to each other (even if we fallible mortals still don’t get things exactly right.) For from this simple woman-in-the-household, man-outside-the household model emerges a terrifying reality: Men now need power over their environment and over other people, and women are too burdened with domestic responsibilities to seek it themselves.

In Genesis 3, God warned Adam of man’s burden as a result of his alienation from God’s abundant provision: “By the sweat of your brow you will eat your food.” The world of scarcity rewards male self-interest, aggression and dominance — and rewards the women connected with such men as well. Women cannot help but become subordinate to men in such circumstances. Thus God warns us, “Your desire shall be for your husband, but he will rule over you.”

Without the thorough-going change brought about by redemption, the home economics of living in a fallen world involves a long list of suffering for all involved. Women and girls in countries still under the rule of patriarchy suffer from abuses that might include female infanticide; polygamy; forced marriage of prepubescent girls; isolation and veiling; genital mutilation; domestic violence; unilateral divorce and abandonment; sexual assault; lack of access to education; and male usurping of family resources for personal consumption in alcohol, tobacco, and womanizing. Girls might be sold or kidnapped into marriage, expected to bear large numbers of children, forced to turn to prostitution in order to survive or pay school fees, or suffer abandonment when their husbands lose interest in them sexually. Young widows may be “inherited” by their husband’s brothers, or older widows forced out of their homes. Children similarly, existing only to serve their fathers, may suffer from lack of food, safe water, health services, and education. They may be neglected, sexually-abused, abandoned, or orphaned, suffering life-long physical and emotional difficulties as a result.

It is harder to get sympathy for the plight of men, as they often seem to be the perpetrators of the injustices against women. Often, however, men’s abusive or self-serving behaviors toward women and children (alcoholism, domestic violence, sexual abuse, and sexual infidelities) are expressions of their own frustrations in dealing with high rates of poverty, joblessness, violent and economic victimization, and pressures to conform to socially-prescribed norms of masculinity. Historically, the vast majority of men were not patriarchs, but servants, slaves, or dependent clients. Ethnic or tribal strife and violence are commonplace as families/lineage groups scramble for their own survival in the face of limited resources. Such circumstances were just as true in the first-century as they are today.

But Jesus, Paul, Peter, and others whose teachings are captured in the New Testament taught that Christians need not strive for things of the flesh, because God himself would take care of them if they lived by faith in him. These teachings had a profound effect over time, transforming ancient patriarchy. Christianity forbade infanticide, raised the age of marriage for girls, raised the status of women in general, disallowed promiscuity for men as well as women, outlawed polygamy, opposed and ultimately eliminated slavery, put slaves and women into leadership positions in the church, allowed marital separation in the interest of peace but discouraged divorce, and encouraged people to remain single if they so chose (that in itself a huge advantage in a world in which certain categories of people simply have to marry). Rodney Stark notes, in The Rise of Christianity, that a significant factor in the explosive growth of the early Christian movement was that it treated women so well.

The amazing thing is that giving one’s heart to the Lord often causes a thorough-going change of that heart away from patriarchy. However, we are often so entrenched in our own cultures that a full understanding of the power of redemption requires some study. Anyone involved with Christians for Biblical Equality is probably well aware of this. The good news is that the message of biblical equality is being received with joy. My organization, Empower International Ministries, works with existing ministries in developing and/or historically non-Christian countries to enable them to teach and live out the biblical message of unity and equality among all believers in Christ, regardless of race, sex, age, level of education, social status, or ethnicity. As we spread this good news in Africa, we have been met with an eagerness and joy that amazes us.

One of the most encouraging experiences for me came on a day when I taught this material on “the Curse” in the small town of Matana, Burundi. I pointed out that God put a curse on the ground — not on the man and the woman. This is meaningful because to be cursed in Africa — where witchcraft and devil worship are still very much a part of life — is a terrible thing. To be cursed means to be blighted and cast off, and Africans customarily think that women in particular are under that kind of curse. There was a lot of buzzing in the room when I said that God did not curse the woman. I didn’t appreciate the impact of this message until later that day when an unscheduled choir popped up and started singing a song in the local language. Ugandan pastor Frank Tweheyo started translating the words for me. The song was about when Balaam was sent out to curse the Israelites — but couldn’t do it, because “you can’t curse what God has blessed!”

PrevPreviousEscaping the Mold & Embracing Giftedness
NextThe “Facts” About Women or The Truth About God?Next