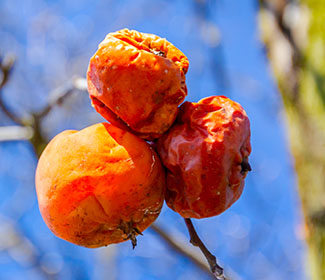 The Fruit of Complementarianism in the Wake of the Atlanta Tragedy

It’s been two weeks since a 21-year-old white man admitted he murdered eight people, seven of whom were women and six of whom were Asian and Asian American women. Their names are Xiaoji Tan, Delaina Ashley Yaun, Yong Ae Yue, Suncha Kim, Soon Chung Park, Daoyou Feng, Elcias Hernandez-Ortiz, Paul Andre Michels. We at CBE mourn beside their families and with our Asian American and Pacific Islander sisters and brothers in the wake of this tragedy and in the midst of mounting anti-Asian racism across the US.

It has been widely reported that the (suspected) shooter claimed, when questioned, that his motive was to “eliminate his temptation” related to what he called a “sex addiction.” Though the shooter said his actions were not racially motivated, he targeted Asian American women. When we look at this event, we need to examine the intersection represented here. We cannot ignore that while this was unmistakably femicide, this was also a racialized hate crime. We simply don’t have time for either/or thinking, we need to get comfortable with both/and. Lives are at stake.

And we definitely cannot ignore that this shooter, this man, was a baptized and active member of the Southern Baptist Convention. A God-fearing, white, Southern Baptist man, who apparently posted on his social media that he loved “pizza, guns, drums, music, family and God,” and compared himself to the prodigal son.

Since the shooting his church, Crabapple Baptist, has taken down nearly all their website content and put up a statement explaining, in not so few words, that they don’t condone his actions. A former youth minister at Crabapple told The Washington Post that “there’s nothing that I’m aware of at Crabapple that would give approval to this.” His church, at least from where I am sitting, appears to be at a loss for how or why he could commit such an atrocity.

But to me it doesn’t appear to be much of a mystery. I believe, with all my heart, that the pastors, leaders, and members of Crabapple don’t condone, nor would they ever have explicitly encouraged, the shooter’s actions. However, I also suspect that the teaching and discipleship he received at Crabapple did not challenge the beliefs he was forming about women, that women are “temptations,” objects to be “eliminated” because they cause him, a man, shame.

His words, given to the police to explain his horrific actions, reminded me and countless other evangelical women of the purity culture we were raised in that told us to dress modestly, cover our bodies, so we wouldn’t cause our brothers to stumble. I wish it surprised me that he felt he could take his sexual shame out on women, but it doesn’t. I wish it surprised me that a majority of these women were Asian American, but it doesn’t. I am furious, but not surprised. Worship leader Angie Hong wrote a moving piece for The Atlantic about her experience as an evangelical, Asian American woman who grew up in purity culture, addressing the specific weight of these interlocking experiences. It is an important read.

Because Crabapple took down their website, we can’t see their specific stance on women’s leadership in the church. But since they are a member of the SBC, we can assume this church has not had any women in positions of pastoral leadership and that no woman has held teaching positions over adult men. It seems equally reasonable to conclude that the teaching that women should submit to men was common in this congregation, as this is the position advanced by the SBC.

Furthermore, The Washington Post reported that Crabapple Baptist considers itself a part of the Founders Ministry, a more conservative organization within the SBC. The Founders Ministry promotes a militaristic view of Christianity and appears to spend a lot of time dismantling Critical Race Theory. From perusing their blog, it is clear they do not spend the same amount of time talking about how the church should address racism, and even question whether they should believe systemic racism exists at all. They also consider women’s pastoral leadership to be a symptom of a rotting church.

Crabapple may be at a loss for how one of their members could do this, but the statement they put on their website makes it clear they aren’t willing to consider the possibility, publicly at least, that complementarian theology and failure to explicitly denounce racism could have been contributing factors. They make it clear throughout their statement that “each person is responsible for his or her own sin” and that “the shooter alone is responsible for his evil actions and desires.” This emphasis does double duty, absolving them from any theological or discipleship culpability while also acknowledging that the shooter alone was responsible for his actions and not the women.

The answers they provide are equally suggestive. They write that they “categorically reject” that women are responsible for men’s sexual sin against them. But they don’t mention whether they teach modesty to women exclusively, or what they believe and teach about women’s roles in the church, home, and in society. They say they “absolutely” don’t “teach that acts of violence are acceptable against certain ethnicities or against women” and that they “repudiate any and all forms of misogyny and racism.” But they leave out what they believe the Bible says about women and the relationship between women and men.

For a church that belongs to a denomination that often speaks with authority about what the Bible says, priding themselves on being “people of the Book,” their silence on what the Bible has to say about women’s dignity and agency now is deafening!

Their statement also fails to show that they understand this isn’t a reflection of two separate issues (misogyny and racism) but a reflection of interlocking systems (patriarchy and white supremacy). They say nothing about the sexualization of Asian women in American culture. They don’t even get close to examining why six Asian American women were targeted and murdered for a white man’s sexual shame.

I believe the leaders of Crabapple and other SBC leaders when they say they don’t condone the shooter’s actions. I believe them when they say they are shocked, confused, and heartbroken, when they say they mourn with the families of the victims. I also believe they are at a loss as to how one of their active members could do this. But I wish their public statement left room for the possibility that their complementarian teaching, at best, failed to challenge the shooter’s view of women, and, at worst, provided him with a worldview that allowed him to view Asian women as temptations to be eliminated on his “bad day.” I hope and pray that this is what is happening behind the scenes.

In Matthew 7, Jesus told his disciples to beware of false prophets, saying that they will “know them by their fruits.” After all, “a good tree cannot bear bad fruit, nor can a bad tree bear good fruit.” SBC members, I beg you to look closely at the fruits of your teachings. What do you have to show for your theology about male headship and women’s submission? What do you have to show for your arguments over the validity of CRT and the existence of systemic racism?

I can assure you that, to many of us, the nature of the fruit of your teaching is abundantly clear.