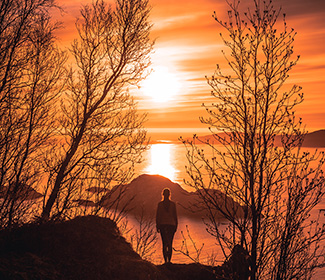 As one of the most enduring controversies in Christian history, the role of women in church leadership has, in many ways, been superceded by the extraordinary contribution women around the world are making in contemporary worship. From songwriting to thriving musical ministries to their increasing presence as functioning worship leaders, women, and the singular talents and abilities they bring to bear, are an essential element in the style and substance of today’s praise and worship.

Yet, despite their growing influence in the devotional arts, a woman’s place in worship, not to mention professional pastoral positions, is very much subject to prevailing practices—and prejudices—on the local level. While the power afforded to women within the church may vary according to denominational standards and the simple expedience of filling necessary ministry positions with the most qualified individuals regardless of gender, the proverbial glass ceiling often imposes its limitations despite the egalitarian aspirations of many modern and emerging churches.

Beneath the ongoing debate, fueled by a wide spectrum of scriptural interpretation, old conflicts and contradictions endure. Does the church, consciously or otherwise, accommodate a gender bias? Are there qualities of effective leadership that can best be exemplified by women? What is the true biblical perspective to this seemingly endless argument?

While theological debate is certain to continue unabated, it is within the quickly evolving realm of worship that women have found an innovative and influential expression of their leadership gifts. Defined at its basis as the art of transformational communication, worship is a natural fit for the archetypal (some might even say stereotypical) feminine qualities of intimacy, emotional honesty, and a yielded spirit. Whether or not such traits are consistent with the demands of effective leadership, and whether the two-pronged job description of a “worshiping leader” is consistent with prevailing conceptions of Christian womanhood, all remain to be seen. Yet, what is abundantly evident is that many women within the international church community are not waiting for such questions to be resolved or for final permission to be granted. In a very real sense, worship has become both a force for liberation and a fundamental challenge to both Christian women and men as they increasingly find themselves working alongside one another.

“In churches where worship is understood to be really important, there can sometimes be a higher bar for women to get over.” So says Teri Furr, a well-known teacher and evangelist and cofounder of Fragrant Oil, a popular women’s movement. “If that emphasis isn’t there, if worship is just considered ‘filler,’ then it’s not so controversial for women to lead.”

Kim Hill agrees, describing a recent experience leading worship at a conference, “I was scheduled to lead worship on the last morning; it was pretty early and there wasn’t a single person in the room aside from the sound guys. The program director came up and told me that I was going to start worship in two minutes whether there was anyone there or not. Period. ‘You’re the filler, you know, people straggle in while you’re singing.’ I’m certain that I was in a place where worship wasn’t of value. There are some times when attitudes like that are harder to overlook than others, but it has taken me years to reach a level of maturity where it doesn’t bother me as much. These days I don’t care. I’m singing to the Lord. I’ve come to realize, regardless of the number of people, whether it’s one person or two hundred, my job is to be obedient and lead worship.”

But, an emphasis on God’s anointing and the power that comes with it is central to the hard won wisdom of the veteran women in worship. “The Lord spoke to me and said, ‘I have a position for you and you don’t have to worry about it because it is the highest position you could possibly pick,’” reveals Rita Springer, a well-traveled worship leader, songwriter, and recording artist with a rich history in the Vineyard movement. “In my humanity, I thought, this is going to be great! I’m going to have some grand title with a big desk and my name on the door and God is going to push through the promotion personally. But then he told me, ‘Your position is the kneeling position,’ and I really had to process that. Humility is the thing that brings us honor and, in the church, we’re still battling that issue, men and women. For me it comes down to one question: Who does God say I am?”

To find the answer to that question many seekers turn to Scripture, yet the evidence for clear and unequivocal insight is historically scant. “I find that a lot of male leaders are challenged by the thought that Scripture may mean something different from the way it’s been interpreted for so long,” comments Dr. Roberta King, Associate Professor of Communication and Ethnomusicology at Fuller Seminary. “We probably have a lot of male pastors who are secretly supporters of women in leadership, but they’re afraid to stand up for women as equals.”

“I know a young woman who lives in Texas and is looking for a job as a worship leader,” recounts Sally Morganthaler, teacher, author and frequent contributor to Worship Leader magazine. “She’s asked a number of churches and has gotten back a lot of nasty e-mails telling her she should read her Bible on the subject of women in ministry. That’s just one story, but I think generally women with leadership skills, while they may get some kind of title within the church, usually end up in assisting roles. They’re not guiding the ship; they’re not setting the vision, and they’re not so much managing a ministry as helping someone else manage it. They’re frustrated because they know their ideas aren’t going to go anywhere and they’re relegated to helping men.”

An acknowledged expert on the emerging church movement, Morganthaler sees entrenched attitudes even in the most modern congregations. “Women are often caught off guard by systems that seem to be inherited from older churches. The jargon may be different, but the leadership functions are not. The ones I talk to often tell me that they went into these new churches thinking that they would be in partnership and now they’re wondering how can they push through all those barriers they thought were behind them.”

It is in the pushing through that women leaders, especially in worship roles, are forging a fresh and refreshingly non-confrontational strategy for assuming an active role in the life and work of the church.

“We are too often paralyzed by waiting for permission,” asserts Springer. “It’s our freedom in Christ that gives us permission. I believe women are the intercessors of worship. It’s a much different quality from what a man can bring because of the emotions, because of the fact that we will run, not walk, to get to Jesus. Understanding that gives us freedom and, with that freedom, comes authority.”

Another point of paralysis, according to Morganthaler, is that “a lot of women look at Jesus through our experiences with fathers, spouses, and brothers. We have all three layers of maleness that we need to strip away to see how countercultural Jesus really was. How can we get our motivation toward him straight when our father abused us, or even if we’ve been silenced so much we’ve lost touch with the freedom we have in Him? The reality is that Jesus had such a high view of women, we have no cause to look at him through the filter of our own past encounters with men.”

The entire concept of leadership is another central premise being closely examined by women in worship. “We so often try to say the words ‘servant’ and ‘leader’ in the same breath,” explains King. “We should just drop the leader part. If we simply thought of ourselves as servants, whether male or female, I think it would really change our perspective, because then we would genuinely be pursuing God in the midst of our worship, rather than being concerned about what our role is in the church. The question we need to ask ourselves is whether we’re serving God in what we’re doing. We need to get over seeking a platform and instead find our place in the family of God where our gifting can be used—and that means we need role models, especially as women. We don’t have enough women who can encourage us to stand up and say ‘I can do that!’”

For Teri Furr, the concept of women’s gifting is very much in the mind of the beholder. “Too often the culture dictates what our role will be,” she says. “For instance, those passages in Scripture that talk about women not teaching men create the impression that instruction from a woman is forbidden and that usually translates as preaching. But worship leading can actually be a much more direct form of instruction and a lot more immediate in its response of God’s truth.” Springer heartily concurs. “Sometimes I can say more behind the piano than can ever be said behind the pulpit. We have to get our emphasis off of position and prestige. Are we looking for an impressive title because we need it or because it describes what God has put on us? All too often things get out of balance and we end up breeding ill will toward men. It’s not a better-than issue. It’s an other-than issue.”

Humility Is the Key

To finally and fully comprehend the differences and similarities of men and women in ministry is, according to King, “going to take commitment on both sides to be willing to listen and to work together. It means spending time hearing each other and then taking what we’ve heard and applying it. I think it’s also important for women to consciously develop an attitude of humility, because it’s very easy for us to react defensively in a hurtful situation. By this I don’t mean being so humble that you’re not doing what God has called you to. Sometimes we have to take risks, to confront others. But we have to do it with a loving attitude, seeking God in all things. I think the bottom line is, we women should be excited to be living in this day and age and not a hundred years ago.”

“I think the message a lot of committed Christian women are trying to get across is very direct,” adds Morganthaler. “It’s that the Kingdom of God needs what we’ve been given. We’re not just in this for ourselves, to set up a little women’s club. During the women’s movement, it was all about getting recognition and equality and all of that, and while I’m not saying that isn’t important, what we understand is that what really matters is who we are and how we can help transform the world, for the glory of God.”