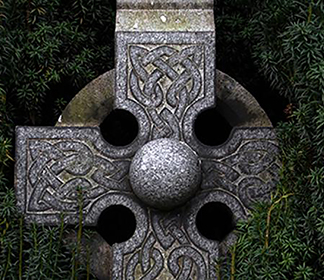 A Feminist’s Take On The Cross: Justice Over Empire

In a recent Arise article, Amy Buckley recounted an exchange between herself and a group of men who accused Christian feminists of using a hermeneutic of pain to interpret the Bible. It was their way of suggesting that feminists do not understand Scripture because they identify strongly with people who suffer.

Amy and her friend, Patti, countered that those who suffer injustice have a unique and profound grasp of the cross.

Is this true? Do the oppressed detect something in the cross that eludes the powerful? Could the cross both justify humanity and highlight humanity’s injustice? Is it possible that to correctly apprehend the cross, we must embrace both its literal message of personal redemption and its symbolic commentary on earthly power?

Indeed, the cross is all about giving up power, and the disempowered are certainly invested in Jesus’ literal and symbolic sacrifice. Feminists then, with their hermeneutic of pain, comprehend the full liberation of the cross.

Feminists see the cross as an indictment of individual and collective sin, absolutely. But many feminists also see the cross as a symbolic rejection of earthly power. To us, the cross is a confirmation of God’s authority over oppression, empire, and death.

Patti asked the men if it was possible to have a hermeneutic of ease in which privilege veils messages of liberation, justice, and equality in Scripture.

They agreed that it was possible.

Are we missing a message of liberation, justice, and equality in Scripture because we have a hermeneutic of ease? Because we crave power?

Christianity has often found itself on the wrong side of privilege. Historically, we have sided with empire too often to call it coincidence. But why?

It’s the oldest story in the Good Book. We want to rule—desperately. We have drunk greedily from the fountain of power since the beginning of time.

We went after power when we fell in the Garden of Eden. Satan offered Jesus the chance to rule over the kingdoms of earth in exchange for his worship. James and John asked Jesus for seats at his right and left hands.

Humans crave privilege. We side with empire because we want to rule. And the human instinct for empire gave birth to the oppression of women, to the subordination of people of color, to the demonizing of the “other.”

The powerful find great security in their privilege.

It was this weakness that Satan himself sought to exploit when he offered Jesus an earthly empire in exchange for his everlasting kingdom.

Jesus rejected the human instinct for empire. He chose not to rule.

Clearly, Jesus knew all about the human instinct for empire. He also knew a simple but profound truth: all empires fall.

The kingdom triumphs because it is no empire. It is built on equal measures of justice and mercy. It is ruled by a God who bleeds because his love is too big.

Jesus vowed that his kingdom would be radically different from the empires of the world: the last will be first. The powerful, the first-comers, the privileged, the front row people—they are asked to go willingly to the back of the line to make way for the least of these.

Perhaps Jesus understood that a gospel of the least of these would be difficult for the privileged to grasp. Perhaps, as Jürgen Moltmann wrote, “The messianic hope was never the hope of the victors and rulers. It was always the hope of the defeated and ground down” (The Way of Christ).

The powerful read the Bible looking for confirmation of their right to rule. They are often attracted to images of God as a white male who conquers and defeats. Because it is what they most want to find, their hermeneutical priority is the image and validation of power.

A hermeneutic of power erases a God who bleeds and breaks for humanity.

A hermeneutic of male privilege rejects a God who protects like a mother.

A hermeneutic of empire veils the liberation of the cross.

We serve a God who lost before he ultimately won, a God who allowed himself to be conquered. In my gospel, God is broken. God bleeds. God dies. And God doesn’t just die—God is slaughtered by empire.

Perhaps this is why the marginalized find a comfort and solidarity in the cross that eludes the privileged. They know what it feels like to suffer at the hands of empire. And they identify not with a conquering King, but with a suffering Christ.

Perhaps women correctly apprehend the cross because they know how it feels to be dominated.

Perhaps people of color correctly apprehend the cross because they know how it feels to die unjustly at the hands of empire.

Perhaps those who experience poverty correctly apprehend the cross because they know how it feels to suffer alone.

Perhaps a hermeneutic of pain isn’t a foolish way to interpret the Bible after all.

Those who suffer injustice see what the powerful miss. Our God is both loser and ultimate winner, both father and mother, both healer and liberator, both a victim of injustice and one who is justice, both dead and forever alive.

The human instinct for empire is strong. It can creep into our hermeneutic, blinding us to our own privilege and to the message of liberation and justice in the gospel.

But a feminist hermeneutic subdues the human instinct for empire. It challenges our desire to rule. It calls the peripheral into the heart of God’s work. And it centralizes the cross as a symbol of Christ’s solidarity with the oppressed.

A feminist hermeneutic calls for liberation over oppression, equality over privilege, peace over violence, and justice over empire.

PrevPreviousGender Hierarchy in Genesis: Distortions, Not Directives
NextPaul and Gender: Reclaiming the Apostle’s Vision for Men and Women in ChristNext