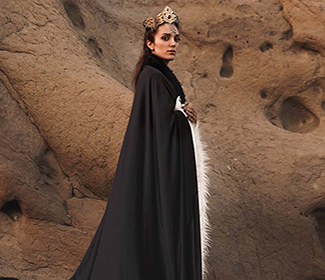 It wasn’t until 2017 that TIME Magazine honored women silence breakers as their “Person of the Year.” Truth be told, women have been breaking the silence on abuse and harassment for centuries. They have often been God’s hands of compassion and liberation, working to expose evil and topple systems of oppression. Reflecting on women’s history of silence breaking is a spiritual discipline that nurtures our souls and forges bold leadership across time and culture. And who better to contemplate than Esther, whose silence breaking opposed the powerful and prevented a genocide by standing with God and the vulnerable! Then and now, holy leadership is often the best resolution to wicked and unjust rulers and regimes. With every retelling of her story, a godly force is kindled within us, compelling us to join in Esther’s legacy of silence breaking today.

While rulers worldwide too often dominate and exploit others, looking only to their own interests, Esther used her privilege to align with despised outsiders oppressed by the powerful. The story of Esther demonstrates how authentic leadership is forged in intimacy with God and manifest in attention to the defenseless. Completing what Vashti began, Esther risks all for good, breaking the silence to expose her husband’s abusive regime as it amasses toward a genocide. As the story unfolds, so do the contrasts between good and evil, between righteous and corrupt leadership. With their thirst for control and exploitation, Haman and Xerxes provide a stark contrast to the bold and holy leadership of Queen Esther.

A lust for power—rooted in narcissism—swallows Haman whole. Yet equally depraved is King Xerxes! He promotes Haman to chief of staff despite his lack of accomplishments or his interest in the affairs of Susa or its people. Some commentators also believe that Haman may have been complicit in a plot to assassinate the King, averted only through the loyalty of Esther and Mordecai. Even so, Xerxes honors Haman, decreeing that all must kneel in homage. Mordecai refuses—a move that ignites Haman’s vindictiveness, and so he plots to kill Mordecai and massacre the Jews. Appealing to Xerxes’ greed, Haman asks to slaughter the Jews. Without a second thought, Xerxes agrees and both head off to get drunk.

Abdicating his responsibilities to corrupt officials, Xerxes is inaccessible and derelict as a leader. More interested in pleasure than serving the needs of his people, his indecisiveness and self-indulgence create a leadership vacuum, filled initially by Haman but ultimately by Esther—a genuine leader, a woman, and a Jew.

Unlike the inaccessible Xerxes, Queen Esther is always on hand, attentive to the vulnerable, and ready to act. She is available intellectually and maneuvers within an honor/shame culture to secure safety for the Jews. Esther is especially available spiritually. While Xerxes wallows in wine and women, Esther fasts and prays.

Esther embodies what her husband can’t—leadership that defends the vulnerable. Her husband signs away their lives, but Esther becomes their deliverer. Esther gives her people a voice, breaking the silence on Haman’s plot and delivering them from slaughter. Unlike Haman, who is bent on destroying life, Esther is ready to give her life to save others. While Haman believes he controls his destiny and that of his enemies, Esther is humble and contrite. For her, the future is unclear, but she is ready to die if necessary.

Esther’s availability, self-sacrifice, humility, and holy wisdom make her one of the great leaders in Scripture. What we see in Esther is found supremely in our savior Christ—who delivered us from our worst enemies, sin and death. Because of Christ we enter a complete rest, just as the Jews entered shalom and rest from their enemies because of Esther. In this way, Esther foreshadows our complete deliverance in Christ.

A woman leader, representing a hated minority, Esther responded to God’s call, risking her life to break the silence and stand against evil and abuse of power. In a patriarchal culture like Susa, God chose a woman as a deliverer. Scripture honors Esther (9:29) as a woman in full authority.

This Women’s History Month, let’s honor Esther by imitating her example of leadership—characterized by prayer, courage, and self-sacrifice on behalf of the marginalized. The name “Esther“ means “star.” May we—like Esther—shine God’s light on injustice, expose oppression, and break the silence on abuse wherever we find it.

Photo by Mohammad Metri on Unsplash.

PrevPreviousCaptain Marvel and the Rise of Women Warriors: A Response to Desiring God
Next3 Reasons Women’s History is So ImportantNext