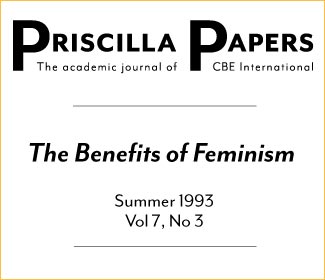 This article first appeared in The American Organist, May 1991, and is reprinted by permission.

The use of inclusive language in contemporary hymn texts has gained fairly wide acceptance in recent years. However, the selecting and editing of existing texts for inclusiveness have been far more controversial: should we insist on unequivocally neutral pronouns and titles to refer to God, the people of God, or both? How do we make judicious changes to meet poetical, legal, and aesthetic requirements while still maintaining (and, in some cases, possibly enhancing) the intelligibility and integrity of the original text?

Perhaps owing to the complexity of the above issues, it is increasingly common for individual churches to assemble and publish for their own use, legally or otherwise, hymnals or song books which attempt to be inclusive. These collections typically incorporate traditional texts altered to be more inclusive and, in some cases, to eliminate so-called archaic language. Unfortunately, the results are not uniformly successful from church to church; even recent editions of certain mainstream hymnals suffer similarly from well-intentioned yet insensitive revision.

The following set of guidelines is intended as a tool for pastors, musicians, and lay people who are in a position of editing or selecting existing hymn texts. While these suggestions have been written primarily with hymnody in mind, they may also prove useful at times for spoken prayers.

1. Certain hymns are fundamentally unchangeable without corrupting their poetry (and often grammar) or without destroying long-familiar associations (God Rest Ye Merry, Gentlemen). One solution is not to use the offending hymn at all, which is always better than using an awkward adaptation that calls undue attention to itself. (Remember that editing a text is very like surgery: the object is to remove only that which is necessary, causing a minimum of trauma to adjacent areas.) Another solution is to balance a questionable hymn with a wholly-inclusive hymn (Come Down, O Love Divine) or a hymn employing a great deal of feminine imagery (The Church’s One Foundation) elsewhere in the service.

2. There are quite a few existing hymn texts that are completely inclusive as they are. Make a list of them, use them often, and substitute them freely for others that may not lend themselves well to alteration.

3. Poetical devices, especially those lending a musical sense to the text (meter, alliteration, assonance, rhyme, onomatopoeia, etc.), must be respected at all times. Rewriting “God of Our Fathers” as “God of Our Parents” or even “God of Our Forebears” is both awkward and insensitive to the assonance of the original wording. “God of the Prophets,” with its retention of closely-linked “ah” vowel sounds, would be better.

4. It should almost go without saying that when changes are to be made, the smaller the better. One contemporary worship resource reworks a line of “Holy, Holy, Holy” thus: “Though the eye made blind by sin thy glory may not see.” This does remove the exclusive reference to “sinful man,” but the result is rather a radical change and somewhat of a tongue-twister as well. “Though the eye of sinfulness” would be a more subtle solution.

5. The question of whether to modernize pronouns such as “thou,” “thee,” and “ye” is not one of inclusivity, per se, but it is certainly one that arises often during revisions of older hymns. In general, keeping the surgery analogy in mind, it is usually better to leave archaic language alone unless real confusion would otherwise result (St. Paul’s admonition to put on “bowels of mercies,” for example).

6. Not every hymn text is great or even good poetry, and sometimes not even good theology. “Once to every man and nation/Comes the moment to decide/ … For the good or evil side” is not only arguably sexist, but it is also and, more importantly, poorly-stated theology, for the suggestion is that each person receives but one opportunity to choose salvation. It would be nearly impossible to rewrite such a text gracefully, yet what to do with the superb Welsh tune Ebenezer (Ton-Y-Botel) customarily associated with it? The Hymnal 1982 solved the problem with a text that is far superior from the standpoint of poetry, theology, and inclusiveness: “Thy strong word did cleave the darkness/ … Alleluia without end.” Thus three problems were solved at a single stroke.

7. Sometimes omitting an entire stanza is better than attempting to rewrite it. The final stanza of “Joyful, Joyful, We Adore Thee” states that “Father love is reigning o’er us; brother love binds man to man” It would be extremely difficult to make that phrase sound inclusive without writing it essentially from scratch.

8. Time takes care of some once-objectionable words, as terms such as “master” and “priest” continue to evolve through usage and social change to include both men and women. Other titles such as “Lord,” while no longer denoting men exclusively, may yet remain somewhat ambiguous. Gender connotation of such words may even vary from one part of the country to another.

9. To change a text always requires permission, either of the author, if living, or of the holder of the copyright. This usually includes materials for which duplication privileges have been purchased. To do otherwise is both unethical and against the law.