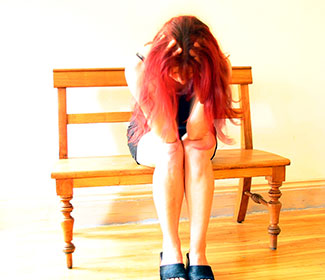 The Cost of Equality: Missionaries Choose Integrity Over Their Careers

Now I want you to know, brothers and sisters, that what has happened to me has actually served to advance the gospel. …And because of my chains, most of the brothers and sisters have become confident in the Lord and dare all the more to proclaim the gospel without fear. Philippians 1:12, 14

In the first century church, Paul and his fellow workers fought mightily for the Lord. Many Christians then — and throughout the following centuries — suffered persecution, loss, torment and death to serve the Lord and proclaim the gospel message: Christ has died for our sins; he is our salvation, our redeemer and our most holy Lord.

But today, the Church itself persecutes some Christians simply for believing God equally gifts men and women. These persecuted Christians believe so earnestly in the truth of biblical equality that they are willing to stand firm and accept loss rather than turn their backs on that belief.

For over a decade, Christians for Biblical Equality has bestowed Priscilla and Aquila awards upon those who have stood firm in their convictions.

Since June 2000, however, scores of men and women have lost their jobs, their homes and their reputations because they have stood fast behind their belief that men and women are equal in being — and equal in function.

June 14, 2000 marks the date when the Southern Baptist Convention approved a new Baptist Faith and Message statement, which includes, “While both men and women are gifted for service in the church, the office of pastor is limited to men as qualified by Scripture.”

Despite serving God as missionaries, pastors and leaders for over 20 years, Lydia Barrow-Hankins and her husband Ron Hankins were terminated as of July 31, 2003, after they refused to sign the 2000 Baptist Faith and Message.

For Lydia, signing a statement that limited the role of pastor to men only was untenable. An ordained pastor since 1981, she had been serving as a missionary in Japan for nearly 20 years when the statement was adopted. Together with Ron, Lydia had served as a pastor in several Japanese churches and, at one point, was the head pastor of a church where Ron served as an associate pastor.

Initially after the statement was approved by the SBC, overseas missionaries were told they would not have to sign it.

“We all breathed a collective sigh of relief,” said Lydia. While many of Lydia and Ron’s colleagues disagreed with the statement, they were glad they didn’t have to make a decision about signing it because “we all felt a tremendous sense of loyalty to the ministries we were involved in and to the people we were involved with,” Lydia said. However, in February 2002, the International Missions Board sent a letter to missionaries affiliated with the organization. The letter asked the missionaries to sign the statement or “face the consequences,” said Lydia.

“We were thrown into turmoil. … [But] every missionary in our city refused to sign,” said Lydia. Ron went a step further and released a statement declaring: “Christian women, although fully capable of defending them- selves and their call, should never have to; they have Christian brothers to stand with them. I stand as a brother — and I cannot and will not sign any statement of faith that undercuts the ministry of godly women.”

However, in April 2002, another request was sent, asking the missionaries again to sign the statement. In October 2002, non-signers received a third letter demanding compliance with the statement.

At that point, Lydia also discovered that her home church and her home association had signed the statement, much to her disappointment.

“To learn now that you have taken the overt step of sanctioning a creedal statement that explicitly states that women are excluded from the pastorate saddens me greatly,” Lydia wrote in a letter to the church. “I feel abandoned by the very people who went on record in Southern Baptist life to say, ‘We endorse this person as a pastor.’ Do you not realize that this woman whom you laid hands on has been serving by the grace of God as an ordained minister in Japan for the past 21 years? Under International Mission Board appointment and your blessing, I have preached, conducted the Lord’s Supper, and married people for 20 years. … I would have thought you would like to claim a part of the blessings over the years, rather than declaring that you have no part in God’s leadership in my life, or in the life of any other woman who is called by God into ministry.”

Over the course of that year, 34 missionaries resigned, citing the Baptist Faith and Message as the reason. However, 13 couples and five individuals steadfastly refused to sign the statement. In April 2003, many of them were given a last chance to sign, however, three couples were not asked again. Lydia and Ron were among them. “We were asked to resign, or be terminated,” said Lydia. On May 5, 13 missionaries were terminated. Thirty others were forced to retire or resign. Lydia and Ron were among those who were terminated. July 31 was their last day as missionaries in Japan.

The pair, who has never held ministerial posts outside of Japan, lost their salaries, benefits and termination courtesies — as well as the acceptance of the very church that ordained them.

‘The tables are turned …’

But Lydia and Ron did not go quietly into the night. Neither did the Trulls or any of the others who lost so much because of their beliefs.

The Trulls have publicly and openly agitated for gender equality since leaving New Orleans Baptist Theological Seminary. Currently the pair publishes Christian Ethics Today and ministers together at the Baptist Church of Driftwood.

They also recently published Putting Women in Their Place: The Baptist Debate Over Female Equality, which includes essays about gender equality in light of the 2000 Baptist Faith and Message.

Meanwhile, Lydia and Ron have risen from the ashes — and learned more about the faithfulness of God. Before she was terminated, Lydia served as the chaplain at a Japanese Baptist school. The International Mission Board paid her salary. However, when word came that she was to be fired, the administrative board at the school asked her to remain and created a salaried position for her. “It’s a very affirming thing to feel wanted,” said Lydia. “As a woman in ministry, this is a wonderful thing. … The tables are turned. My Japanese colleagues are taking care of us.”

Meanwhile Ron, who sensed the impending end of his position with the International Mission Board, began exploring employment options in Japan. He had already changed the emphasis of his ministry from pastoral duties to emphasizing marriage and family. Over the next year he will be making the transition from missionary to therapist.

“God is good,” said Lydia. “God is so good. … [Our situation] has all worked out and we are extremely, extremely grateful.”