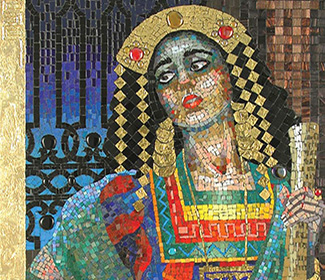 One of the joys I have living in Minnesota is observing the service and sacrifice individuals make for one another, particularly in the fall. Almost every autumn, I hear friends describe how their family or neighbors worked throughout the night, or over the weekend, to help them get the apples picked and the wheat harvested.

The sense of shared responsibility, the call of sacrifice for one’s family and community, and a concern for those who are vulnerable and need our help are particularly evident in agricultural communities like Minnesota. Farms remind us that we must depend on each other; that we are placed on this earth to help one another. To realize this is to live close to the truth, noted in the book of Esther, that our devotion and even our faith in God is often best expressed as service and sacrifice on behalf of others. This is perhaps one of the truest forms of biblical leadership, and it is a calling of all believers,  regardless of our gender, ethnicity, or education.

The trouble is we live in a world where leadership is rooted in dominance, power, and self-interest. What is worse, leadership is not always associated with one’s character, holiness, or intimacy with Christ. Have you ever noticed the vast number of workshops, seminars, books, and curriculum that address the topic of Christian leadership? Clearly, everyone wants to be a leader and, certainly, much of this material is useful. But, I have often wondered what would happen to our longing for leadership if we structured this conversation on the notions of service and character development? How many people would attend the Servant’s Summit? Would a book titled Ten Practical Ways to Lay Down Your Life, Take Up Your Cross, and Serve Your Neighbor in Need (Especially a Neighbor That Annoys You) become a bestseller? Maybe not. Yet, the story of Esther teaches us that authentic leadership arises from one’s character and is focused on the needs of others, particularly those who are defenseless or alone. Let’s examine what characterizes the three most prominent leaders in the book of Esther: Haman, Xerxes, and Esther.

We become acquainted with Haman in chapter three. Esther, who has been queen now for five years, is oddly absent, perhaps so that we might notice Haman—his depraved character, his fragile ego, and his vindictiveness. Haman, we learn, is an Agagite—a people associated with the Malekites who, since the time of King Saul, were the enemy of the Jews. Haman has all the more reason to loath Mordecai, judging him according to their cultural animosity.

It is impossible to miss the narcissism that swallows Haman whole: it’s all about Haman. Though Xerxes has promoted Haman to what might amount to chief of staff or head of his cabinet, we are left wondering why. What motivated Xerxes to give such enormous responsibility and power to Haman? After all, the text does not point to any significant accomplishment of Haman. Nor do we read that Haman is concerned with the affairs of Susa, its residents, or the king. In fact, there is some hint that Haman may be complicit in an attempt to assassinate the king. At the end of chapter two, we note that two of the king’s officers:

…guarded the doorway, became angry  and conspired to assassinate King Xerxes. But Mordecai found out about the plot and told Queen Esther, who in turn reported it to the king, giving credit to Mordecai. And when the report was investigated and found to be true, the two officials were impaled  on poles (v. 21–23).

Immediately afterward (v. 3:1–2), we learn that Xerxes decides to honor Haman, rather than Mordecai. As a result, all the royal officials kneel down and pay honor to Haman — all except Mordecai. Why? Commentators suggest that Mordecai may have learned of Haman’s plot to assassinate the king by way of these two guards. Perhaps Mordecai feared that Haman’s rise to power would make him even more dangerous to the king? We know that Mordecai was a devoted servant of Xerxes. This may be why, after gaining power, Haman devises a way to “destroy all Mordecai’s people” (v. 6). Feigning concern for the king, Haman approaches Xerxes and says:

“There is a certain people scattered and separated among the peoples in all the provinces of your kingdom; their laws are different from those of every other people, and they do not keep the king’s laws, so that it is not appropriate for the king to tolerate them. If it pleases the king, let a decree be issued for their destruction, and I will pay ten thousand talents of silver into the hands of those who have charge of the king’s business, so that they may put it into the king’s treasuries” (v. 8–10, NRSV).

Haman appeals to Xerxes’ greed and places a vulnerable minority group — the Jews — at the mercy of a wealthy and powerful government. He is preying upon those who are weak. And Xerxes, without thinking, tells Haman, “Do as you see fit” (v. 11, NRSV). The king lends Haman his signet ring, approv­­ing Haman’s plan to kill the Jews — all on the eve of Passover.

Perhaps you find it troubling, as I do, that the king gives such little thought to Haman’s plan to genocide the Jews and wipe out a minority people. The fact that he hesitates not one moment in granting Haman his approval shows us how unsuitable for leadership Xerxes really is. By abdicating not only his power to Haman, but also responsibilities to his people and to his throne, Xerxes becomes a puppet king, giving his kingdom over to a dangerous and vindictive man.

What characterizes Xerxes’ leadership is his inaccessibility.  He continually transfers decisions and responsibilities to others — to his eunuchs, to Haman — particularly when he is bribed by wealth (10,000 talents of silver, the equivalent of two-thirds of Susa’s annual gross national product). Xerxes invests more time in drinking and throwing parties than he does in serving his people. Through his absence, Xerxes creates a leadership vacuum that makes life dangerous to those who are weak and vulnerable. Yet, as life grows hazardous, an un­­likely leader steps into the gap — a woman, and a minority woman at that.

Unlike Xerxes, Queen Esther is always accessible and ready for action. She is available when Vashti is disposed. And she assumes leadership when her husband abdicates his authority to others. It is Esther who accepts and receives what her husband cannot: the call to protect those who are vulnerable. Her husband signs away their lives, and Esther becomes their deliverer.

Like Moses, Esther is uniquely poised to deliver the people of God from within an oppressive social structure
(v. 4:13). Without hesitation, Esther accepts her call to leadership by first joining the Jews through fasting and prayer. Recognizing that authentic power comes by way of intimacy with God, Esther seeks God by sharing in the pain of others.

Esther’s leadership, at every turn, stands in stark contrast to the failures of leadership not only of her husband Xerxes, but also to those of Haman — who is perhaps one of the most self-absorbed individuals in all of Scripture. Haman’s need for continual affirmation, control, and self-aggrandizement is limitless. While Haman is bent on destroying life, Esther is ready to give her life to save others. Haman believes he is in control of history, but Esther is less sure. For Esther, the future is not certain. Yet, even so, she is humble and ready to serve, even if her life is required. Esther’s availability, self-sacrifice, humility, and wisdom make her one of the great leaders in Scripture — one who is celebrated yearly by Jews around the globe. During the festival of Purim, Jews read the entire book of Esther, recalling how God’s love and rescue is evident through leaders like Esther. For Christians, most supremely in our savior Jesus Christ, we too are delivered from our fiercest sin and death. In many ways, then, Esther foreshadows our complete deliverance through the cross.

Esther shows us that leadership is responsiveness to God and to those who are hurting. It is a readiness to self-sacrifice, and it has everything to do with character, intimacy with God, and closeness to those who are vulnerable. May we, like Esther, live in solidarity with our Lord through service to those who are in need, recognizing that the gospel is made intelligible through authentic holiness and service to others.

Tweet
PrevPreviousNewness of Life in Christ
NextWomen’s Calling as EzerNext