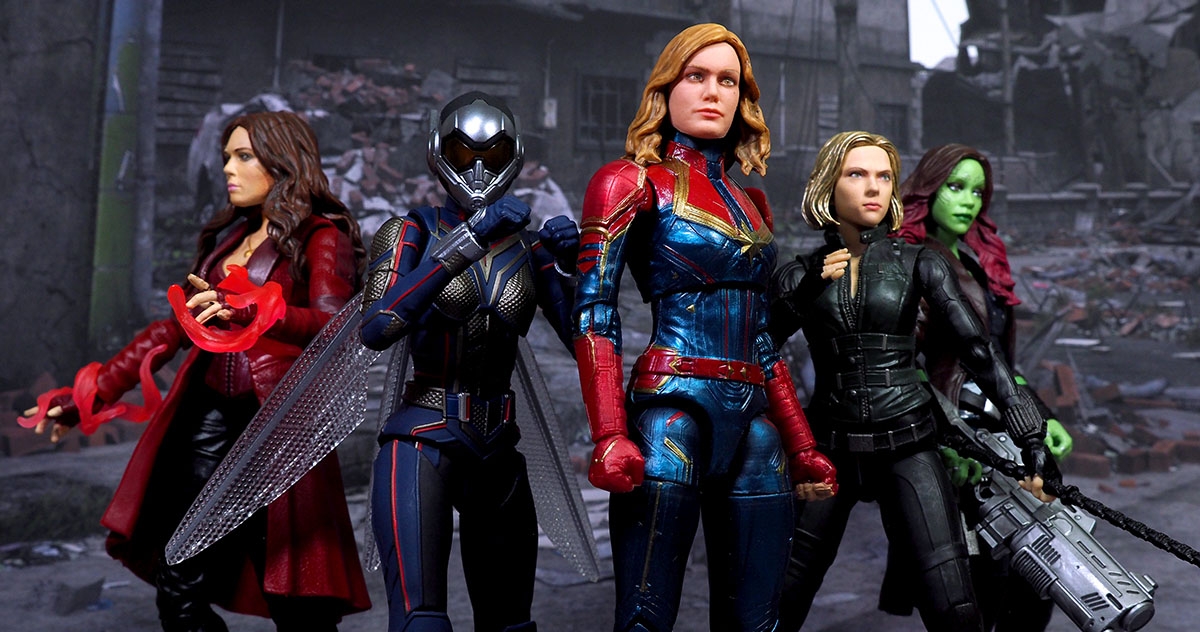 Captain Marvel and the Rise of Women Warriors: A Response to Desiring God

Yesterday, Desiring God published an article (by staff writer, Greg Morse) lamenting the hit Captain Marvel movie, and specifically its “feminist agenda.” According to Morse, feminist ideology “contrasts so unapologetically with reality” that it can only be sustained in an alternate universe. Morse writes:

“Verse after verse, story after story, fact after fact, study after study, example after example dispels the myth of sameness between the sexes. The alternative universe where an accident infuses the heroine with superhuman powers, however, seems to stand as a reasonable apologetic for the feminist agenda.”

This is a classic strawman argument: studies say that men and women are not exactly the same. Therefore, the feminist agenda is mythology only suitable for a fictional alternate universe. Yet, Morse doesn’t actually cite any studies or verses or stories or facts that “dispel the myth of sameness between the sexes.” And the reality is that it doesn’t matter—because that was never his real critique.

Morse says himself that the movie is about the heroine finding her “identity as a woman.” He quotes the president of Marvel Studios as saying that she’s a woman who has been held back “from being able to pursue the kinds of things she wanted to pursue.” Things she, a woman, wanted to pursue. It’s about learning to live into her identity and to overcome artificial boundaries placed on her simply because of her sex. She isn’t trying to be the same as men; she’s trying to be herself!

Morse’s arguments against what he perceives as a case for men and women’s sameness in Captain Marvel stem from a desire to believe that no women are ever called and gifted to be fighters, leaders, or warriors and that protecting others is the sacred, exclusive role of men. But the Bible itself contradicts that in the book of Judges.

Deborah was a judge over Israel, leading an entire nation and its army. She was highly regarded, and no negative words are written about her in Scripture. Deborah ruled over Israel and was chosen by God to lead the Israelites to freedom.

Deborah and Jael were not neglecting their “roles” as women, or trying to become like men. They were both living into their identities as strong women, and doing exactly what God called them to do! They would’ve failed if they’d allowed manmade boundaries to hold them back! Israel’s fate at that time depended on these women being the fierce, wise, and strong leaders that they were!

Morse goes on to write, “As I consider Disney’s new depiction of femininity in Captain Marvel, I cannot help but mourn. How far we’ve come since the days of Sleeping Beauty and Snow White” (these examples have since been removed).

Morse seems to regard these Disney tales as biblical, but when I consider Disney’s depiction of women in stories like Sleeping Beauty and Snow White, I lament how far the cultural image of women strayed from God’s story! And I’m thankful to see women being portrayed in movies like Captain Marvel as the heroes that God has designed them to be.

In Snow White, the poor princess is poisoned by the evil queen, and believed to be dead. She is even placed inside a glass coffin, and is only brought back to life by a kiss from the prince (again without consent from an unconscious woman). And it’s notable that the villain in each of these movies is a woman as well.

That the author holds up these two films as examples of a lost standard for womanhood worth lamenting is concerning. Why? Because women in these stories appear to be little more than props. Men are the true heroes. Men have the adventure. Men save the day. The women are barely more than bodies on display, waiting to be kissed. I hope Morse isn’t actually trying to say that women should be props in the stories of men, but I also think the inclusion of these fairytales communicates that message.

Morse goes on to say that the great evil of feminism is sending women to war to die, when only men should fight. Women should, presumably, just lay around, waiting for the men to win the war and come give them life. He then claims:

But indeed, few actions display our resolve to honor our women more than excluding them from the carnage of the battlefield. Where can we more clearly display our ultimate resolve to love our women as queens than to step into hell on earth as sacrificial pawns in their defense? Generation after generation has mobilized its men to be devoured — that its women might not be.

First, I’m sorry that he seems to see the loss of men as less grievous than the loss of women. Created in the image of God, men’s and women’s lives are equally sacred. Second, whether he means it this way or not, the use of the possessive pronoun “our women” comes across as suggesting that women are possessions.

Morse says women are too precious to fight, so men must take on the role of hero and protector. He then contrasts this ideal with the “feminist agenda,” which he sees as eager for women to fight and die in war. But what feminism actually says is that, though war is a horrible reality of the broken world we live in, some women are gifted and called to be fighters. And rather than advocating for strict gender roles, we should simply say thank you to the capable women who serve in the military every day, using their gifts and strength and wisdom to try and make the world safer for everyone.

Morse writes that our government is “sending our daughters—stripped of photon blasts and the ability to fly—to fight our wars.” But as far as I know, our government doesn’t send our daughters into any battles they haven’t chosen to fight.  They simply allow women who are strong, brave, talented, and capable to fight for their country if they choose (and are able) to fight.

Morse believes it’s “shameful” for men to “hide behind their women.” But he doesn’t consider that perhaps men and women are both stronger when they fight together. Morse says it’s a man’s glory to die for women. But I hope that Morse knows his glory is in his identity as a child of God, not his ability to fight or die on behalf of the opposite sex. And what pleases God is seeking justice, loving mercy, and walking humbly with God (Micah 6:8).

Morse finishes by stating that God’s story is of “a Son who slew a Dragon to save a Bride. Jesus did not put his woman forward, and neither should we.” But he seems to be forgetting that he’s not Jesus. He’s the Bride.

Jesus laid down his life for all of us equally, both men and women. He then empowered both men and women with the Holy Spirit, raising us up to do great things through his power and in his name (Acts 2:17-18). And we all are called to lay down our lives for each other. That often means discovering and cultivating strength in others, including women.

The primary dichotomy driving Morse’s article is the strength/power of men and the contrasting helplessness of women. This is obviously not a biblical view of male-female relationships. Scripture clearly illustrates partnership, equality, and equal and free use of gifts (Gal. 3:28). So instead of elevating Disney fairytales as illustrations of God’s ideal, we should look to the Bible, where we find countless examples of women heroes who answered God’s call and used their gifts freely to make the world safer.

It would be a great loss to the world if all the strong and gifted women laid around in glass caskets waiting to be rescued. No one should squander the gifts they’ve been given because of artificial boundaries. If, instead of restricting, we choose to build each other up, helping each other to discover our gifts and strengths, we too will raise up great heroes like Deborah. And it will be good.