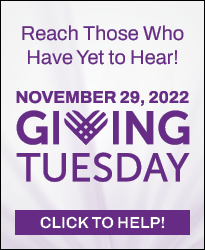 One of my objectives in visiting Central America – and particularly Nicaragua – was to attempt to see this tragedy through the eyes of women and children. Upon arriving at the Jarmie Mayer Study Center in Managua, my eyes caught the title of a book on a shelf in the entrance hall: Sandino’s Daughters by Margaret Randall. Having been acquainted with the author’s previous writings, I knew her book would provide me with a clear picture of the extensive involvement of women in the revolution (although I would need to work through her personal ideological bias).

In her account, I saw women from all socioeconomic and religious backgrounds united for one purpose: overthrow of the Somoza regime. The life stories were so engaging that I found myself reading late into the night, even following a full day of exploration in the Nicaraguan countryside. Later, these stories gave insight into the words of Anna Maria Carnoles who, when asked what she wanted most for her two-week-old daughter, quickly responded, “I want her to know that she is a child of Sandino, and I want her to grow up to know all about the revolution.” A further question concerning church revealed she had been a faithful Roman Catholic but now viewed the church as an oppressor.

Later that day, a lunch conversation with Rosario, a Health Department official, revealed further conflict. She articulated many of the strides in recent years made by and for women. In their own caucuses, women helped write the post-revolution constitution, which includes statutory equality with men and the right to own property, adopt children, take three months’ maternity leave, earn equal pay, and keep their own checkbooks. One special law even forbids the use of women as sex objects in advertisements.

Were these laws actually enacted and enforced? Rosario answered from her personal life experience. “I am a single parent with three children,” she stated. “My ex-husband is a professor at the university. He believed in the right of women in his head but he couldn’t work it out at home.”

I searched for a response from an evangelical believer. “Maybe these issues aren’t important to them,” I mused. “Perhaps they will be reactionary to the radical feminist and strongly hold to a hierarchical position.” My thoughts rolled on restlessly.

The next afternoon, Rev. Miriam Escorcia quietly entered the dining room. Rev. Escorcia is an ordained Assembly of God pastor and the general coordinator of pastoral work with women for CEPAD, the Nicaraguan Christian development agency. She shared how radical feminists in Nicaragua had organized many affirming and wonderful things for women in their country but had also encouraged them to trade their faith in God for political ideology. On the other hand, North American evangelical missions organizations were telling women to be obedient to macho husbands. Women were being denied their rights within the local church and were suffering much abuse. Coupled with all this were the realities of war.

Miriam realized that women need the comfort, strength and power of Scripture to move out of the dichotomies presented to them. So she began to organize the women into a network of fifteen regional committees. She is now working with approximately ten thousand women from sixty evangelical denominations. Their task is twofold: biblical study and theological training; and promoting mutual aid and assistance for members and community women.

Miriam teaches from a biblical feminist perspective. She begins with a character study of women in Scripture so the women can see God and God’s love and affirmation of them. She follows this with a study of the “troublesome passages” in the New Testament because the radical feminists used them to deny the value of Scripture and the conservative evangelicals used them to justify women’s passivity. When asked if the war and violence had weakened their faith, Rev. Escorcia replied, “We see that the spiritual lives of these women are growing because they are turning to Scripture in response to their own experiences. With the increased aggression again Nicaragua, we have seen the number of women in our program increase.”

She recounts with grief, pain, and anger the many mothers she has supported during their loss of sons and fathers in the war. One such memorial service was for ten young men from the small town of Nueva Guinea in northern Nicaragua, all killed by the contras. “The mothers of the ten are all believers, and some are even deacons in evangelical churches. We need to pray together for peace,” Miriam continued. “Support from North American churches is very important.”

My questions had been answered many times over. Through Miriam Escorcia, I knew biblical feminism in action – and women as image bearers of God.