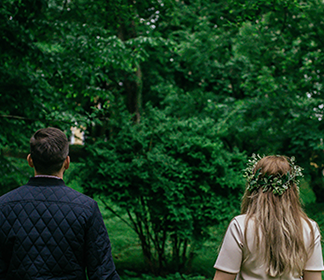 The Ancient Roots of Western Sexism

Recently on Arise, Jeff Miller wrote about the long history of women in the church, dispelling the idea that egalitarians are merely adopting current cultural ideas about women. He rightfully points out that women have served and led in the church for centuries.

As a corollary to this, we should also acknowledge that patriarchy and the oppression of women have also played large roles in both culture and the church for centuries. In fact, far from being countercultural, many complementarian claims about men and women are echoed outside the church.

Today, I’m looking in particular at the claim that women are biologically disposed towards emotion and relationships and thus not as well suited for fields based in logic (like science and technology) or for leadership positions. We can find these claims in complementarian theology but also in numerous non-religious sources.

For a few examples: In 1992, John Gray published Men are from Mars, Women are from Venus, a best-selling book that reinforces the idea that women are emotional and relational, unlike men. In 2005, Lawrence Summers, then president of Harvard University, suggested that biology rather than discrimination kept women out of scientific fields. Just this summer, a now-former Google employer wrote a memo in which he raised questions about the ability of women to excel as programmers and hold upper-level management positions.

Most non-complementarians who assert innate differences between men and women root their arguments in science, often in their understanding of evolutionary psychology. The similarities between complementarian views and gender and evolutionary psychology are clear: both begin by granting primacy to biology (nature)—whether created directly by God or arising through evolution — over sociology (nurture), erasing the multitude of social pressures that keep women out of tech fields and leadership positions.

Both positions simplify much research that has been done on the differences between men and women. Much research shows that, while differences certainly exist, just as much or greater variation exists within genders as between them, undercutting the idea that our biology determines our skillsets.

Both also ignore much of the evidence we have from thousands of years of human civilization. Men’s greater muscle mass certainly makes them, on average, better hunters and warriors; women, of course, are often kept closer to home by the demands of pregnancy and breastfeeding. However, the division of labor in ancient agricultural societies, and even in more developed medieval and early modern societies, is hardly clear-cut along gender lines nor does every society fall into the same gender patterns.

Complementarians, of course, rely on their interpretation of Scripture rather than science to make their point. However, the similarity between these two arguments is worth teasing out a little bit further. Is there a root ideology behind these two modern arguments about the differences between men and women?

I believe there is: Greek philosophy. We all know that the ancient Greek thinkers, including men like Plato, Aristotle, and Hippocrates the physician, had (and still have) lasting influence on the development of Western society. We shouldn’t be surprised, then, that their views on women also continue to inform modern views.1

For many of the ancient Greeks (not all; the Spartans are a notable exception), women were inferior to men both psychologically and physically. Greek doctors, like Hippocrates, saw women physically as mis-formed or underdeveloped men—and it’s no accident that ancient Greek sculpture focused on youthful male bodies as the height of physical perfection.

Psychologically, women in ancient Greece were viewed as less capable than men; significantly, Aristotle sees women as incapable of fully developing moral virtue. Women were associated with emotion and with the body (sound familiar?), men with rationality and abstract thought — and rationality was much more highly valued.

To be fair, most modern people — including most complementarians — would reject the notion that women are physically mis-formed men or that women are incapable of developing moral virtue. But the persistent association of women with emotion and the recurring assumption that women are simply less capable of logical, scientific thinking show that Greek ideas about men and women have not disappeared from our society.

So why does this history matter? It’s hardly a secret that Western society has been patriarchal for the entirety of its existence, or that this patriarchy still informs modern society. But I think it does matter that these persistent ideas about men and women, and particularly the idea that women are somehow less capable leaders and thinkers than men, have roots in the ancient philosophies that shaped Western thought.

Some may argue that the Greeks were simply recognizing created realities — but if their biology was so far off the mark,2 is it that surprising that their ideas about the moral and psychological nature of women might be as well? And especially as Christians, we need to carefully assess whether our readings of Scripture are influenced in problematic ways by these deeply-rooted cultural ideas about men and women.

In the third century AD, the theologian Tertullian famously asked what Athens has to do with Jerusalem, arguing that Christianity needed to separate itself from Greek philosophy. This is, of course, a complicated question — many theologians have grappled with whether it is possible, or desirable, to disentangle Christianity from Greco-Roman culture — but one with particular relevance to this issue of gender roles.

The primacy of rational thought in Greek culture, and the association of men with rational thought, is still deeply engrained in modern Western culture as evidenced by both complementarianism and the Google memo, among a multitude of other examples. And reading Scripture through the lens of Western ideas about women, deeply influenced by Greek philosophy, is bound to distort God’s view of men and women.

We should allow Tertullian’s question to challenge our notions of manhood and womanhood, even as egalitarians. It’s impossible to fully remove ourselves from our cultural assumptions. But the more aware we are of them, the more aware we will become of the ways they may blur our understanding about men and women and the ways in which God intends us to work and relate together.

1. I should note that I am simplifying here—Plato and Aristotle, for example, seem to have had different opinions on the roles women could play, especially in Plato’s ideal society as described in the Republic. While Plato does assume that women have a weaker nature, he also argues for their education and even their involvement in governing his ideal society.
2. The Greeks also believed that women were mere incubators of children, providing the inferior material portion of babies—male sperm, like a seed planted in the soil, carried the life and the soul of the infant.

More articles by Sarah Lindsay:
Is The Church Too Feminine?
Why Husbands Can’t “Get Her Ready for Jesus”
How A Pastor and A Church Changed Their Stance on Women in Ministry